Every year more than one million people die from diseases carried by mosquitoes, flies, ticks and other insects, such as triatomine bugs. These vector-borne diseases – which include malaria, dengue, yellow fever, Japanese encephalitis, Chagas disease and leishmaniasis – cause chronic illness and immense suffering for hundreds of millions more. 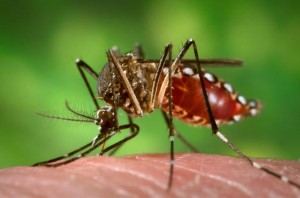 Climate change, altered habitats and increased international trade and travel are exposing more people to the vectors that transmit these diseases. They present a risk in all regions, including countries where the threat had formerly been eradicated, but the most affected are the world’s poorest people, especially those who live in remote rural communities far from health services or in urban shanty towns. By profoundly affecting people’s health, vector-borne diseases are a serious impediment to poverty reduction and sustainable development.

As we work to achieve the Millennium Development Goals and define a post-2015 development agenda, let us recognize that investing in vector control and disease prevention is a wise and necessary investment. We have the scientific knowledge and have developed proven interventions to tackle these diseases. In Africa, for example, more than 700 million insecticide-treated bed nets have already helped to cut malaria rates dramatically, particularly among children and pregnant women. 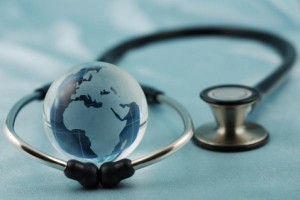 Sustained political commitment can save millions of lives and yield substantial social and economic returns. But it is important to recognize that vector control goes beyond the health sector. Poorly planned development initiatives — such as forest clearance, dam construction or irrigation to boost food production — may increase the disease burden. Addressing this issue demands an integrated, coherent and united effort across many sectors, including the environment, agriculture, water and sanitation, urban planning and education.

Everyone has a role to play in the fight against vector-borne diseases – international organizations, governments, the private sector, civil society, community groups and individuals. On this World Health Day, I urge countries and development partners to make vector control a priority. Let us work together to tackle this serious but eminently preventable threat to human health and development.