« Older: It starts with the first step: my journey in Crossfit with CrossfitCFS
Newer: » SPTC and Ramon’s Village donate golf carts to the PolyClinic

PAHO/WHO release new statistics on Dengue in the Americas 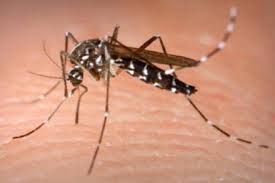 Press Release-Washington, D.C., May 29, 2014 (PAHO/WHO) – The number of dengue cases in the Americas increased five-fold between 2003 and 2013, according to data presented this week at a high-level regional meeting on dengue hosted by the Pan American Health Organization/World Health Organization (PAHO/WHO) this week.

Despite countries’ efforts to control the disease, dengue continues to spread due to uncontrolled, unplanned urbanization, lack of basic services in communities, poor environmental management, and climate change, among other reasons. In the Americas, nearly 500 million people are at risk of contracting the disease.

“Controlling the Aedes aegypti mosquito, which transmits the disease, is a great regional and global challenge,” said Marcos Espinal, Director of the Department of Communicable Diseases and Health Analysis at PAHO/WHO. “All government sectors, communities, and families have to work together to fight the vector and control this disease, which knows no borders, discriminates against no one , and is everyone’s problem, not just the health sector’s.”

Canada, continental Chile, and Uruguay are the only countries in the Region that have reported no dengue cases to date (despite the presence of A. aegypti in Uruguay). The United States detected dengue for the first time in 2007 and by 2013 had registered 1,292 cases, although none were severe or resulted in death.

Despite the increasing incidence of dengue, the trend in case-fatality rates has been downward. According to PAHO/WHO data, case fatality from dengue in the Americas fell from 0.07% to 0.05% in the last three years––a reduction attributed to better clinical management of patients since implementation of new PAHO/WHO guidelines began in 2010. PAHO estimates that improvements in care prevented about 1,500 deaths last year, equivalent to over 25% of all deaths from the virus over the previous decade.

“Recognizing the lack of a vaccine or specific drugs for this health problem, countries have made major efforts to prevent deaths from dengue through timely treatment, following the new WHO recommendations,” said Luis Gerardo Castellanos, head of the PAHO/WHO Neglected, Tropical, and Vector-borne Diseases Unit.

Dengue control efforts in the Americas are guided by the Integrated Management Strategy for Dengue Prevention and Control (IMS-dengue), adopted in 2003 by PAHO/WHO Member States. The strategy has five components: strengthening epidemiological surveillance systems, strengthening laboratory capacity for dengue diagnosis, monitoring and control of the vector through integrated vector management, effective clinical management of patients, and social communication.

“Aedes aegypti is an urban mosquito that lives in our homes, which means we have to eliminate its breeding sites to prevent it from reproducing,” explained José Luis San Martín, PAHO/WHO regional advisor on dengue. He emphasized that “the fewer infected Aedes mosquitoes there are circulating, the fewer people will be at risk of being bitten and contracting the disease.”

In addition to dengue, A. aegypti also transmits the chikungunya and yellow fever viruses.

WHO chose vector-borne diseases, including dengue, as the theme of this year’s World Health Day, calling attention to these diseases as a global public health problem.

The Meeting on the State of the Art for the Prevention and Control of Dengue in the Americas, held May 28-29 at PAHO headquarters in Washington, D.C., brought together staff from PAHO/WHO country offices in the Region and representatives of scientific and academic institutions, civil society organizations, public agencies, and the private sector, who reviewed the last 10 years of efforts to control dengue and its vector in the Americas.

PAHO, founded in 1902, is the oldest international public health organization in the world. It works with its member countries to improve the health and the quality of life of the people of the Americas. It serves as the Regional Office for the Americas of WHO and is part of the Inter-American system.