The San Pedro Town Council (SPTC) is finalizing the first phase of infrastructural road work for northern Ambergris Caye. The first oftwo phases will see three miles of the northern road paved at a cost of $3 million. Work is expected to begin at the end of May, joining road improvements in the other parts of the island. 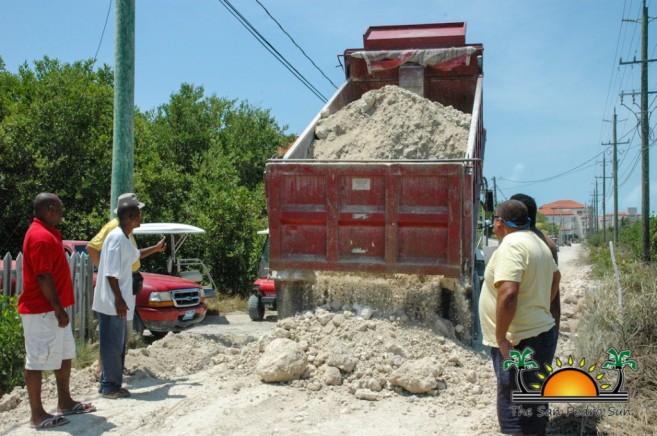 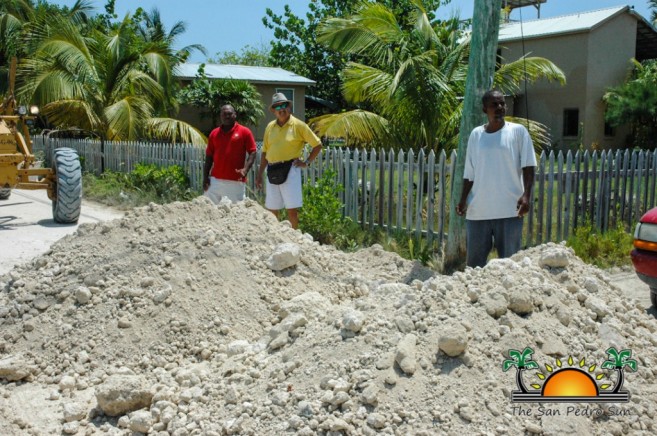 According to Mayor Danny, the first phase will see three miles of concrete slabs placed on the officially declared road from Grand Caribe Resort southwards to the Sir Barry Bowen Bridge. “We are working with Medina’s Construction Company to carry out this major investment. We will start from Grand Caribe and head southwards towards the bridge. In the second phase, we will move from Grand Caribe to four miles northwards which should be in the general area of X’tan Ha Resort. That area represents 80% of resorts and hotels on northern Ambergris Caye.” 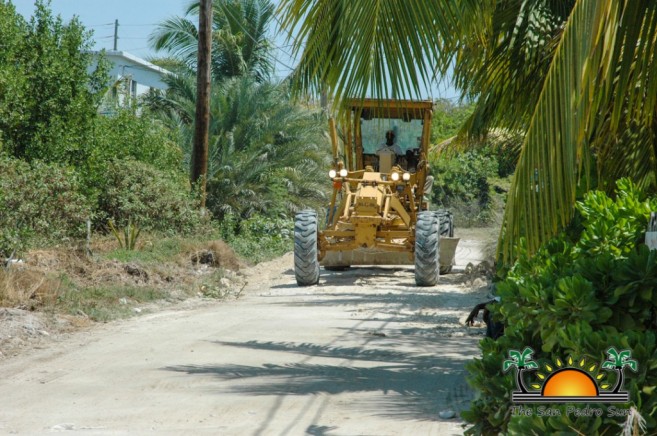 When asked how this investment will factor into future investment by utility companies, the Mayor said that sufficient space will be left beside the road for them to conduct their works. He cautioned however, that in some areas where residents have plants outside of their properties, the SPTC will have to remove them to accommodate the road. “I will be asking the property owners for their cooperation,” said Guerrero.
Currently, work is being carried out in rougher patches of the road between Grand Caribe southwards. According to the Mayor, the current work on that portion of the northern road will solidify the foundation for the concrete pavement that will follow. 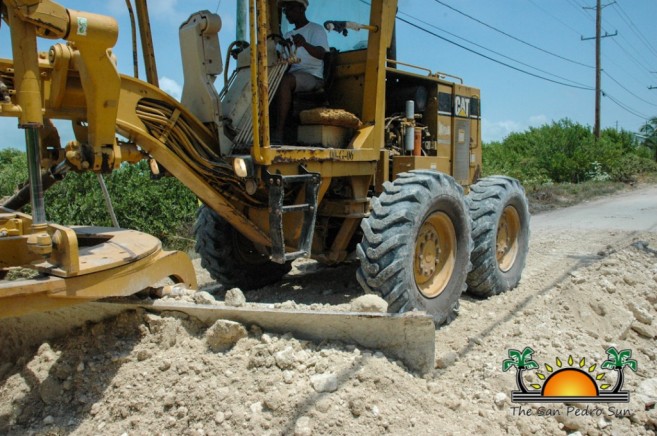 Improvement is also being done further north of Grand Caribe Resort as well as in the SanPedritoArea. Over 40 barge loads of hardcore material, combined with crushed limestone,are being brought to the island to improve the road conditions in residential areas. “We continue to improve the roads in the residential areas of San Pedrito and San Mateo. In fact we are opening a much needed road in the San Pedrito area. In addition to the work that is being planned for the north, we will also be putting limestone material that we acquired on the island to areas that need repair. The SPTC is also working to have a few roads within San Pedro Town paved in three different locations. So we are not neglecting any area, we will continue to work on roads within the town,” explained the Mayor. 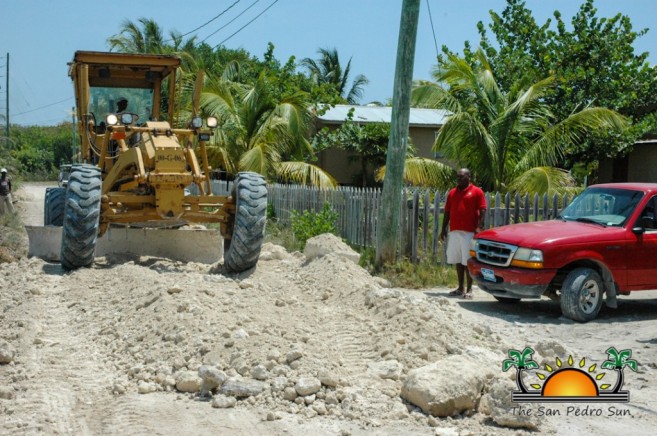 The improvement to the roads in the residential area of San Pedro Town is being financed by the municipality. The $3 million investment for the pavement of the first phase of the project is a joint effort between the central government and the SPTC.