Work on the first phase of the Ambergris Caye northern road has commenced, and is expected to be completed in three months. Construction started on Friday August 15th and in the first week, 600 feet of concrete material have been laid down by AM Construction, the subcontracting company that is executing the project. The entire project, aimed at improving the tourism fabric on the island, is estimated at $7 million. The first phase is being financed by the Government of Belize (GOB) at an estimated $3 million. 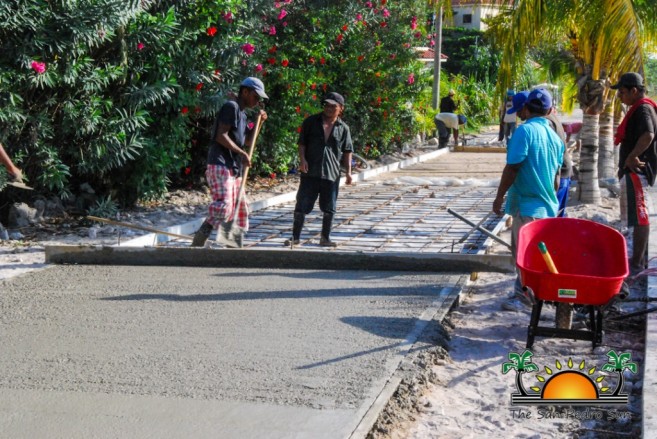 The total project includes the concreting of seven miles of road, a distance that extends from the Sir Barry Bowen Bridge to Blue Reef Resort. The project has been broken down in two phases, the first of which will see three miles of pavement from Belizean Shores Resort to the bridge, and costing $3 million. The second phase will consist of four miles of pavement running from Belizean Shores Resort to Blue Reef Resort, with an estimated cost of $4 million. The first phase of the project is being executed under the auspices of The San Pedro Town Council (SPTC). The SPTC had initially approached GOB for permission to secure a private loan, but instead, the government decided to fund the first phase of the project. 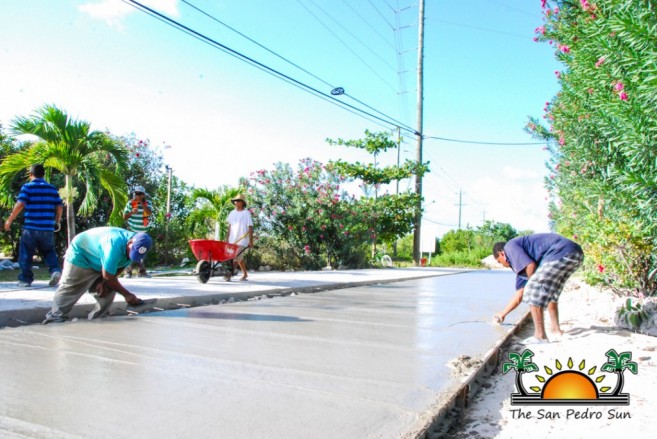 According to the Mayor of San Pedro Town Daniel Guerrero, the project is expected to boost tourism activities and improve the tourism fabric of the island, which is in line with the council’s political mandate. It is also expected to increase real estate values. “This is a project that we promised, but more importantly, it is a project that is going to boost the economy on the island…it will be good for guests, for tourists and good for everyone; it is going to benefit everyone. We want to service the majority of our hotels and resorts. When we complete this seven miles project, we will have serviced over 98% of our hotels across the bridge…this will be a legacy for San Pedro Town. It will add something to the island because bicycles, golf carts and the motorcycles driving or riding up north will have to use the road. Residents will have no excuse to ride or drive on the beach front,” said Guerrero. While monies for the first part of the project are coming from the GOB’s coffers, Mayor Guerrero said that the SPTC is hoping that GOB will also undertake the second phase. If GOB cannot, the council will be looking at other options. 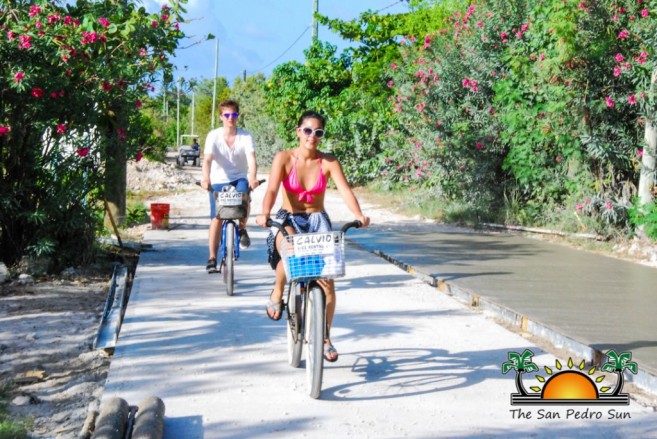 The project was awarded to RGB Construction, but sub-contracted to AM Construction who is executing the project. According to AM Construction Foreman Samuel Pott, if there are no weather delays, the project should be delivered in a span of three months. “We are using good quality material supplied by Medina’s Construction. The concrete road will be 20 feet across but because we don’t want to stop the flow of traffic, we are doing the first ten feet on one side then once it is hard enough, we will proceed to the second section of the road,” explained Pott. 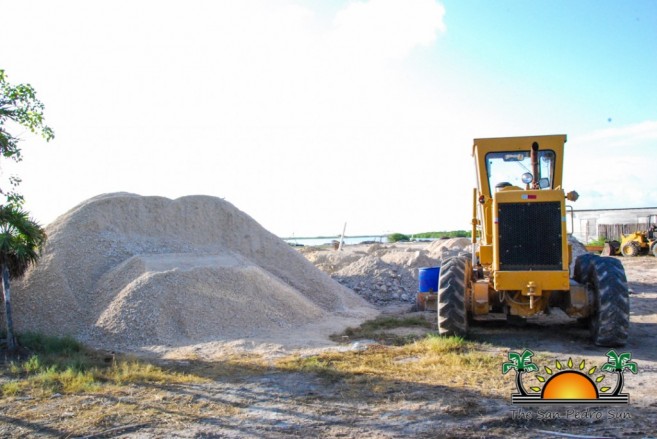 Pott indicated that the contract does not include placing shoulders along the sides of the road but rather the paving of three miles of road along with speed bumps near resorts. He did say that sand will be place on the shoulders of the road so that vehicles can be able to make it onto the concrete pavement. In regards to drainage and maintenance Pott added that, “we cannot avoid flooding on an island so when we have these conditions, the road will be under water…we foresee that maintenance will be done perhaps in 20 years from now because we are using 4000 psi (pounds per square inch) quality concrete. That is enough to put a [loaded] truck three days after the road is paved. The base has 3/8 size steel so the pavement is of good quality.” Instead of slabs that are common within town, the road is being paved with concrete that will have three-inch deep cuts at various points on the pavement to prevent it from cracking. 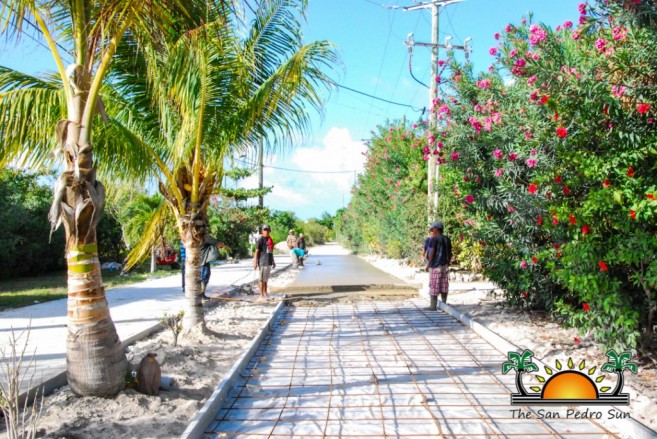 Unlike the resistance faced with the construction of the bridge back in 2005 (completed 2006), Mayor Guerrero said that resorts and residents have generally welcomed the project since it will benefit the community. The Mayor is positive that the concrete road will make the lives of everyone better, especially when police and drivers of emergency vehicles can access the area in a more timely manner in case of an emergency. To prevent and minimize speeding on such a long stretch of road, the Mayor said that the SPTC will be installing proper speed bumps, and once the road is completed, will conduct traffic patrols daily. 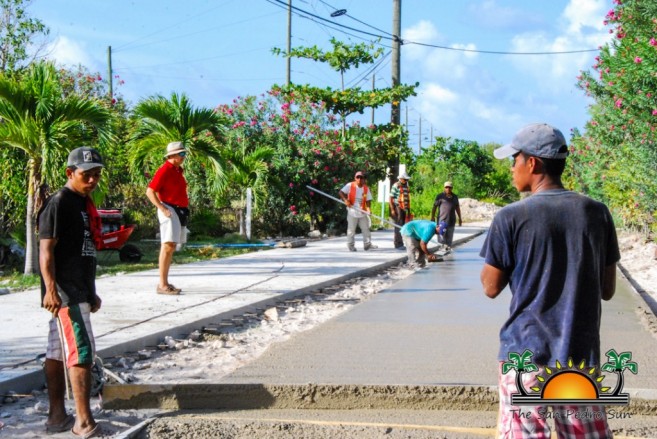 Prior to paving the road, the SPTC had to invest in laying hardcore material over the past year to strengthen the road’s foundation. The concrete pavement is being laid on the proposed defined northern road that runs along the high tension line of Belize Electricity Limited. While the proposed road has been accepted as surveyed, the SPTC is hoping that it can be accepted and legislated in the near future by GOB.