Authorities on Ambergris Caye have confirmed that a baby pilot whale that was found in shallow waters off Ambergris Caye has died. The calf was observed by early risers as they headed out to sea sometime around 6:30AM on Wednesday July 30th near the beach at Ramon’s Village Resort. 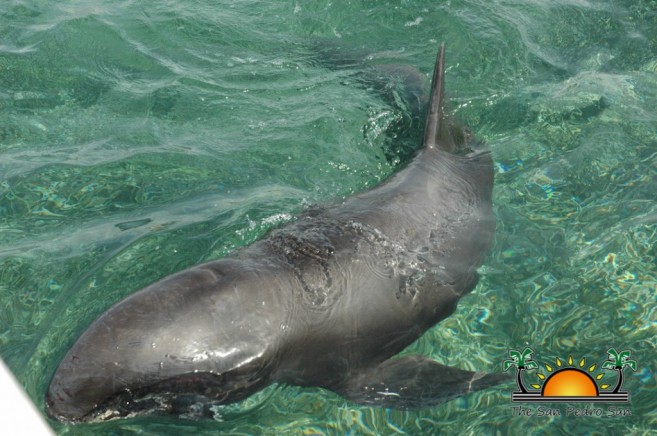 Because pilot whales are known to move around by groups of not less than 10, Biologist at Hol Chan Marine Reserve believed that the young mammal got disoriented from the rest of the pod. The young animal had visible signs of injuries, presumably obtained from either the coral reef formation or by a boat engine. Despite efforts made to save the sea creature, the pilot calf died around midday on Wednesday. After samples for biological testing were obtained, the calf was disposed of by staff of Hol Chan Marine Reserve.

Short fin Pilot whales, common in the tropics, are notorious for stranding themselves on beaches, and are among the most common cetacean stranders.