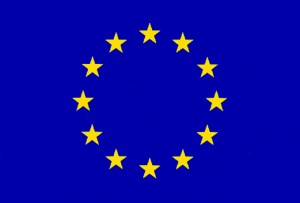 In its fight against illegal fishing activities worldwide, the European Commission has today proposed to ban imports of fisheries products from Sri Lanka to tackle the commercial benefits stemming from illegal fishing. The move comes after four years of intense dialogue with the country after which it could not demonstrate that it sufficiently addressed illegal, unreported and unregulated (IUU) fishing. In contrast, the Commission today confirmed that Belize, Fiji, Panama, Togo and Vanuatu, which had received warnings at the same time as Sri Lanka, have successfully taken measures to tackle illegal fishing. Consequently, the Commission proposes to lift the trade measures imposed in March this year against Belize.

European Commissioner for Maritime Affairs and Fisheries, Maria Damanaki, said: “Our policy of resolute cooperation is yielding results. Five countries receive today our appreciation for getting serious on illegal fishing. Unfortunately, I cannot say the same for Sri Lanka. I hope that the message we are sending today will be a wake-up call for this country.”

The Commission has today also proposed to remove Belize from the list of non-cooperating third countries in the fight against illegal fishing and to end the trade measures imposed against the country in March 2014. Belize has demonstrated its commitment to reforming its legal framework and adopting a new set of rules for inspection, control and monitoring of vessel. The Council will take a decision in this respect.

In a similar vein, the Commission also announced the termination of steps against Belize, Fiji, Panama, Togo and Vanuatu who all received a formal warning in November 2012. The countries have taken concrete measures in addressing established shortcomings and shown commitment to complete structural reforms in order to address illegal fishing.

The Commission has prolonged the cooperation with Korea, Curacao and Ghana until January 2015. Despite some progress achieved in these countries, which have received formal warnings in November 2013, more time is needed in these countries to make changes.

Commissioner Damanaki said: “The improvements Belize made as regards its fisheries control system since its ‘red card’ show that the EU’s fight against illegal fishing works. The formalised cooperation with the EU has helped the country to move towards sustainable fisheries. The same goes for Fiji, Panama, Togo and Vanuatu. These countries’ positive attitude should serve as a template to other countries in similar situations.”