« Older: Sexual Abuse against Children is a no no…
Newer: » Peace Corps volunteers prepare for Camp GLOW


A letter of intent for a Sister City relationship was signed on Friday, February 13th between the municipalities of San Pedro Town and Bacalar, Quintana Roo, Mexico. Mayor of San Pedro, Daniel Guerrero and Mayor of Bacalar, José Alfredo Contreras Méndez signed the agreement with plans of solidifying the Sister City relationship in the coming months. The agreement is aimed to foster a relationship among the two communities through cultural, economic, medical, educational, recreational and humanitarian activities.

San Pedro has long had sound relationships with the neighboring Mexican municipalities and even has established a Sister City relationship with Chetumal, Quintana Roo. Mayor Guerrero explained that these steps are being taken to ensure that both communities can benefit from each other’s development. 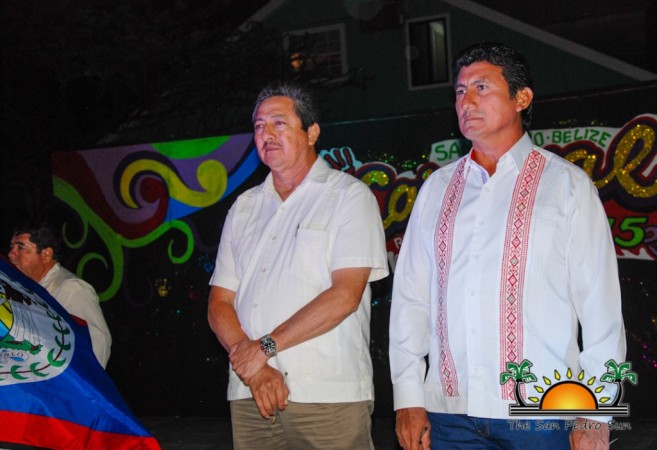 “We have invited the Mayor and the Councilors of Bacalar to visit our island. During this visit we signed the intent for a Sister City relationship. This is very important so that our two municipalities can reap benefits from education, sports, culture, history, traditions, technology and everything else that can lead to the continued development of both San Pedro and Bacalar. San Pedro shares so much in common with our Mexican counterparts. They have always extended a hand to us in times of need, and we will do the same when they need. We are here together as one community,” said Mayor Guerrero. 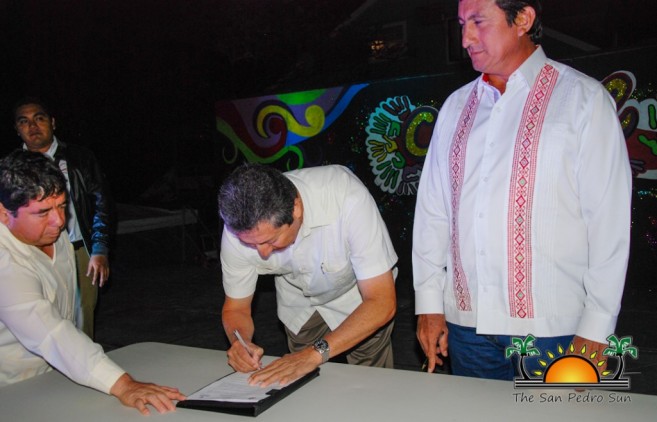 The letter of intent was signed under the prospective of a lateral relationship between the two communities to foster integrity and sincerity in both municipalities. The privileges of the agreement will facilitate a beneficial relationship between Mexico and Belize, specifically, between Bacalar and San Pedro. In order for the intent to develop into the actual Sister City relationship, both municipalities need to create conditions to promote the exchange of tourism, agriculture, sports, health and other sectors of main concern. 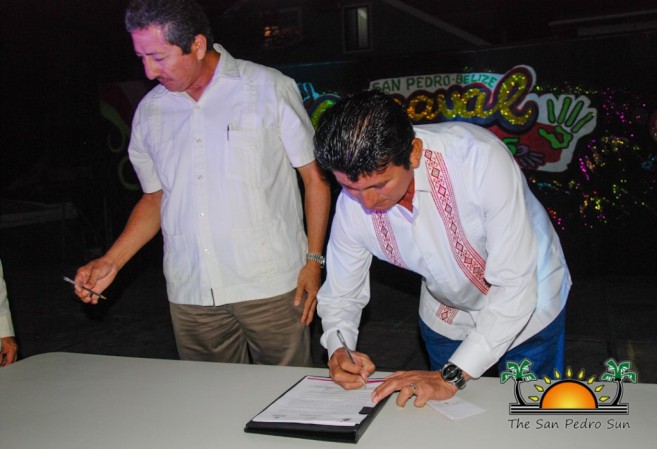 “I would like to thank the community of San Pedro for allowing us the opportunity to visit this island. While here on the island, we have received nothing but hospitality and warm welcomes. We have paved the pathway to unite our two beautiful communities. History proves that Belize and Mexico has always had an outstanding relationship, and we will continue to keep it that way. Our communities are very similar in culture and traditions. We hope that the signing of this document will only strengthen those bonds even more,” said Mayor Contreras Méndez. 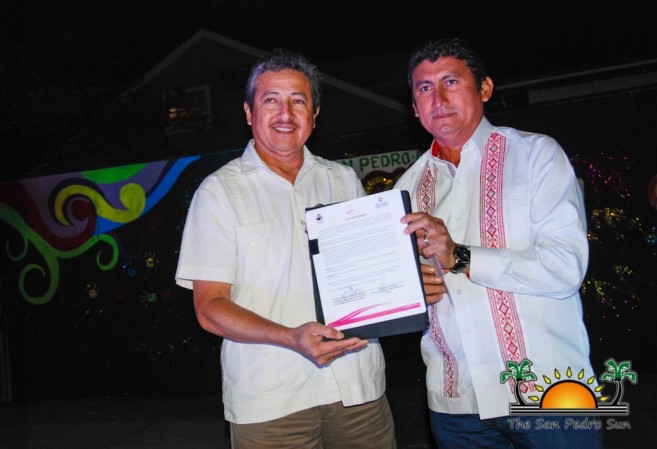 No official date has been set for the signing of the official Sister City relationship.