On Wednesday, July 31st, Mayor Daniel Guerrero received a visit from Werner Graf and his daughter Angelina Graf to discuss a proposal of a Sister City relationship between San Pedro Town and Sea Isle City, New Jersey, USA. The Grafs came on behalf of the City Council of Sea Isle City and presented Guerrero with the keys to the city, which bears the name of Mayor Leonard Desiderio. 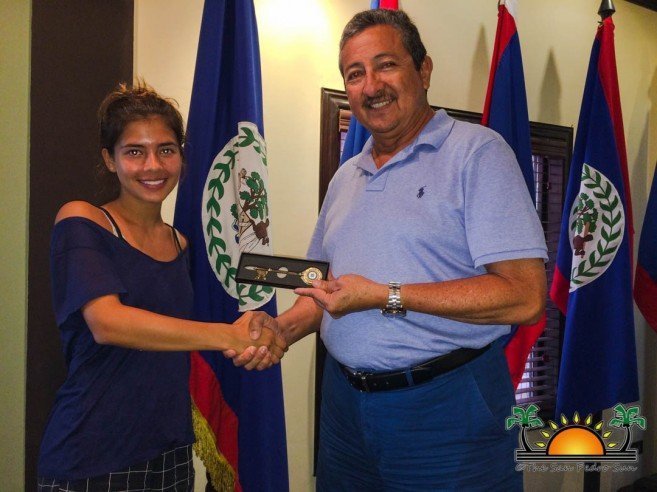 Mayor Guerrero shared that he welcomes the idea of this opportunity to establish a second Sister City relationship in the USA. “We already county with such a relationship with the City of Wilmington, North Carolina,” said Guerrero. “We look forward to this new opportunity to have good relations in exchange of ideas, culture, the environment, and even tourism,” Guerrero said as he accepted the keys of Sea Isle City from Angelina Graf. 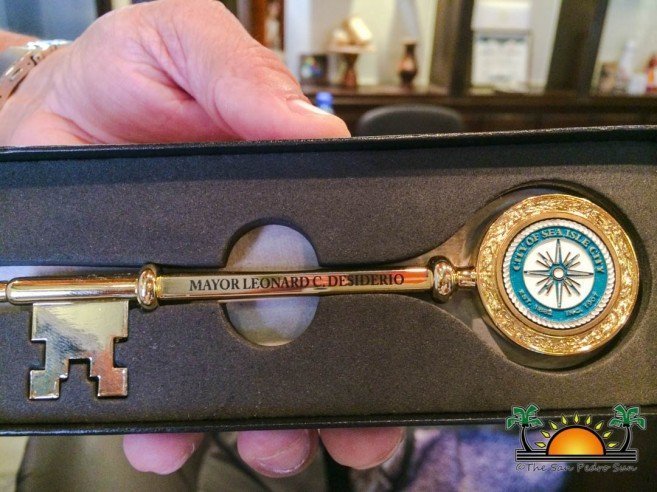 Werner Graf told The San Pedro Sun that he has a very close relationship with the City Council back in Sea Isle and that he is happy to be facilitating the connection with Ambergris Caye. Werner has been visiting Ambergris Caye for many years and owns property on the island. “The idea of a Sister City relationship comes from my daughter’s love for the environment and the ideas she has to correct the elements affecting it,” he said. “Sea Isle City is a touristic city, and we are having almost the same challenges as Ambergris Caye, with issues threatening the natural environment.” Werner added that he has been in touch with Guillermo ‘Mito’ Paz regarding this initiative and his daughter Angelina and Paz’ daughter Carina Paz, are leading the way as ambassadors in this project. “Angelina and Carina are the drivers of this idea. We are very excited about the prospects to share our respective cultures, care for the ocean, and environmental best practices for the mutual benefit of both communities.
We will share with you guys what we are doing in Sea Isle City, and you can also share with us what you all down here are doing and then we will see how we can share ideas,” said Werner. 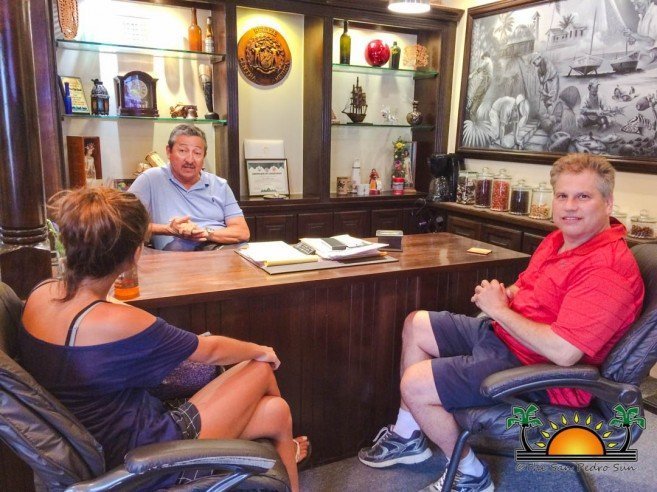 According to Werner, Mayor Desiderio is also very excited about the Sister City idea and the environmental commission of Sea Isle City is looking forward to this relationship. He added that both Mayors Guerrero and Desiderio have communicated via a video conference call and that the sisterhood is likely to become official soon. Werner stated that Mayor Desiderio had issued a standing invitation to Mayor Guerrero to visit Sea Isle City in the summer either this year or next and hopes to eventually travel to San Pedro.
Angelina shared with The Sun that as it is they will be working on a website that will provide information on different environmental community projects. “The idea is to have articles or links to entice people to practice more sustainable ways of living,” she said. One of the things taking place in Sea Isle City in the installation of water stations in different areas, so people can refill their reusable water bottles without the need to purchase single-use- plastic items. Angelina emphasized that the main goal will be to share best practices to conserve the environment in both municipalities. Some of these practices include turtle preservation, beach clean-ups, and various other eco-projects. 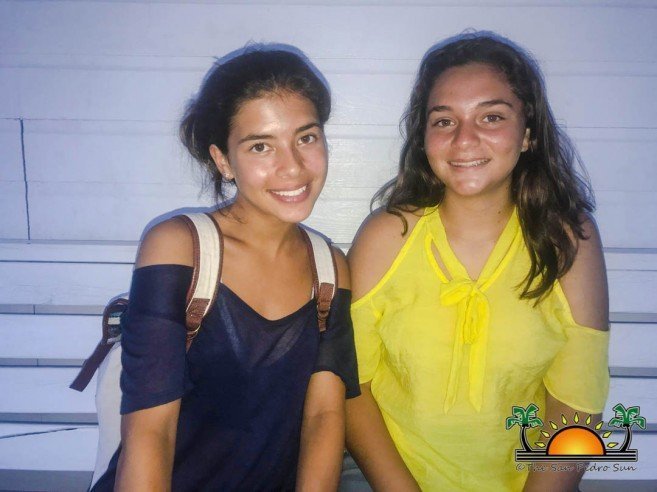 No official date has been chosen to sign the Sister City relationship, but it was evident that both municipalities are ready to proceed. To learn more about Sea Isle City visit https://www.visitsicnj.com.