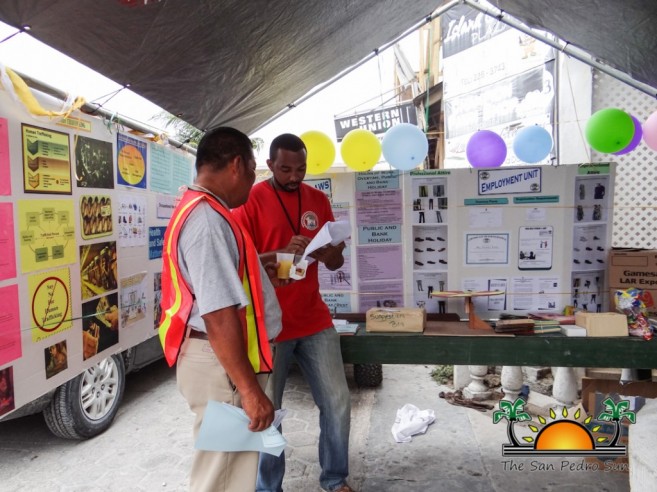 Even though the turnout was not as expected (due to the weather), pamphlets and book marks were still handed out to those who attended. There were games for children wherein they would answer questions and get prizes. There were snacks and drinks for everyone who stopped by. 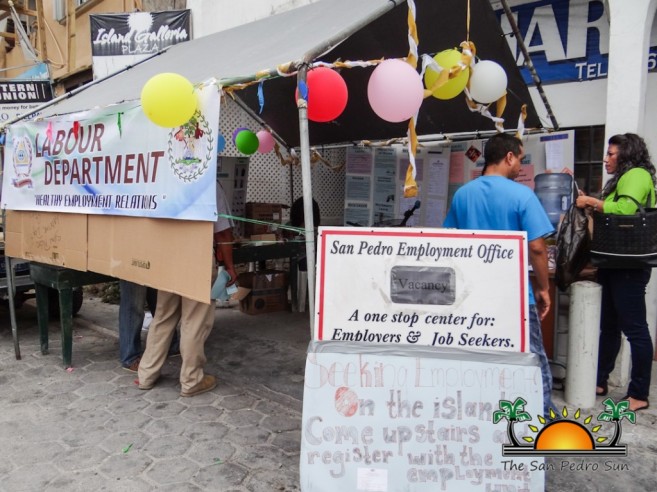 According to the Head Labour Officer of the San Pedro Labour branch, Rissela Dominguez, there has been some reactions concerning the new amendments in the labour law. “These new amendments occurred in 2011. To date there are some employers and some workers who don’t understand them and they would normally call to get clarification. We also take every opportunity to educate them on the new amendment. So yes there are complaints in regards to the old law and the new law, but not much,” said Dominguez. She indicated that these types of events help to sensitize people with the amendments, and is the main reason why they do such fairs. 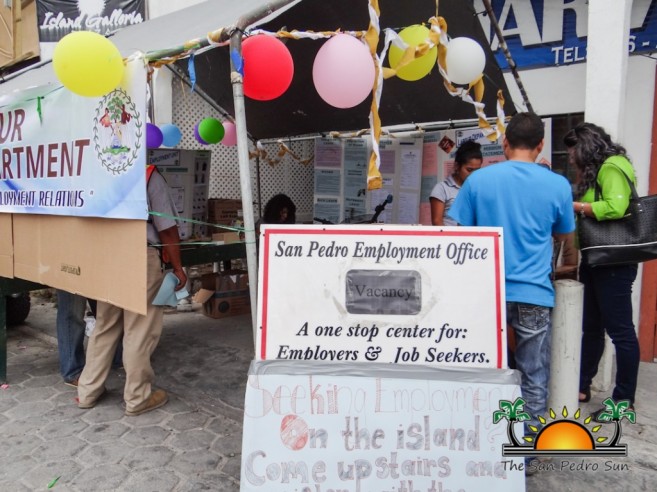 There are plans to have an employment fairs in the near future where there will be training opportunities, and people seeking employment will have the chance to meet with companies who are hiring. The venue for this event will be in Belize City; however the date is still to be decided.
The next public event will be held in the first week of June, when the San Pedro Labour branch will have a booth for Public Service Day. The public is invited to attend and learn.

Four families displaced after fire guts home in Caye Caulker; how you can help