A recently launched beautification project by the San Pedro AIDS Commission (SPAC) has suffered a minor setback due to vandalism. The SPAC embarked on a project to cover the graffiti covered fence/wall on the south side of the San Pedro Roman Catholic Primary School (SPRC). The area is a heavily trafficked alley connecting Coconut Drive and Barrier Reef Drive. The project was meant to give the wall a “new look”, with positive messages painted on it, but days after the project started unknown criminals decided to take it upon themselves to vandalize the newly painted walls with rude/vulgar messages.

According to President of the AIDS Commission, Felix Ayuso, a bit of vandalism will not slow down the project as they intend to change the image of the alley. “SPAC began the beautification project by covering the horrible graffiti on the south side of the SPRC fence on the alley going to the beach by Tropic Air. This area is trafficked a lot by tourists, locals and children, and the wall has become a horrible eyesore. This is a big area that needs a “new look”. The project is costly but we felt it needed to be done. After we did the first phase of the project, it was vandalized. Even though the vandalism is going to result in the project costing more than initially anticipated, we do intend to complete the project,” said Ayuso. 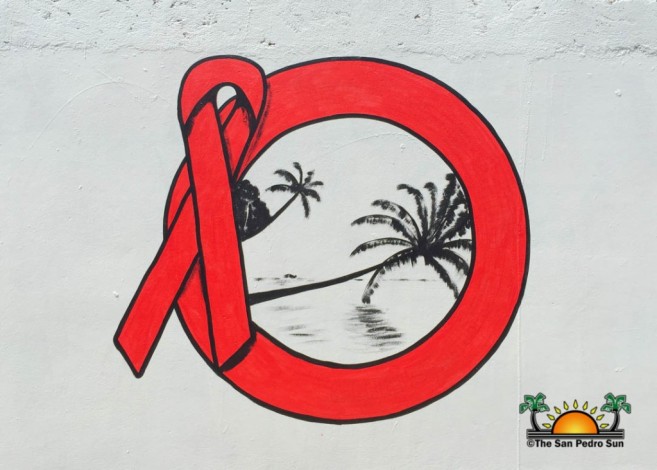 The beautification project is part of an education campaign on HIV/AIDS. “We are working with local artist Pablito Guerrero to paint child friendly HIV/AIDS awareness messages and our official logo so as to continue our educational campaign. With some of the funds that we collected from the Carnaval Comparsa we started the project. We have received support from the San Pedro Lions Club and The San Pedro Cancer Society (they donated white paint) to paint over the existing graffiti before the messages and logos are painted. We also got some assistance from ‘He Intends Victory’ and Laurie Norton (Taco Girl) to start the painting of the logos. The acts of vandalism mean that we will have to repaint what had already been completed,” said Ayuso. If all goes according to plan, the AIDS Commission expects the project to be complete in about a week’s time. 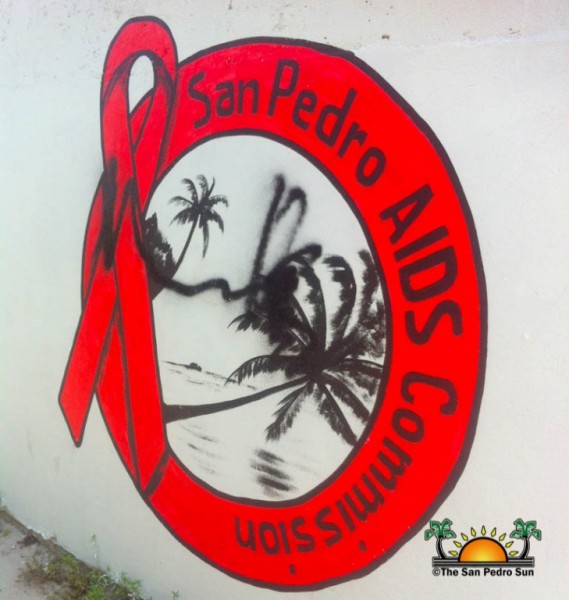 Due to the vandalism, the AIDS Commission is asking for assistance from the community. Anyone wishing to help can kindly contact any member of the San Pedro AIDS Commission or by calling 663-9922. For businesses that are willing to donate, a space will be given on the wall to acknowledge their contribution. 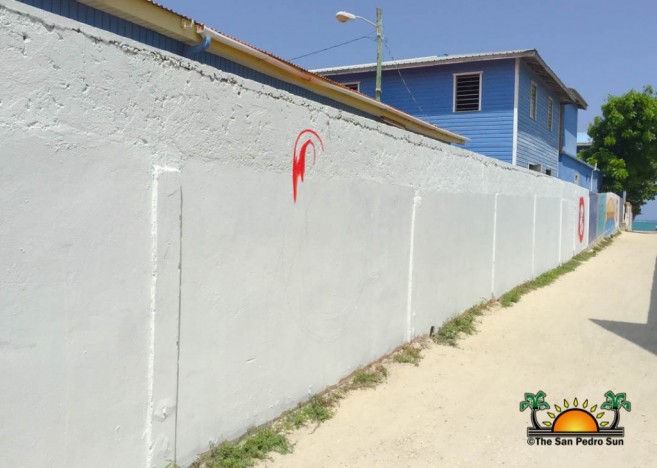