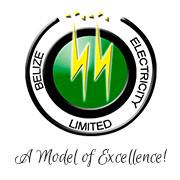 Press Release – Belize Electricity Limited – July 20, 2015 – Belize Electricity Limited (BEL) is aware of a protest by the Belize Energy Workers Union (BEWU) which commenced today, during which BEWU members referred to the details of negotiations for a revised a Revised Partnership Collective Agreement (PCA). Negotiations commenced on November 4, 2014 between BEL’s Management Negotiating Team appointed by BEL’s Board of Directors and BEWU’s Negotiating Committee appointed by the Executive of the BEWU. These negotiations entered into mediation on June 26, 2015 by the Labour Commissioner after the BEL and BEWU negotiating teams were unable to arrive at an agreement on the negotiation of salaries and benefits for the revised PCA.
Non-financial matters of the revised PCA were first addressed and successfully negotiated except for the clause on disciplinary action. At the commencement of negotiations, the BEWU’s proposal was for an increase in salaries and benefits amounting to 90% of salary. The Company rejected this proposal for salaries and benefits. In April, the BEWU presented a new proposal for a 62% increase in salaries and benefits. The Company presented a counter proposal for 24%. The BEWU walked away from the negotiating table and led a sickout. BEL deems this incident a strike under the laws of Belize and has reported the matter to the Labor Department.
Negotiations eventually resumed and the Company increased its offer from 24% to 29% with two conditions: an adjustment to the sick days benefit to require employees to produce a medical certificate for 1-day absence due to illness and a return to the vesting period for the Pension Fund from 7 to 15 years.
The condition regarding sick days is because the Company is of the view that the BEWU misused the existing benefit to stage the sick out. Therefore BEL is proposing to close that loophole.
On the matter of the vesting period, the Company maintains that the pension benefit is designed for employees to maintain financial stability after they retire and to encourage longevity of tenure. The vesting period is the minimum amount a time an employee must have worked at the Company before receiving the Company’s full contribution to the employee’s pension benefit. The Fortis Executive Management Team along with the BEWU changed the period from 15 years to 7 years in June 2011 without the approval of BEL’s Board of Directors – the day before the government takeover of BEL. The Company is proposing to restore the pension to its intended format. BEWU is opposed to this reversion and instead, is supporting the action of the Fortis Executives – despite the strong public opinion on the exit package of these Executives.
The Company continues to work to maintain its commitment to balancing the needs of customers, shareholders and employees. Over the past four years, BEL employees have received an increase of over 20% in salaries. This occurred even when the Company was losing money and no dividends to shareholders were declared.
In 2014, BEL achieved $36 million in profit, primarily due to savings in the cost of power. This $22 million savings in cost of power is being passed on to customers via a reduction in electricity rates, $11 million was paid in dividends to shareholders and the Company is proposing to further increase total salaries and benefits to over $20 million per year at the end of the four years.
BEL recognizes that the essential service it provides to the public requires a high regard for the national interest of the country, hence the request to move to mediation of the revised PCA in an effort to prevent any undue impact of services to customers. The Company remains committed to working towards a revised PCA that will result in an agreement that is beneficial to all stakeholders.
-END-

More on Community and Society
HOT off the presses!!!!