In two days of festivities, San Pedro residents commemorated the 217th anniversary of the Battle of St. George’s Caye. St. September 10th is one of the main days of the September Celebrations and is a show of pride and patriotism. Among the activities held are the traditional Tribute to the Baymen, crowning of the newly elected Miss San Pedro and a uniform parade through the main streets of San Pedro Town.

Official ceremonies for St. George’s Caye Day took place on its eve, Wednesday, September 9th. The San Pedro Cultural Committee in collaboration with the San Pedro Town Council (SPTC), organized several activities to bring in the big day. The night started with a country-wide tradition, the fire engine and patriotic bicycle parade. Led by the San Pedro Fire Department, the short parade made its way through the main streets of San Pedro with colorfully and artfully decorated bicycles following behind.

The parade ended at Central Park, where protocol was established. After the singing of the National Anthem and a short invocation, Jorge Aldana welcomed those in attendance. Also addressing the crowd and speaking on the importance of remembering our heritage was Mayor of San Pedro, Daniel Guerrero. After sharing a bit on the history of battle of St. George’s Caye and how the Baymen stood their ground and defended Belize from the Spanish armadas, Guerrero ended by encouraging everyone to embrace Belize’s past by honoring our forefathers.

Attendees were also treated to live performances from Man at Work (Terryl Godoy), Natalie Arceo and her choir, and the San Pedro Dance Academy. But the highlight of the evening was definitely the musical performance by Lord Rhaburn. The Belizean calypso, soca, reggae and brukdown musician kept the crowd dancing until the wee hours of the morning.

Activities continued on Thursday, September 10th with the official coronation of Miss San Pedro 2015/2016 Iris Salguero, followed by the uniform parade. Students and teachers from every primary school and high school in San Pedro gathered at the Honorable Luis Sylvester Sporting Arena to witness the coronation. 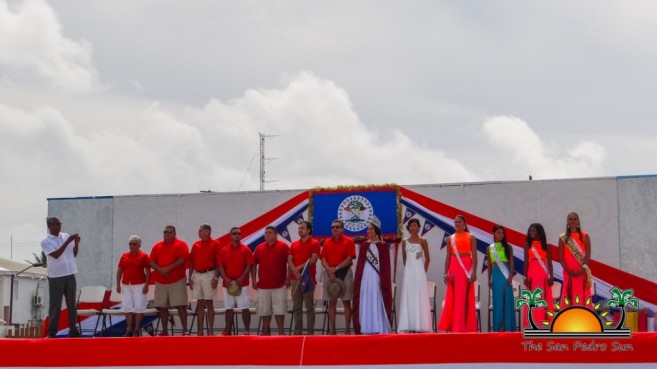 Once again, the National Anthem was sung followed by Pastor Clive Welsh delivering a heartfelt invocation. Mayor Guerrero also addressed the students. In her last appearance as Miss San Pedro, Michelle Nuñez bestowed the scepter, cape and sash to Salguero and finally crowned her as San Pedro’s beauty and goodwill ambassador. Salguero graciously accepted the crown as well as all the responsibilities that come with the title. 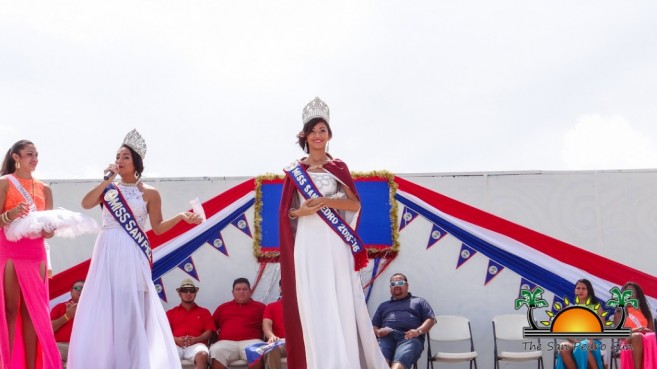 Immediately following the coronation, the uniform parade took place. The parade saw students march through the streets of San Pedro proudly waving Belizean flags. Also participating in this year’s parade was the SPTC, the staff of the Dr. Otto Rodriguez San Pedro Polyclinic, the San Pedro Boy Scouts and the staff of Elvi’s Kitchen. The parade culminated at Central Park, where a family beach party took place for the remainder of the day.

Celebrations were held under the theme “Belize Renewed, Confident, Competitive, and Committed.” The next big event is the 34th anniversary of Independence, which will be held starting Sunday, September 20th. Long live Belize!

The Duke and Duchess of Cambridge: Prince William and Kate excited to visit Belize in March