A series of activities to commemorate the 34th anniversary of Belize’s Independence took place on the Sunday evening, September 20th. This year’s September Celebrations were held under the theme “Belize Renewed, Confident, Competitive, Committed.”It all began with the official Independence Eve ceremony followed by the midnight flag raising ceremony, a grand fireworks show, and concluding with an international soca concert by Ricardo Drue at the Honorable Louis Sylvester Sporting complex. 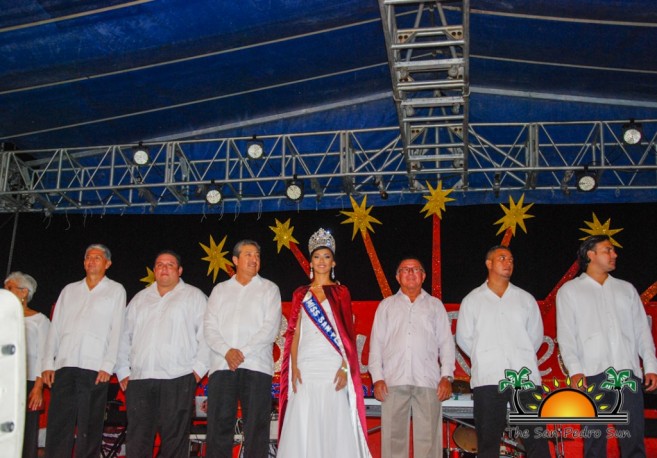 The ceremony kicked off with the introduction and arrival of the various dignitaries. After all the invited guests were seated, the island’s beauty ambassador Miss San Pedro Iris Salguero was escorted by Deputy Mayor Gary Greif and the San Pedro High School Marching Band. There was a series of Independence Day speeches delivered that night by the town’s various leaders. 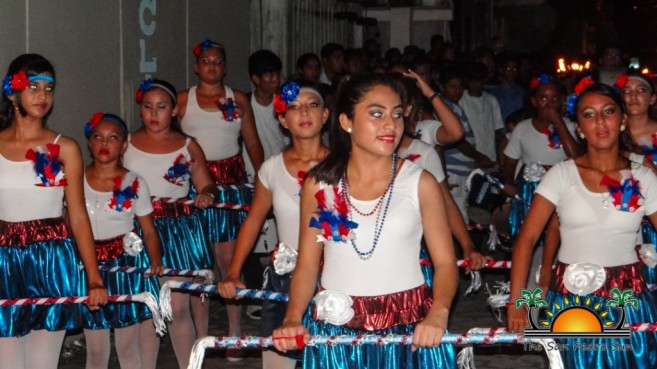 Mayor of San Pedro Town Daniel Guerrero was first to make his speech, highlighting the advancement and transformation the country is going through under the present government. He indicated the infrastructural development that is taken place around the country, including Ambergris Caye. He also mentioned the collaboration between the central government and the municipality of San Pedro. “We are currently undergoing road works on Northern Ambergris Caye. Equally, we are making advancements in the area of sports and education with the construction of a new Ambergris Stadium and a government school. On this occasion, my wish is for all residents to join the ranks of good citizens and only then will Belize feel renewed. Until we do this, we will feel confident to face the global and social challenges that we are facing today. When we have good Belizean citizens, Belize will be competitive and strong to stand before any country in our region. As Belizeans, we must remain committed to the social and economic advancement of our island and country,” said Guerrero. He ended by inviting all Belizeans to unite and enjoy the Independence celebrations. He also thanked the residents of Ambergris Caye, asking them to be proud that despite the challenges the country is facing, development and progress on the island has continued.

Next to speak was the representative of the Opposition People’s United Party (PUP), Elito Arceo. He congratulated Belizeans on another Independence anniversary, reminding everyone of the challenges the country is facing and referring to this year’s theme. “How we meet those challenges and the choices that we make will ultimately dictate our way forward. Let us all have renewed faith in our country, which is truly the jewel of the Caribbean. Let’s be confident, we can move forward and make a better life for all Belizeans. Let’s be competitive and strive to be the best, that we can be, but most importantly, let’s be committed to working with each other every day to make a better Belize for ourselves and our children the future of the country,” stated Arceo. He ended by pointing out the government’s neglect under the United Democratic Party (UDP) emphasizing that Belize is a very young country and the people cannot continue making the same mistakes over and over and believe the many senseless policies being delivered by the leaders again and again.

In response to the opposition’s address, the area representative and Minister of Tourism, Culture, and Civil Aviation Honorable Manuel Heredia Jr spoke of his government’s commitment to the Belizean people. He indicated that his speech was not political since that was a time of celebration and Belizeans must come together to remember all those heroes who struggled for our Independence and pay tribute to them and our nation. He stated that the current government is transforming the country in many aspects for the benefit of the Belizean people. He ended by wishing everyone a happy Independence Day and to continue working together for a better Belize for our future generations. 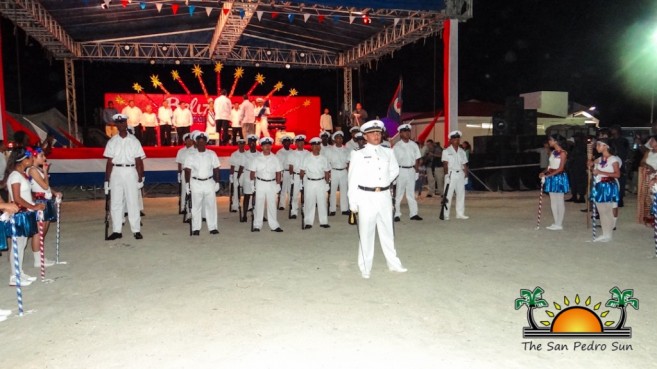 After the speeches, the program continued with some cultural presentations leading to the midnight Flag Raising Ceremony. Members of the Belize National Coast Guard started the ceremony as they marched in, led by Vice Commandant Elton Bennett. The inspection of the Guard of Honour was done by the Honorable Manuel Heredia Jr and Mayor Daniel Guerrero.

Near midnight, the Belize National Anthem resonated as the patriotic crowd joined in the singing. At midnight, while Mayor Guerrero and Honorable Heredia conducted the traditional “Grito” (shout) of Independence the Coast Guard gave a 21 gun salute. A spectacular firework display followed for about 30 minutes. The joyful crowd remained at the complex waiting for the soca concert. A few minutes after, international soca star Ricardo Drue rocked the after celebration party until the wee hours of the morning.

The Independence Day parade and color after-party scheduled for the following day, September 21st was postponed to Sunday, September 27th, due to the inclement weather.

State Funeral to be held for H.E. Ambassador Alfredo Martinez
Wine and Art at Red Ginger