After being postponed due to inclement weather, San Pedro’s Independence Jump-up Parade took place on Sunday, September 27th with festive colors and music taking over the streets. Kicking off at 11:30AM from the Boca del Rio Park, the parade made its way from Laguna Drive unto Pescador Drive and ended at Central Park on Barrier Reef Drive. Residents lined up along the parade route to view and cheer on the passing floats and revelers in elaborate costumes.

Keeping the patriotic vibes on high was the San Pedro Dance Academy and Drum Corps, who entertain the spectators with their rhythmic beats and choreographed routines. Also present at the parade was the San Pedro Police Department proudly carrying an extra-large Belizean Flag. 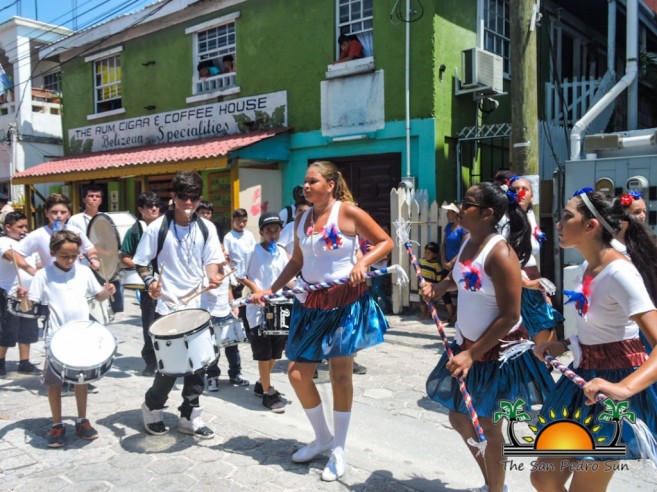 Both Mayor Daniel Guerrero and Area Representative Manuel Heredia Jr. were present, handing out candies to the children. Several business had patriotically decorated golf carts and floats with speakers pumping soca and jump up music to energetic dancers.

Judges were stationed at key locations tasked with deciding the winners of this year’s parade. It was a hard choice as each group displayed creativity and uniqueness. But in the end there could only be one winner and that was Mystic Mas Band.

The newest carnival group in the island took the first place prize for their high energy revelers in elaborate costumes. In second place was ABC Preschool with their “Mickey Mouse Club House” theme, while DJ Debbie and her group took third place. An award was also give for the Best Float, which went to ABC Preschool.

The parade ended at Central Park with a spectacular color after party. With Gilharry 7 Band and DJ Debbie providing the best musical entertainment, islanders danced the day away. Mayor Guerrero and Honorable Heredia provide a special treat by throwing candies to the crowd at Central Park out of a helicopter. 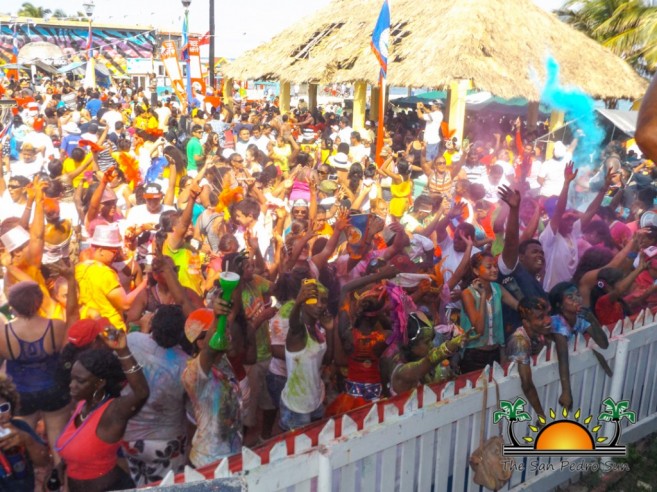 Winners can collect their prizes at the San Pedro Town Council.

Happy September Celebrations to all Belizeans at home and abroad!