There’s no doubt that Belize’s independence is the biggest celebration of the year, and with September fast approaching, the first news regarding the festivities has been announced. On Thursday, June 16th, after careful deliberation by the National Celebrations Commission, “Sovereign and Strong- Together as one” was selected as the official theme for 2016. 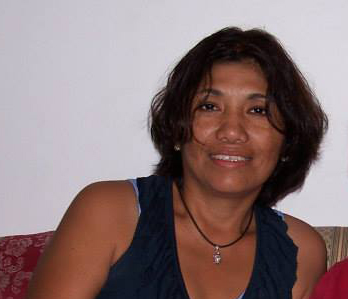 The theme was submitted by Argelia Mendoza Ken, a teacher and counselor at the Belize High School of Agriculture in the Orange Walk District.
According to the press release by the National Celebrations Committee, themes for this year focused on the Belizean-Guatemalan territorial dispute. “The majority of the proposed themes submitted this year expressed concern over Belize’s sovereignty and territorial integrity and uniting in the face of the Guatemalan Claim.”

In an interview with CTV-3, Ken explained her thoughts behind coming up with the winning theme. “Our country has been facing a lot of difficult times, where our sovereignty and our status as Belizeans has been challenged. However, these challenges have only made us see a different face of Belize, where we have united as Belizeans to defend and protect our patrimony, regardless of race, of culture, of religion. So beside all the bad stuff that has been happening, it has brought out the best in us, and what better time to celebrate our accomplishments than during our patriotic holidays,” said Ken.
She will be awarded at the official opening of the September Celebrations on Sunday, August 28, 2016 at St. George’s Caye.