The annual Law Enforcement Torch Run (LETR) arrived in San Pedro Town on the evening of Monday, December 4th bringing to the island the Special Olympics Belize torch. Members of the San Pedro Police Department were on hand to receive the flame of hope which has travelled around the country since Saturday, December 2nd. The torch remained on the island until Tuesday, December 5th, after being paraded through the main streets of downtown San Pedro. 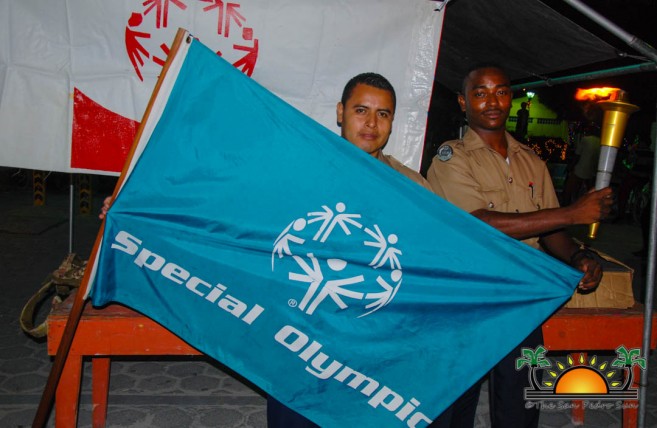 The LETR has been taking place for the past six years and is part of a series of events held by Special Olympics International across the world. According to Inspector Elroy Carcamo, in Belize, the one-week torch run makes its way through different municipalities to create awareness about the upcoming Special Olympics Belize and the athletes who participate in the games. 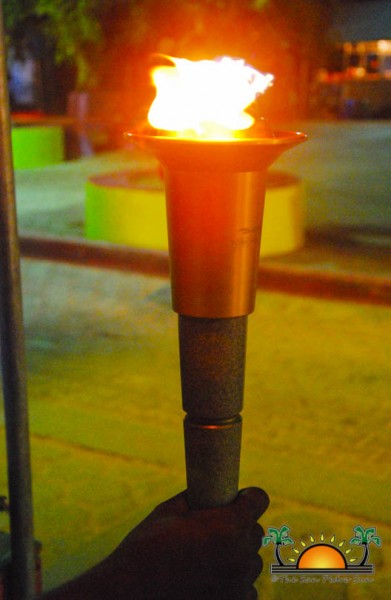 “We are part of the torch not just to create awareness, but to also raise funds to assist the games and children with intellectual disabilities that will participate this year,” said Carcamo. He added that the Police Department is not the only security agency involved in this worthy cause. “The Torch Run is also joined by law enforcement agencies such as the Belize Defence Force, Belize Coast Guard, Immigration Department, Transport Department, Customs and of course the Police,” said Carcamo. “After San Pedro, the torch will be taken to north Belize City, to Orange Walk, Corozal and then make its final stop on Friday back at Belize City where the games will be taking place.” The National Special Olympic games are set for Friday, December 8th at the Marion Jones Sporting Complex. 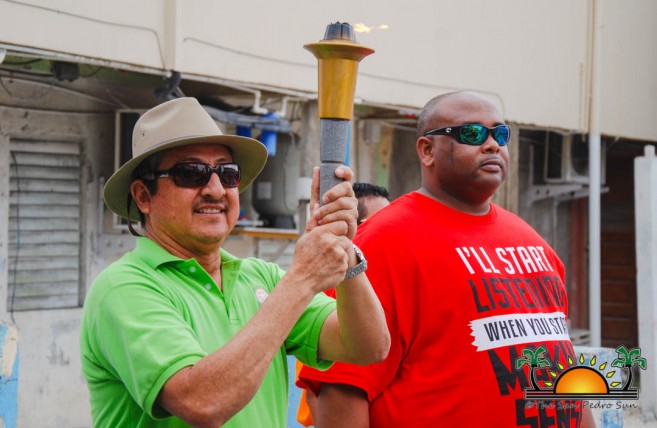 While the torch was on the island a booth was set up in front of the town clock where donations were collected. Many island residents did not hesitate to support the dollar drive that generated much-needed funds for the Special Olympics. 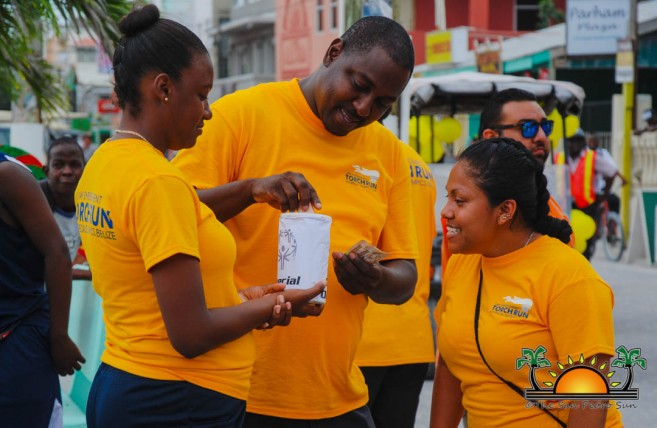 Organizers are hopeful that this event will continue to bring the community together and see the importance of caring for their special residents. The visiting committee that brought the torch extends a hearty thank you to everyone who made a generous donation towards Special Olympics Belize.

Organizers would like to also recognize the presence of The San Pedro Town Council and the San Pedro Police Formation, for coordinating the activities on the island.