The Special Olympics Belize Torch was hosted in San Pedro Town by the island’s police formation after arriving on Tuesday, December 3rd. The following day it was paraded through the main streets of town by members of the police department, the San Pedro Town Council and students from different schools. The torch is brought to San Pedro every year as part of the Law Enforcement Torch Run (LETR) prior to the Special Olympic Games, which are set for Friday, December 6th in Belize City. 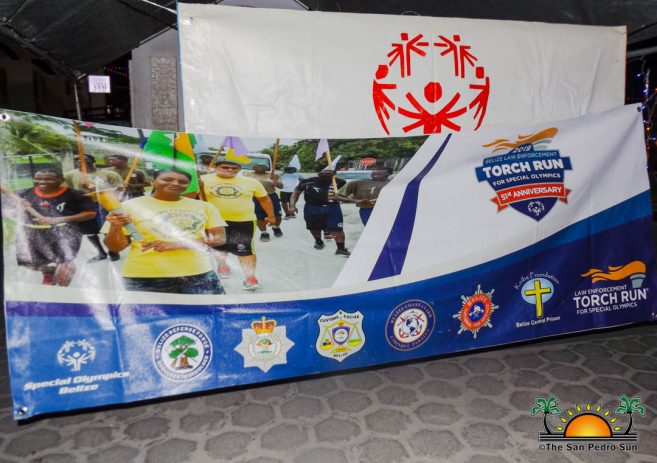 The sporting initiative is observed by the Special Olympics International Organization across the world to promote awareness of persons living with disabilities. In Belize, the torch is taken through all municipalities across the country, with the last stop being Belize City for the games. According to Corporal Aaron Fergusson, activities organizer, the torch tour began on Sunday, December 1st in Punta Gorda Town, in the Toledo District. “We conduct this torch run in support of persons with disabilities,” he said. “The initiative also seeks to fundraise and sensitize the country on a whole to assist these special athletes in the upcoming sporting activities.” The first torch run was held in 2012 and every year the event receives support from the different enforcement agencies. This year, the project is supported by the Customs and Excise Department, the Belize Police Department, Belize Coast Guard, Belize Defence Force, National Fire Service, and the Kolbe Foundation. 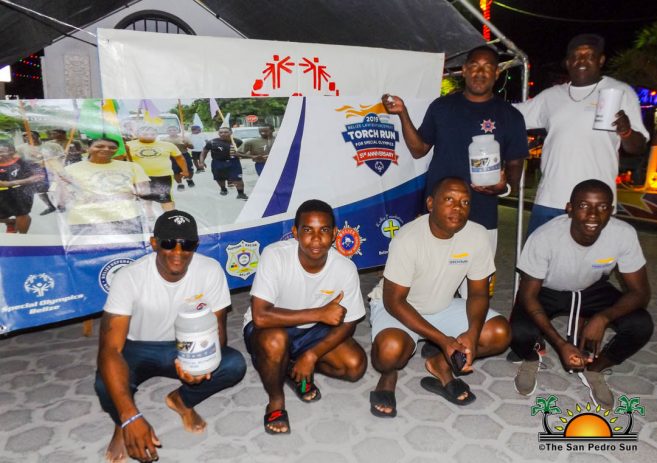 To honor the presence of the torch on the island, a booth was set up in front of the town clock and donations were collected via a dollar drive to benefit the games. The same was done in front of the police station on Pescador Drive before the parade. Police officers, along with students from Ambergris Caye Elementary School and La Isla Bonita Elementary joined the march, led by Deputy Mayor Gabriel ‘Gaby’ Nuñez carrying the torch. The parade went down Pescador Drive, onto Barrier Reef Drive ending in front of the police station. 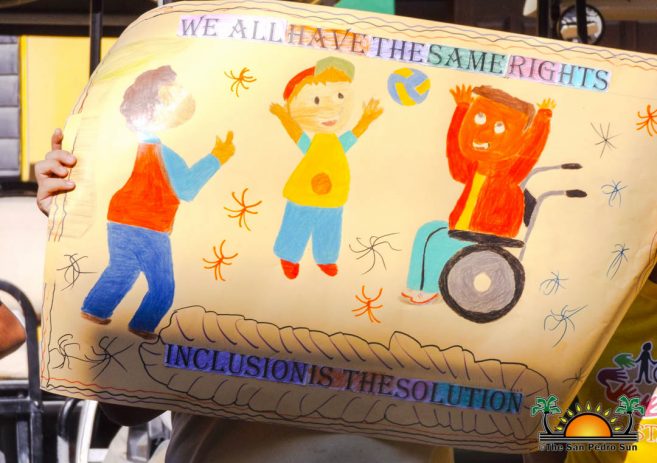 The torch left San Pedro on Wednesday evening to Corozal Town and will then make its way to Orange Walk Town. The last stop will be at the Marion Jones Sports Complex in Belize just in time for the Special Olympics. 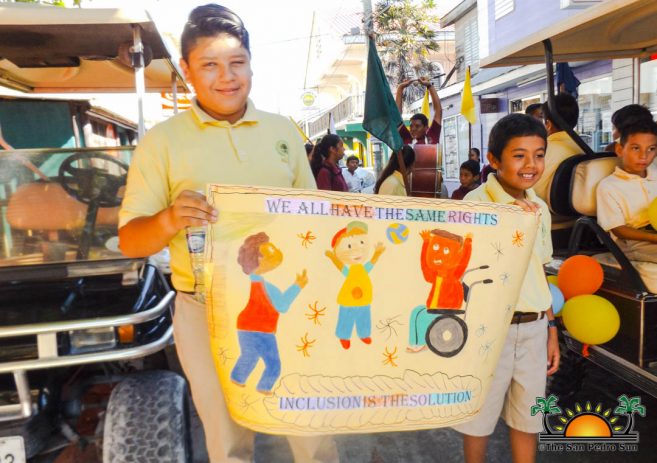 Organizers are hopeful that this event will once again bring the community together and help people to understand the importance for caring for their special needs residents. The visiting committee that brought the torch would like to thank everyone who made a generous donation towards Special Olympics Belize.