Two young men from San Pedro have successfully joined the ranks of the Belize Coast Guard (BCG) after completing three months of training at the military institution in Belize City. 20-year-old Jerry Vasquez and 23- year-old Jamel Jones were part of the 79 new apprentices of the BCG that graduated on Friday, August 31st as intake number nine. The ceremony was attended by proud family members and the top brass of the Coast Guard. 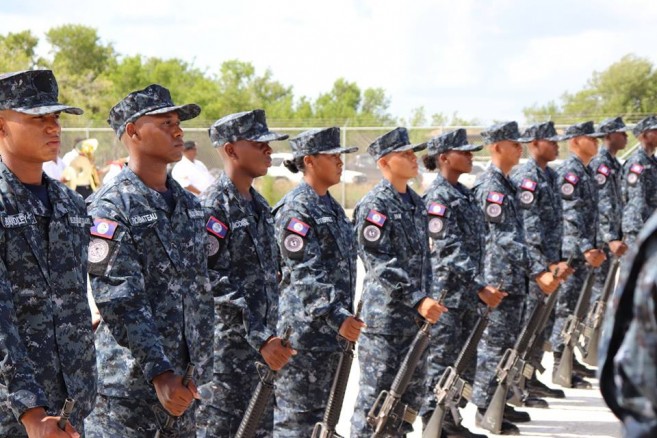 This is by far the largest intake the 13-year-old institution has ever seen, and just as in the past, the BCG continues to attract island residents who have a passion for protecting Belize’s territorial waters. Vasquez told The San Pedro Sun that he plans to make his service at the Coast Guard a lifetime career. When he first heard that there was a new intake, Vasquez says that he did not hesitate to give it a try. “I saw an opportunity to become someone better in life and become a role model for my brothers,” he said. “I plan to also further my education while serving my country in the Coast Guard,” Vasquez said that the three-month training was very intense and even though the challenges seemed at times impossible to overcome, he and Jones kept pushing and motivating each other. 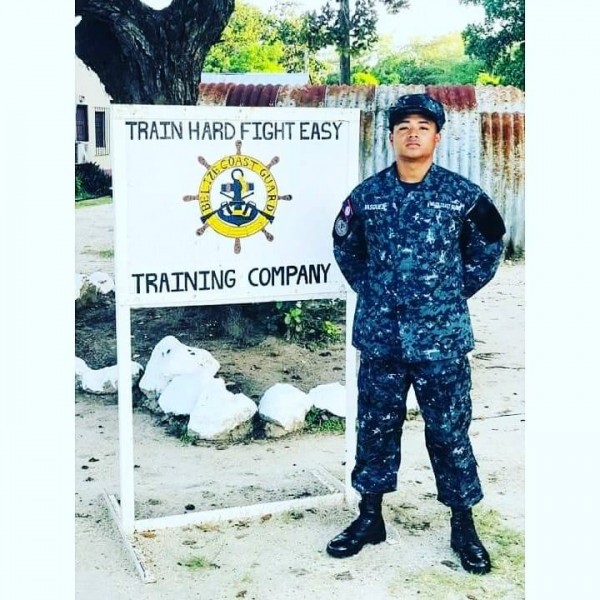 Jones shared that he was involved in the police cadets since he was very young, and since then he wanted to join an organization like the Coast Guard. Jones said that his experience during training helped him to be a more disciplined person and shaped him up mentally and physically. Jones is happy to have accomplished what he has always wanted; to serve his country by protecting the Belizean seas.
Both Vasquez and Jones encourage anyone who may want to join the Coast Guard, saying that in the BCG, there is a place for everyone. “You do not have to be the best swimmer or runner,” said Vasquez. “If you have a talent and you believe it will help the Coast Guard, come and join them,” Jones added that anyone can be successful in accomplishing anything they want in their lives. 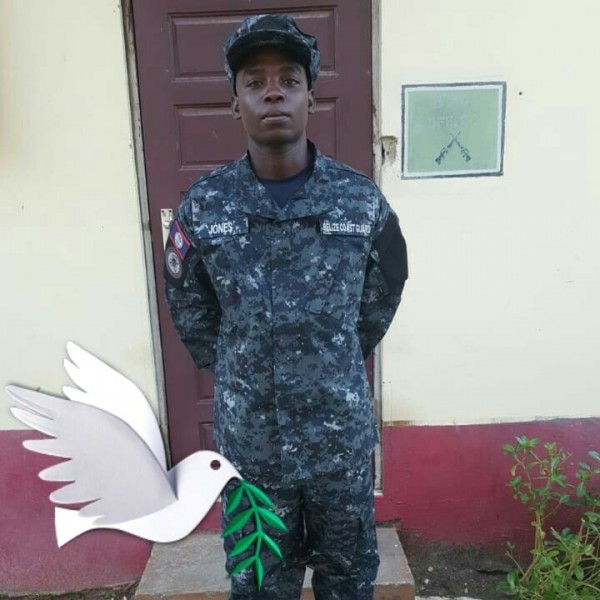 BCG Commandant, Admiral John Borland was thrilled with the installment of the new Coast Guard members, which takes the institution’s strength to 450. “It is a tremendous achievement in the history and development of the Coast Guard,” said Borland. Keynote speaker, Chief Executive Officer in the Ministry of National Security, Felix Enriquez, said that it demonstrates the commitment to build the Coast Guard’s capacity and long-term strategy. “This event demonstrates that you have shown the determination that is required to be successful in the Belize Coast Guard,” said Enriquez. He congratulated them for having survived the transformation process from civilian to military personnel.
At the end of the ceremony, the attendees were delighted with a demonstration that included an obstacle course, shooting skills and even an arms display. The newly graduated seamen apprentices will return for duty at the BCG headquarters in Belize City on September 12th.