In an effort to help Belize combat the war against drug trafficking, on Tuesday, August 28th the Government of the United States of America via its embassy in Belize donated counter-narcotics equipment to the Ministry of National Security, including an upgraded secondary entry control point to the Belize Defense Force (BDF) base at Prices Barracks in Ladyville. The equipment, which will aid the Belize Coast Guard (BCG) and the BDF to counter-attack illicit drug activities, comes from the United States Southern Command and funded by the U.S counter-narcotics program office. The equipment was handed over by the U.S Embassy Senior Defense Official Lieutenant/Defense Attache Colonel Eldridge Singleton to BCG Commandant Admiral John Borland and Deputy Commander of the BDF Colonel Azariel Loria during a ceremony at the BCG headquarters in Belize City. 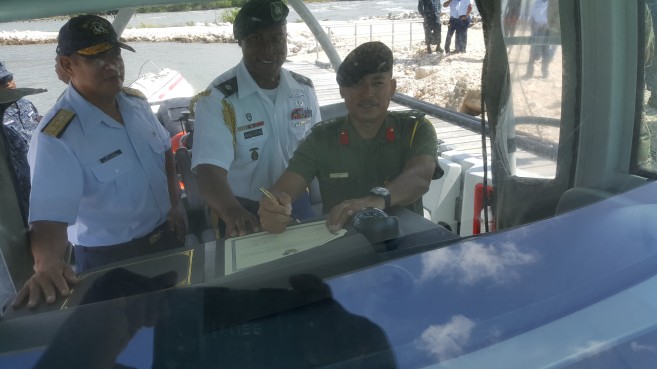 The donation, which comes at the cost of $612,000 reinforces the U.S Government’s continued commitment to the stability and security of Belize and the region. According to an official release, the upgraded secondary entry control point to the Belize Defense Force Base at Price Barracks is a partnership between the Light Engineer Company of the Belize Defense Force and the Anti-terrorism/Force Protection Section of U.S. Southern Command, which provided $18,000 for material and equipment. 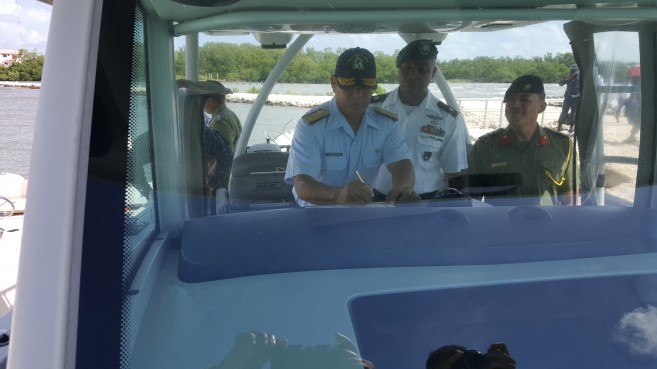 This upgrade is expected to enhance the security of infrastructure equipment, and personnel who live and work at Price Barracks. The equipment will also add to the readiness of the BDF to effectively respond in the fight to counter the activities of transnational criminal organizations. 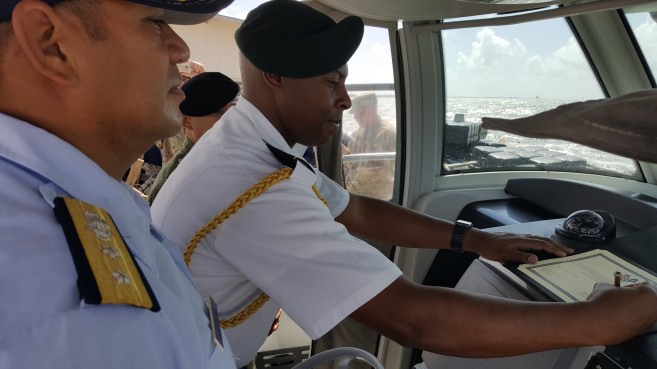 In the past months, the BDF along with the police department has responded to numerous reports of suspected drug planes landing in northern Belize. The unauthorized landings have been occurring primarily in the Orange Walk District posing a grave national security threat to Belize. By August 21st of this year, at least four suspected drug planes had landed in the northern district not far from the Belize/Mexico border. By the time local authorities arrive at the scene, most of the planes are damaged, striped or torched in an attempt to destroy key evidence. During these reported suspected drug landings, neither the police or other security agencies in the country have been able to intercept the airplanes nor have there been any arrests in connection with these illicit activities. 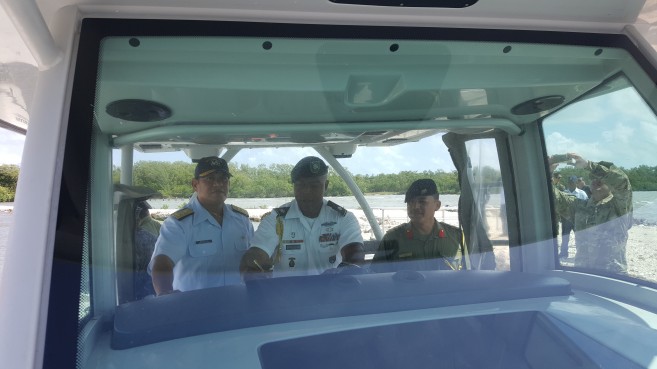 Minister of State in the National Security Ministry, Honourable Elodio Aragon Jr., has said that dealing with the issue is not easy as the resources and technology they have is limited. However, he believes that there is more that can be done.
The issue with the suspected drug aircraft has recently taken a viral turn in social media with posts showing parcels of suspected drugs inside the airplanes with references to a notebook containing flight plans for clandestine airstrips in Belize. 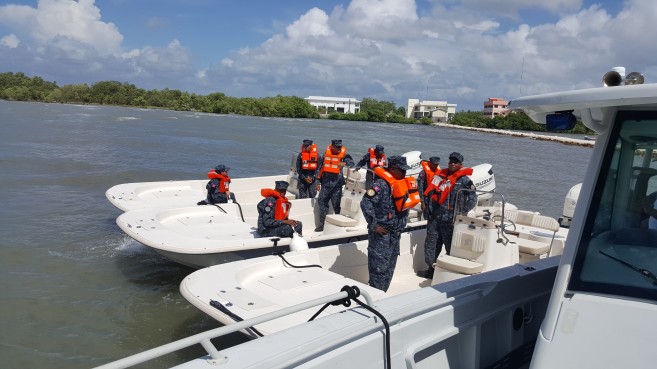 The posts made by a Facebook account under the name of ‘Vincent Edwards,’ also claims that police knew about it and alleges that government officials are covering these activities. On Wednesdays, August 29th, the Ministry of National Security issued an official release denying the information shared. However, it confirmed that in March of this year, the police department retrieved a notebook containing coordinates among the remains of a crash site. The release goes on to say that no drugs were found on the scene or elsewhere.

Additionally, the response said that all items found were taken into custody by the police as part of the investigation process, but not all were disclosed to the public. The Ministry also denied any involvement of any police officers or government officials. The release, however, indicates that they have an idea who is behind the landing, but have little evidence to take action against those persons.
Meanwhile, the Leader of the Opposition Honourable John Briceño continues to question the security of the Belizean people. On Wednesday, August 29th he stated that the Government has the responsibility to ensure that criminals are apprehended. Briceño added that the current incompetent Government has been unable to work on the issue of crime.