Police are still investigating another case of a suspected drug plane that was found on Tuesday, February 19th southeast of Blue Creek Village in the Orange Walk District. Authorities speculate that the single-engine illegal aircraft landed sometime on Monday night, February 18th, and after the cargo was unloaded was set on fire. 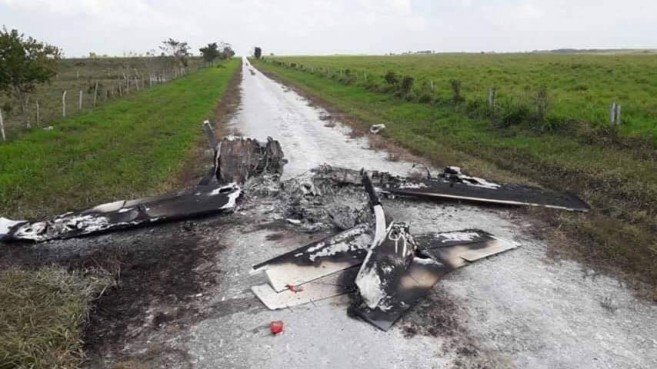 The remnants of the aircraft were reportedly found by Mennonite farmers, who immediately called the police. According to the police report states that three aircraft seats, three fifty liter containers and 12 containers of aviation fuel was found in the area. No arrests have been made.
The area of Blue Creek is increasingly becoming a hot spot for the landing of aircrafts with suspected illegal cargo. It is believed that because the area is very remote and mountainous, it encourages the practice of illicit activities.

Alberto Samid expelled from Belize and sent back to Argentina