Belize experienced the deadliest weekend in recent times on Saturday, March 17th when a surge in gun violence terrorized Belize City. The unprecedented shootout that left at least four persons dead on that evening and several others injured, prompted the Government of Belize (GOB) to host an emergency press conference on Sunday, March 18th, where Prime Minister Dean Barrow mentioned several steps to temporarily address the violence that plagues Belize. The recent spike in crime in the city has not been the only issue keeping authorities extra busy, but reports of suspected drug planes landing in northern Belize have also put a strain on the Police Department, which is now being assisted by the Belize Defence Force (BDF) in combating the crime crisis. However, the issue with the suspected drug trafficking is yet to be addressed by GOB. 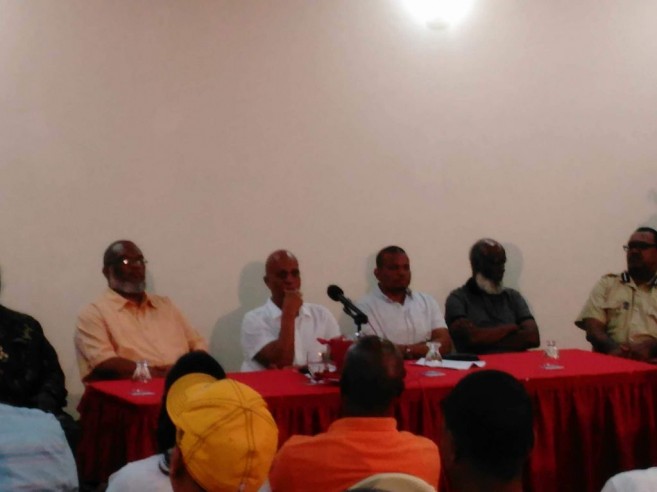 At the press conference, Barrow was accompanied by Commissioner of Police Allen Whylie, Minister of Defense, Honourable John Saldivar, Minister of Police and Home Affairs, Honourable Wilfred Elrington and Deputy Prime Minister, Honourable Patrick Faber. The conference started at 4PM at the Belize Best Western Biltmore Plaza Hotel where Whylie shared a synopsis of the shootings. According to the report, the carnage in the city started on the evening of Friday, March 16th with the deadly shooting of 30-year-old Victor Gibbs on East Canal Street. Hours later into the following day, four more murders took place in different parts of Belize City. 27-year-old Kendis Flowers was shot and killed on Sittee Street, and 64-year-old Teresita Flowers along with 17-year-old Delcia Blanco were executed in their resident in Tibruce Street. The other fatal shooting for that bloody Saturday occurred at the corner of Nargusta and Hondo Street where 31-year-old Delroy Alvarez was gunned down when he stopped to park his motorcycle. Whylie mentioned that police believe that the shootings were not related.
Prime Minister Barrow then took to the podium and expressed that GOB was angered and shocked at what took place in Belize City. He further extended sympathies to the families of the victims and reassured Belizeans the neutralization of the crime situation is shortcoming. He announced a number of robust strategies to fight crime. The Prime Minister informed that the Ministries of Police and Home Affairs, along with Defence will be reconstituted into one ministry; the Ministry of National Security. In charge of such Ministry will be the Honourable John Saldivar, who previously led the Ministry of Defence.
Additionally, he announced the intentions to demarcate areas on the south side of Belize City and designated as emergency areas. The 48-hour limit for detention will be expanded as part of an effort to avoid any retaliatory violence and other criminal activities. A new maximum time-span for detention was not specified.
During Barrow’s presentation, he stressed that he wanted to immediately provide some degree of reassurance to the public. “The Belize Defence Force has been asked, on a continuing basis, to assist the Belize Police Department with the ongoing campaign to curb this absolutely horrific and disgusting phenomenon and clearly this means more boots on the ground,” said Barrow. He believes that through the joint efforts of the military and the police, the reconstitution of them to be under one ministry is necessary. Such ministry is expected to become operational in a few days, along with the approval of the emergency designated areas in the south side of the city, after the Governor General, Sir Colville Young signs these new orders.
As Barrow wrapped up his presentation he explained that they will approach the situation in a holistic way calling it a combination of hard charge that does not completely ignore or eliminate the requirement for dialogue. “Those that we see as the most hardened capos (drug lords) a chance to hold it down, in return for our not going at them in any way that is a violation of rights, and that is one-dimension in a fashion that ultimately ends up being counter-productive,” he ended. Barrow took the opportunity to plea to the public and the media to give their efforts a chance before criticizing them. 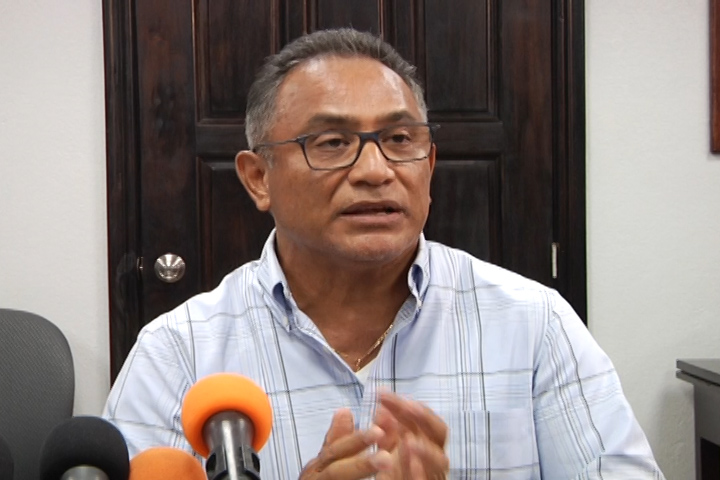 The Leader of Opposition, Honourable John Briceño commented on the crime crisis affecting the city but did not agree with Barrow’s strategies, particularly with the intention to declare certain areas of south Belize City into emergency areas. Briceño instead commented on what a good solution could be. “The People’s United Party (PUP) proposes that instead of treating the south side of Belize City like a war zone and declaring it in a state of emergency, the Government should declare such area a special development zone,” said Briceño. “That area must be approached through the lens of human development where financial and human capital will immediately be made available to transform the lives and the environment of the citizens. There needs to be education and skills training for all young people and at-risk youth must be provided with DFC loans for small businesses, tax exemptions and duty-free all production equipment and materials should be allowed.” Briceño also commented that his Party’s suggestions on how to deal with the crime crisis are falling on deaf ears.
The current crime situation and GOB’s response was not considered the best option as pointed out by PUP’s Senator Valerie Woods. Her comments on the bloody deadly weekend started with the definition of terrorism, stating that it is born from many decades of a culture of neglect, inequality, lack of opportunity, lack of services and corruption. According to her statement, the problems in the Belizean society that have been created over the past several decades will not be solved by any Cabinet, anyone organization, or any church group. “It is going to take a significant amount of re-prioritizing where our country’s resources and investment will be made,” she wrote.”
Woods’ statement pointed out that the south side of Belize has been neglected, dejected and rejected for far too long and the crime crisis the country is experiencing today is the result of such abandonment. Her remarks denounced that it is not a south side problem alone, but it is clear that this area of Belize City has been affected the most by inaction. Wood stressed that it is going to take everyone to call for real, serious change and be part of it. According to her, the press conference held by Barrow did not show any effort at this said needed change. The idea of designating certain parts of southern Belize City as emergency areas and bringing BDF soldiers to temporarily fix the spike in crime is not considered a viable solution. “We have been there and done that,” Woods expressed. “It’s the long-term strategy that’s lacking because without it we will be right back with an uptake in crime after all.”
This said part of the city has been known for not counting with celebrated restaurants, major parks, cruise port, entertainment, concerts, sports, housing and majority road infrastructure, which takes place in the northern side of the city. Woods continue to call on the current leaders to invest in the Belizean youth, in sports programs, sports academics. “How will our youth have an alternative to gang culture if we do not provide the alternative to them?” she questioned. Another observation mentioned is Barrow’s immediate disregard to the suggestion of an International Commission Against Impunity in Belize (ICIB). According to Woods, it was disappointing to know that Barrow disregarded such suggestion by stating that the ICIB is for white collar crime and not murder. Woods mentioned that the root of crimes are derived from poverty, lack of jobs and opportunities, and when there is corruption in Government it creates the perfect breeding ground for these conditions. “There is no easy solution to get us back on the right track which involves just not arresting the criminals, but also addressing the socio-economic environment of these youth who are living at risk,” she stated.” Woods ended reiterating that there is no easy and quick fix and that it requires the political will of both GOB and the Opposition to commit to real reforms in order for a permanent and sustainable solution to take place, along with everyone’s collection input supporting these necessary changes. 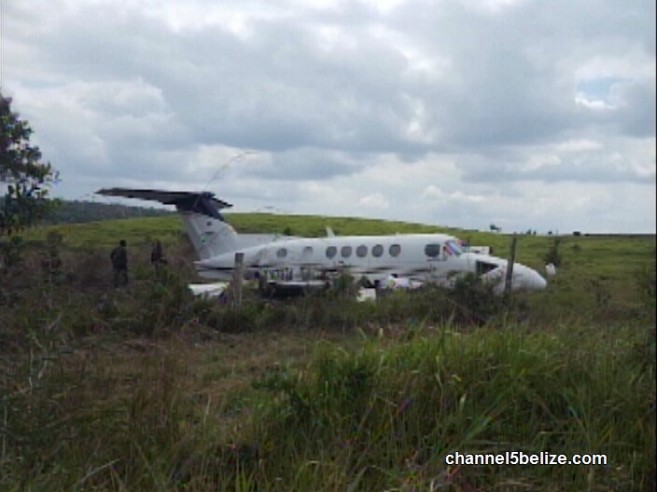 The conference came to an end without any update on the other crime issue in northern Belize where between late February and early March of this year, several drug planes were reported. The remains of the planes had been found in the Orange Walk and Corozal Districts. According to the investigation, the aircraft are usually set on fire after unloading the cargo, which is suspected to be cocaine and then allegedly transported to other parts of the country and Mexico. Many residents in the surrounding areas where these planes have landed questioned these constant occurrences. Almost immediately details of an alleged cover-up in the highest ranks of the Police Department was suggested for the unnoticed activities. However, this allegation has not has been confirmed.
Meanwhile, the Government is focusing on neutralizing the situation in Belize City, they have pledged to continue working to find a more suitable long-term solution to the crime situation.