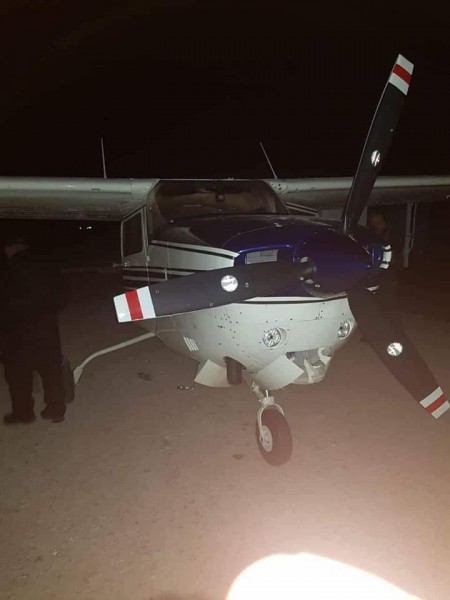 The northern district of Orange Walk made headlines on Sunday, September 9th, after Belizean authorities made a $14 million Belize dollar drug bust after intercepting a suspected drug plane shortly after 9PM in the Tres Leguas area of the Blue Creek community near the Mexican border. During the bust, Belizean security forces comprised of police officers and the military came under fire from the alleged drug traffickers for almost an hour before detaining two Mexican and two Belizean nationals, one of them a member of the Belize Police Department. After the shootout, police confiscated a small Cessna single-engine aircraft originating from Venezuela stocked with 26 bales of cocaine weighing about 1,223 pounds. The large drug bust exemplifies why Belize is considered by the United States of America (USA) a major drug transit or illicit drug producing nation.
Early on Monday, September 10th the aircraft and detainees were transported to Belize City. One of the suspected drug traffickers detained was identified as Police Constable Norman Anthony. It is reported that although he was not at the scene of the landed aircraft, his presence in the area raised suspicion and was detained along with the other suspects.

Following an in-depth investigation, police charged five persons in connection to the drug bust on Thursday, September 13th. Peter Friesen Junior, a Blue Creek resident along with two Mexican nationals, Eli Figueroa Nunez and Azarias Manzano were charged for the crimes of Importing Drugs into Belize and Drug Trafficking, while PC Norman Anthony along with  Superintendent David Chi  were charged with Conspiracy to Land a Plane on an Authorized Aerodrome and Abetment to Import Cocaine into Belize. Bail was denied to all five detainees who were remanded to the Belize Central Prison until their next court hearing. 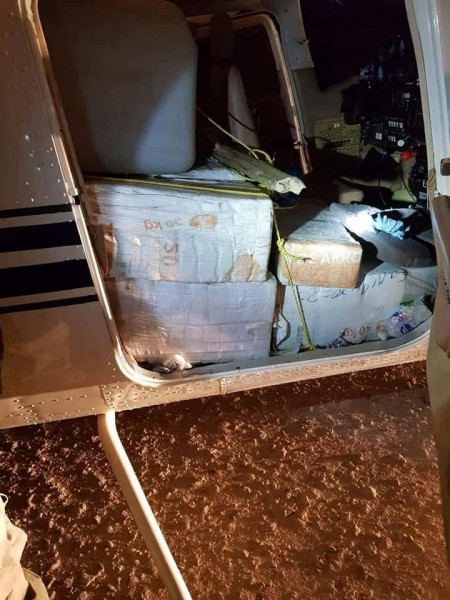 On Tuesday, September 11th, the Ministry of National Security held a press conference in Belize City and provided more information on the incident. According to Commissioner of Police Allen Whylie, they received information on the afternoon of Sunday about an unregistered aircraft departing from Venezuela. “As per protocol, the police deployed a number of sources to assist us in the monitoring activities countrywide,” added Whylie. “Throughout the afternoon we continued to receive a number of updates in terms of this aircraft and its position.” Present at the conference was also Assistant Commissioner of Police, Chester Williams who was quick to refute the allegations that the capture of the airplane was as a result of the coordinates released on social media by a ‘Vincent Edwards’. Williams stressed that it was the result of the hard work of a joint operation by the Police Department, Coast Guard, and Belize Defence Force.
Police suspected that the airplane was heading towards Belize, but its final destination was yet unknown. Although there was substantial information about the aircraft, the fact that Belize lacks a surveillance radar system, made it impossible for authorities to follow the aircraft. Whylie indicated that they were able to spot its location after residents in the Carmelita area in Orange Walk began reporting signs of an aircraft flying low in the area. Whylie stated that they continued monitoring the area until they approached the airstrip in the community of Blue Creek. There they detained Anthony, and soon after heard the aircraft in the vicinity. “The joint team came under fire, and consequently they returned fire,” said Whylie. “They were able to overcome the firefight resistance and secured the airplane and the area.” No members of the security forces were injured, but the pilot reportedly escaped. When police inspected the interior of the airplane, they found the bales of suspected drugs, two empty fuel gallons, a black school bag, a blue lunch bag, and a grey bag, five liters of engine oil, a notebook and a navigation map.
Following the seizure of the drug cargo and the apprehension of the suspects, unconfirmed reports indicate that PC Anthony was released and has retained the services of an attorney. The detention of a police officer has fuelled the longtime suspicion by the public that there has been a degree of complicity from officers within the police department in assisting the drug operations. As a result, Commissioner of Police Whylie temporarily suspended Superintendent David Chi, Officer in Charge of the Orange Walk Police Formation. 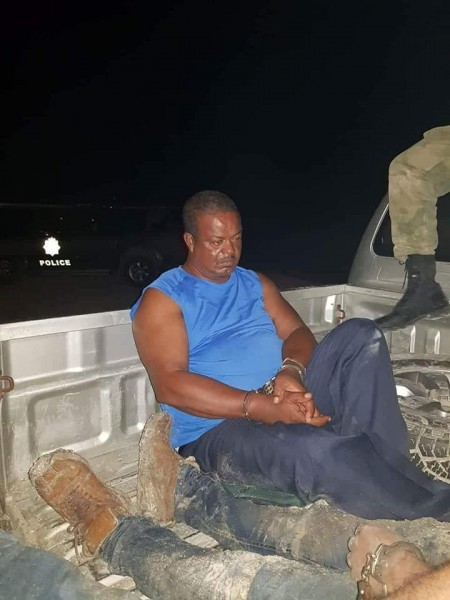 Whylie also ordered an internal investigation in connection with this recent landing of the airplane in Orange Walk. This action was announced on Tuesday, September 11th via a press release. According to the release, an investigation team, headed by Assistant Commissioner of Police Robert Mariano, will conduct a comprehensive investigation into the matter. The investigation is expected to confirm if Superintendent Chi had anything to do with the illegal plane landing. The official note ends by stating that any police found to be involved in illicit activities, will be dealt with to the fullest extent of the law. The Department further confirmed that they would increase their presence in the Orange Walk District. 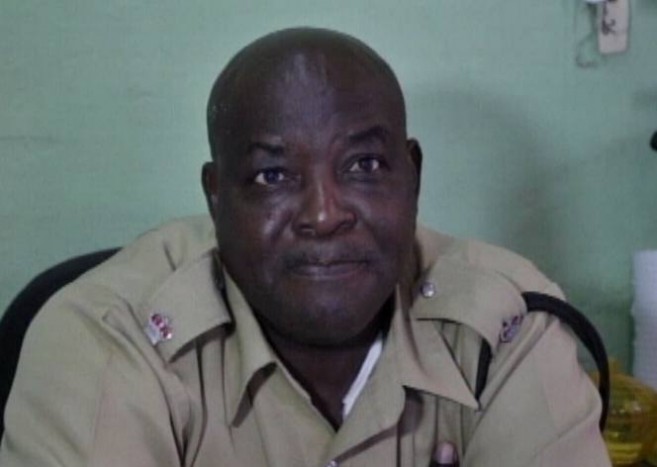 The substantial drug bust, however, did not satisfy the American Government, who for another consecutive year has included Belize in their list of 21 countries considered as major drug transit nations. President Donald Trump declared that “A country’s presence on the foregoing list is not necessarily a reflection of its government’s counternarcotics efforts or level of cooperation with the United States.” Trump said, “The reasons countries are placed on the list is the combination of geographic, commercial, and economic factors that allow drugs to transit or be produced, even if a government has engaged in robust and diligent narcotics control measures.” Belize is joined by the Bahamas, Bolivia, Colombia, Costa Rica, Dominican Republic, Ecuador, El Salvador, Guatemala, Haiti, Honduras, Jamaica, Laos, Mexico, Nicaragua, Panama, Peru, and Venezuela.
According to Trump, these countries are falling behind in the fight to eradicate or reduce drug production and trafficking. The American leader added that the government of these countries need to increase their efforts to rise to the challenge posed by criminal organizations. He challenged them to achieve greater progress in the fight against illicit drug production and trafficking. 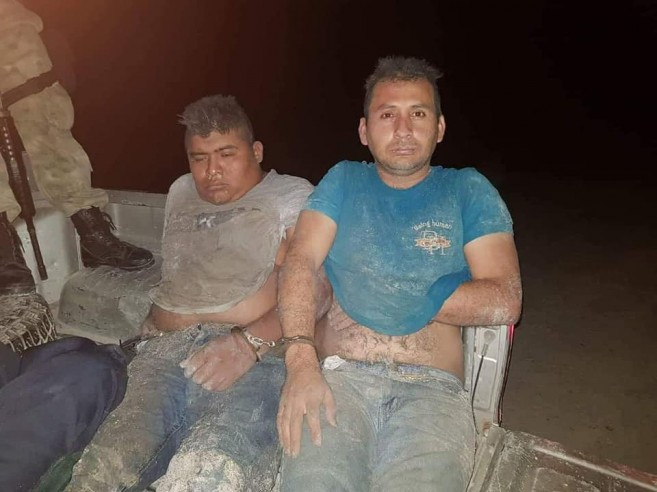 On Wednesday, September 12th, the Embassy of the United States (U.S) in Belize issued a release commending the Belizean security forces for the major drug bust. “This operation, which was a collaboration between the Belize Police Department and the Belize Defence Force, shows the importance of cooperation between law enforcement and other security agencies to combat criminal organizations,” part of the released read.
The official note continued by confirming that Belize remains on the U.S ‘Major’ list, which includes those countries deemed to be major illicit drug producing or transit countries. The Embassy, however, continues to recognize the important work Belize is doing to combat the transshipment of illegal drugs and urges the Government of Belize to intensify their efforts to prosecute the offenders.
The release also reaffirms that the USA values the close partnership with Belize and the many ties both countries share. The Embassy assured its support to the country by partnering with border security, law enforcement, military, and criminal justice agencies to strengthen citizen security across Belize.