« Older: One year later, no one charged for the murder of Felix Ayuso
Newer: » John Cus arraigned for sexual assault


The United States Government transferred counter-narcotics equipment, valued at $432,000 USD, to the Belize Defence Force (BDF) and the Belize Coast Guard. U.S. Embassy Chargé d’Affaires, a.i. Adrienne Galanek and CEO of the Ministry of Defence Lieutenant Colonel (RET) Felix Enriquez represented the governments and people of the United States and Belize during the handover event. 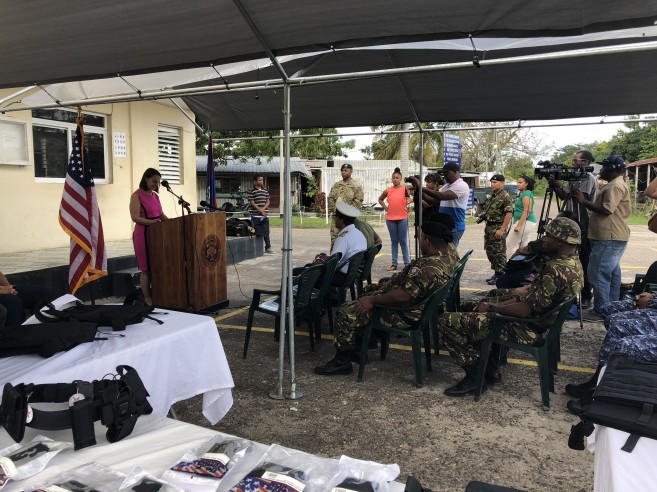 Chargé Galanek underscored the U.S. Government’s continued commitment to the stability and security of Belize and highlighted the essential role Belize plays in the prosperity of the region. Funded by the U.S. Southern Command’s (USSOUTHCOM) Counter-Narcotics Program Office, this equipment is part of a sustained effort by USSOUTHCOM, the U.S. military, and the United States’ partnership with Belize. 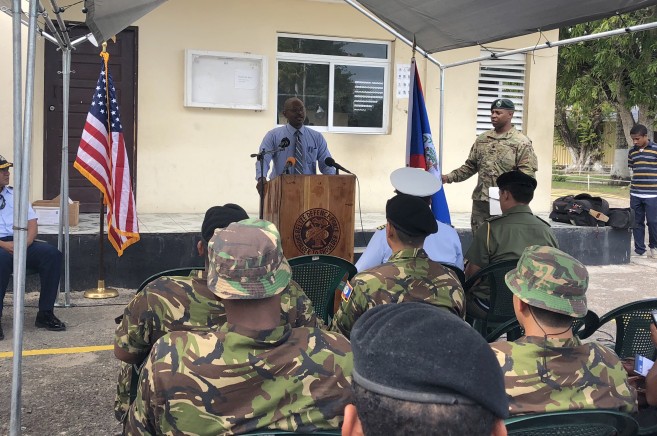 The equipment will help enhance the readiness posture of the defense forces of Belize by keeping previously donated equipment upgraded, updated, and effectively functional. It will also strengthen existing capabilities and establish new capabilities in the fight to counter the activities of transnational criminal organizations. 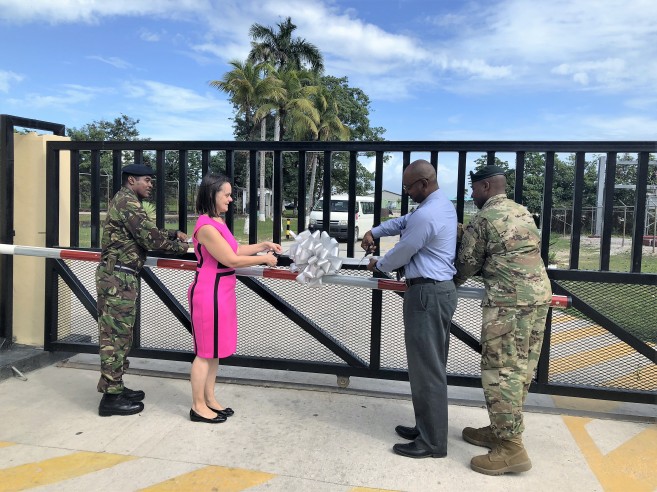 The U.S. Government also provided material and equipment, valued at $50,000 USD, to upgrade the Main Entry Control Point to the BDF Base at Price Barracks. This project was a partnership between the BDF’s Light Engineer Company, the Louisiana Army National Guard, and the USSOUTHCOM’s Anti-Terrorism/Force Protection Section, which provided the funding. The project will help to enhance the security of infrastructure, equipment, and personnel at Price Barracks.