MIAMI–American Airlines today announced Renee Woods as its new Manager for the airline’s Ticket Sales Centers (TSC) throughout Florida, Latin America and the Caribbean. In this role she will oversee revenue generation and performance for American’s 42 Ticket Sales Centers in the region. 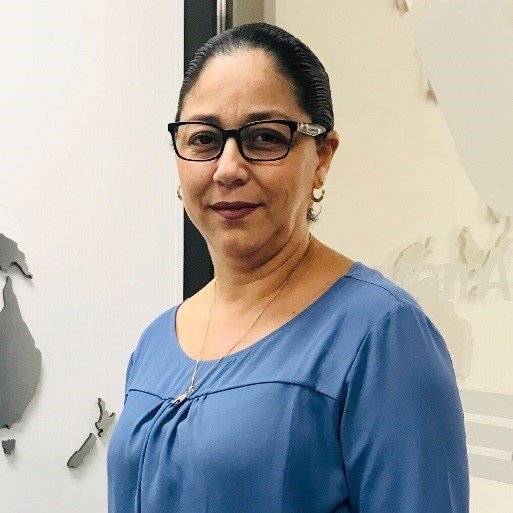 Woods began her career at American in 1990 in her native Belize City (BZE) as a Gate Agent and held a number of roles of increasing responsibility at BZE. In 2012 she moved to Miami for an opportunity in the Business Planning department and most recently served as Senior Analyst for Sales Planning.

“Renee is enthusiastic, knowledgeable and a real team player with a passion for the business,” said Haydee Blanco, Director of Sales Planning for Florida, the Caribbean and Latin America. “TSC’s are unique to our region and an important source of revenue, making Renee’s role essential for our continued success.”

About American Airlines Group
American Airlines and American Eagle offer an average of nearly 6,700 flights per day to nearly 350 destinations in more than 50 countries. American has hubs in Charlotte, Chicago, Dallas/Fort Worth, Los Angeles, Miami, New York, Philadelphia, Phoenix, and Washington, D.C. American is a founding member of the oneworld alliance, whose members serve more than 1,000 destinations with about 14,250 daily flights over 150 countries. Shares of American Airlines Group Inc. trade on Nasdaq under the ticker symbol AAL. In 2015, its stock joined the S&P 500 index. Connect with American on Twitter @AmericanAir and at Facebook.com/AmericanAirlines.