Belize continues to expand its airways, and as such, now has a direct flight to Los Angeles, California, USA. American Airlines (AA) held its first inaugural flight between Philip S. W. Goldson International Airport (BGIA) and Los Angeles International Airport (LAX) on Saturday, June 6th. The addition of this new route is part of AA’s goal of further expanding its airline’s route network in Latin America. 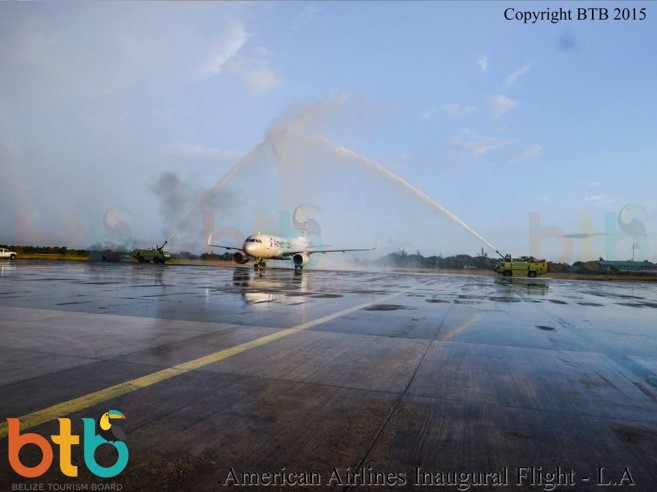 With this new flight, AA customers in Belize will have access to an extensive route network out of LAX, which includes more than 200 daily flights to more than 50 destinations throughout the USA, Europe, Asia, Latin America and the Caribbean.

“We are thrilled to launch this new route to Los Angeles, giving our customers in Belize nonstop access to the west coast, as well as one-stop connections to our many destinations in the Asia-Pacific region,” said Luis Alpuche, AA country manager for Belize. “This flight further highlights AA’s 25-year commitment with Belize and our local customers.” 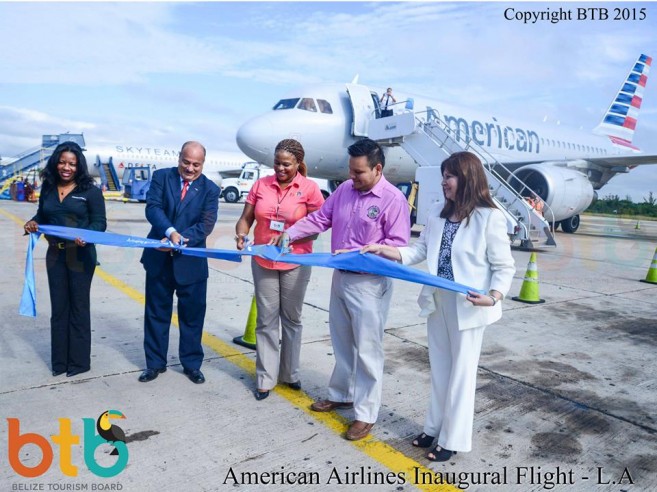 The flights operate on Saturdays and Sundays with an Airbus 319 featuring eight Business Class seats and 120 seats in the main cabin. On Saturday Flight 2194 departs from LAZ at 12:15PM and arrives PGIA at 6:17PM, while on Sundays the flight departs PGIA at 8:55AM and arrives at LAZ at 1:03PM.
In 2014, AA launched a direct flight between PGIA and Miami International Airport (MIA). “Through AA’s extensive network out of Los Angeles and Miami, customers traveling from Belize have increased connectivity to the airline’s expanded global network of nearly 6,700 daily flights to nearly 350 destinations in more than 50 countries,” said Alpuche. 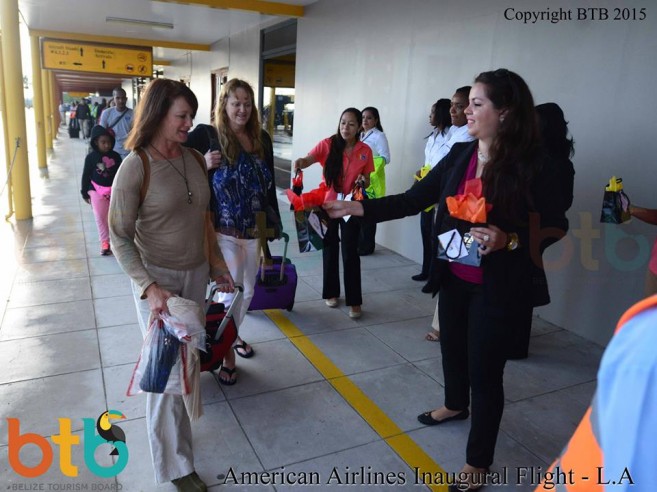 Passengers on the inaugural flight were greeted by American Airlines and Belize Tourism Board personnel upon arrival at PGIA.