Frustrated residents demand better roads; SPTC claims they are working on the issue


Island residents in the surrounding sub-divisions of San Pedro Town are complaining about bad street conditions following recent rains. In areas like DFC, Escalante, and San Pablo several of the streets are flooded posting a challenge for students walking to school and those commuting to work. Residents are further alleging that other areas on the island are prioritized over these sub-divisions. The San Pedro Town Council (SPTC) is denying such allegations and told The San Pedro Sun that they are currently addressing the areas in question. However, a visit to the said subdivisions shows no major improvements on the streets. 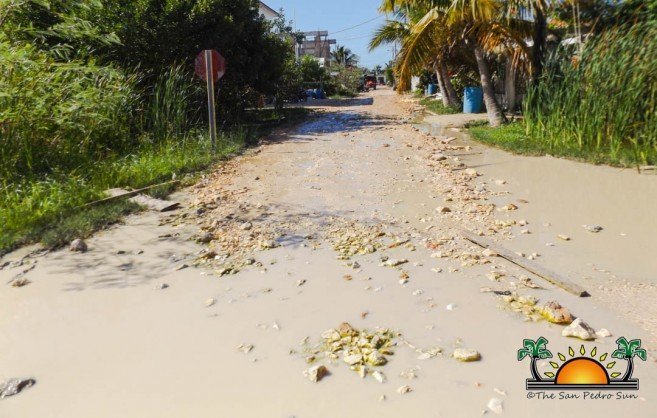 Residents are adding that this is a yearly issue during the rainy season in San Pedro, and they demand a long-term solution. Mayor Daniel Guerrero admitted that they are taking longer than expected, but that following the recent rains they have addressed the deterioration in some of these streets, particularly the larger, deeper potholes. “The job is even bigger now,” said Guerrero. “I realize that DFC is really in bad shape.” Islanders are firing back that the SPTC works have been less than satisfactory. “I don’t know what they mean by fixing the roads, the streets look the same,” one resident said. 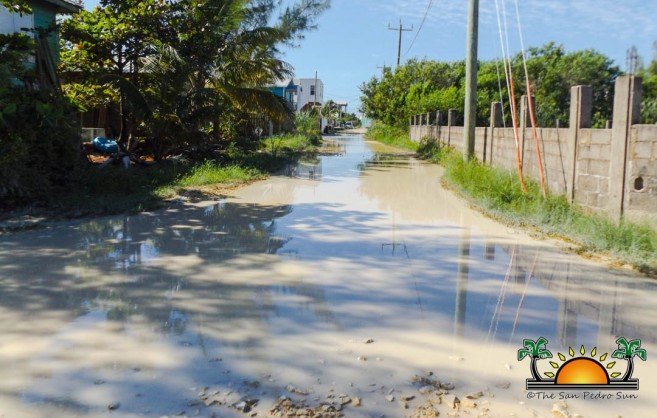 Guerrero’s plan to alleviate the situation will start works at the entrance of Escalante, then cut through the street adjacent to the New Horizons Seventh Day Adventist School until it hits the Marina Drive. “We are getting material from the mainland and the quarry in northern Ambergris Caye so we can concentrate on areas like DFC that are in very bad condition,” said Guerrero. 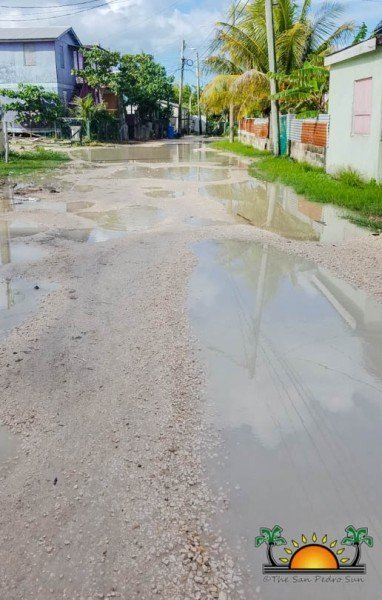 “Afterward, the side streets will be fixed. The works have already started, and we are putting material in the DFC area.” The San Pedro Sun checked the main streets mentioned and even Marina Drive, but could not see any major developments, and there were no signs of heavy equipment working in the area. 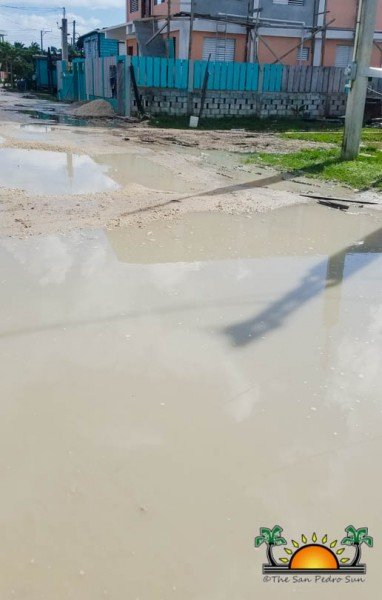 Guerrero acknowledged the allegations that the SPTC leans more toward the tourism sector, regarding upgrading infrastructure. Guerrero says that he is here to serve both residents and tourists. “Tourism is our bread and butter, and we have to be more around these areas,” he said. “If there are no tourists, there is no money, so we might as well fix the roads used by tourists. Not that we prefer to do that, but we need to look at where the circulation of the local economy is.” He stated that the infrastructure in the tourism sector benefits not only visitors but also the workforce on the island, as it provides jobs and business for everyone. However, workers feel slighted that they have to navigate terrible streets to get to work. 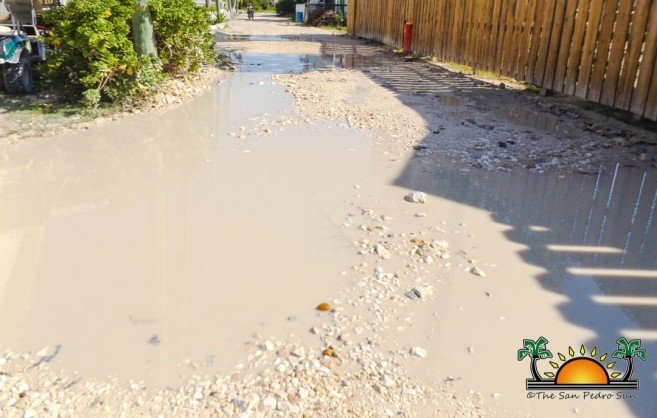 For the time being, the SPTC said that they would only work in the DFC Area, and eventually address the other sub-divisions, including the road leading to the Marina area. The SPTC also indicated that streets in the San Mateo Sub-division would see a major facelift as it is one of the residential areas they plan to target this year aggressively.

Atlantic Bank Limited celebrates half a century of service in Belize