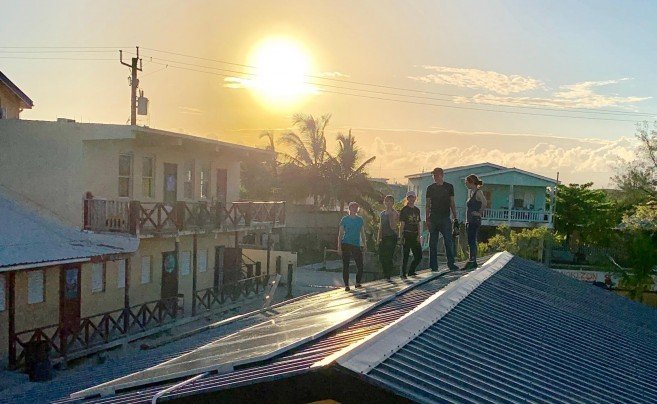 Before schools qualify to get solar panels, the team conducts an evaluation, looking several factors, such as appropriate wiring, the height of the building, the current electricity bill and most importantly, if the school is interested in using alternative sources of power. According to Dr. Skon, they had plans to install solar panels at two schools, NHSDAS and New Horizon Seventh Day Adventist School (ACES). “However, we couldn’t do ACES as we have an agreement with the college that we will not endanger our students by installing solar panels on second floor buildings, for their safety,” he said. Dr. Skon spoke of the positive impact of the panels. “They are a way to capture ‘free’ energy from the sun and convert it into power, which is then sent to the building, allowing the school to use less power from the electrical grid. The school saves money on their electricity bill. Solar panels are also an eco-friendly way of producing energy as it does not add to the burning of fossil fuels (often used by power companies), nor does it pollute the environment,” he said. 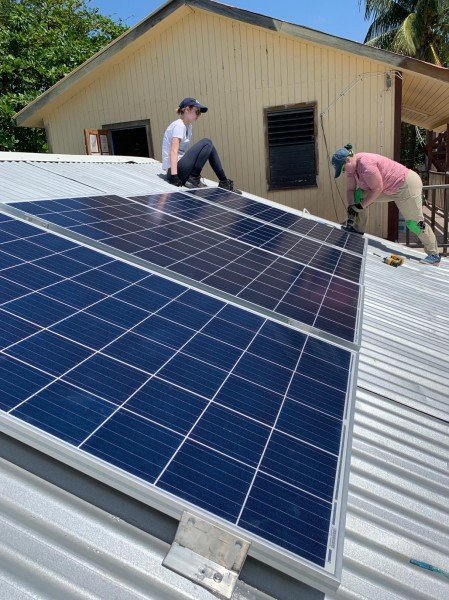 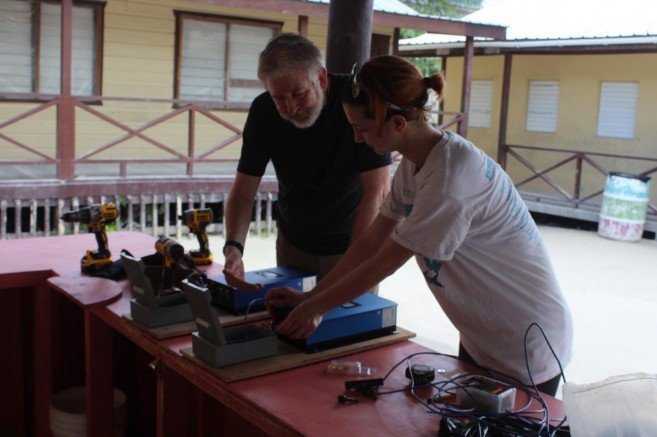 Dr. Skon shared plans that he is working on with The San Pedro Sun. “Our goal is to train students from high schools who are majoring in vocational work on how to install solar panels and the purpose of it. That way they will be able to do in the future for other schools and even in their own home. Hopefully we start that new program sometime next year,” he said. 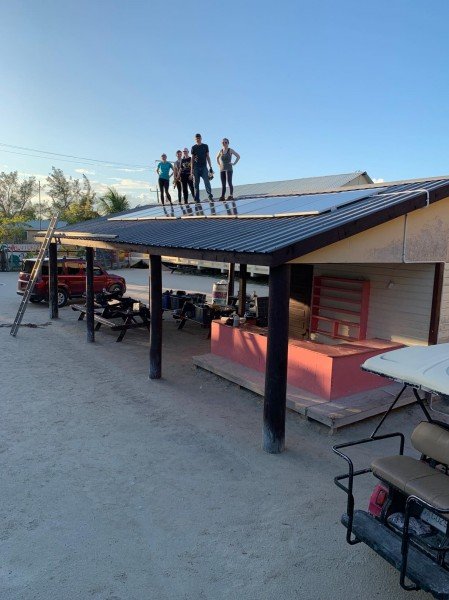 Special thanks go to the installation crew of Kenyon College for their great contribution to Belizean schools. The team is expected to be back sometime in mid-2020.