On Saturday, April 6th, the Alaia Charity Foundation hosted the first Ambergris Caye Half Marathon and 10- kilometre sporting event. Thirty-four runners participated in the event, hailing from Ambergris Caye, United States of America, the mainland and some as far as Placencia. The purpose of the event was to raise funds to provide financial, educational, medical and environmental support to disenfranchised island families. At the end of the race, runners in the several age-range categories, including under 20, 20-29, 30-39, 40-49, and 50 up, were awarded trophies and medals. 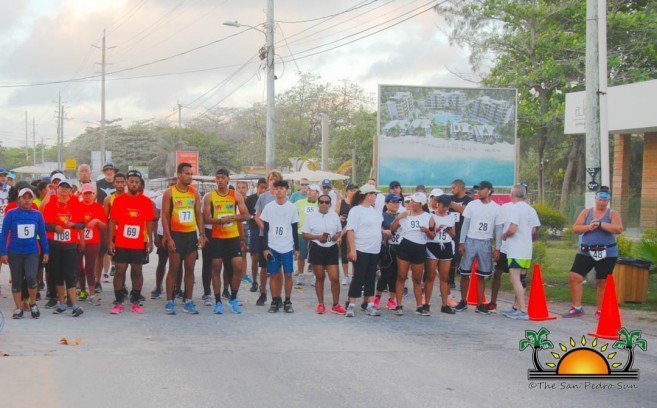 Runners convened in front of Banyan Bay Suites south of San Pedro Town for the first race, the 10-kilometer, which started at 5:15AM. Runners headed to Crocs Sunset Bar north of the Sir Barry Bowen Bridge, then turned back, with several chances at snatching station prizes along the route. At 6AM runners for the Half Marathon took off from the same location, heading north through downtown and across the Sir Barry Bowen Bridge, turning back right before Rojo Lounge entrance in northern Ambergris Caye. For the next three hours, runners challenged themselves in a gruelling competition that was for a worthy cause. Each of the runners returned to the finish line with a sense of triumph. While there were seasoned runners, many had never participated in such an event before. 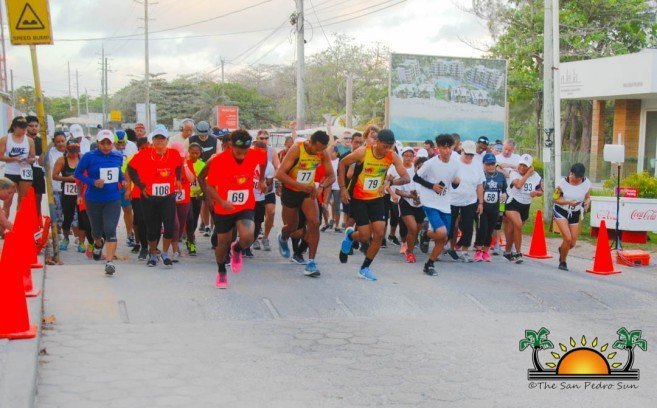 After the last runner returned, Managing Principal of Alaia Andrew Aschroft thanked and congratulated everyone for making the event a grand success, while he stated that a good amount of funds were raised, the total has not been revealed. 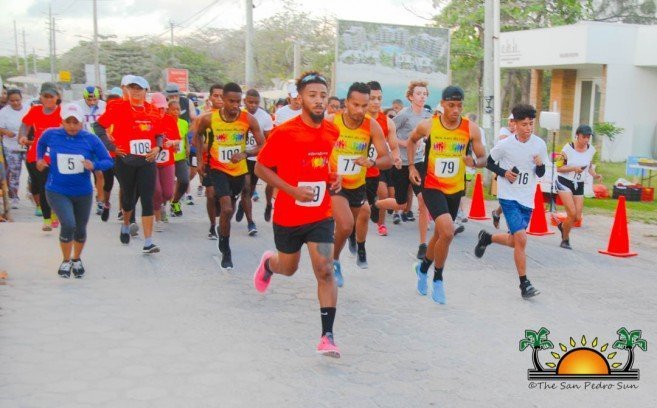 An award ceremony then took place, honoring the top three runners in the various categories with individual trophies for third, second, and first place respectively. In the 10-kilometer category, males, the top runners under the age of 20 were Jerby Bijil Jr., Judhn Swasey, and Gilroy Teck.

In the 20-29 age range, third place went to Giovanni Baizar, second to Brando Adulphus and first place was Radmom Smith. In the 30-39 category, the top runners were Alvin Castillo, Rafael August, and Vladimir Gonzalez. In the 40-49 age range, Ines Alvarange, Pavel Ythdall, and Mike Watts were the top three, while in the 50+ category, Patrick Ruddy, Scott Pleskonko, and Chef Laurent claimed the top three places. 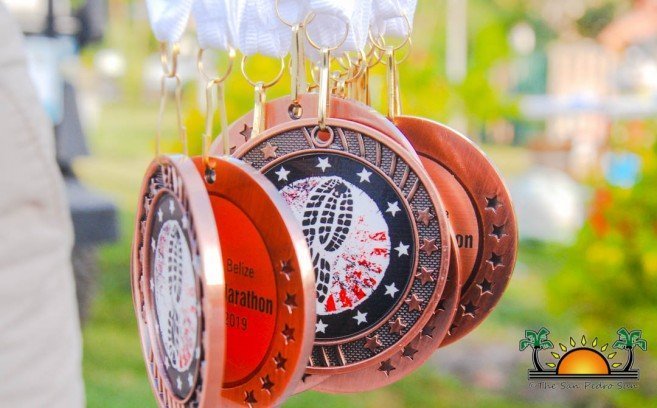 In the female category, Janira Cardona, Mara Meheia, and Shiandy Gille were the top three Under- 20. In the 20-29 category, Armin Quiroz, Yanice Torres, and Lilian Chun claimed the top three places. In the 30-39 years- old category, the top three runners were Liliana Nuñez, Kamira Black, and Micharla Lancaster. In the 40-49 age range, Lucy Padron, Betty Salazar, and Maritza Betancourt were honored as the top three runners. Rounding out in the 50+ category were Wendy Cowan, Michele Pleskonko and Lora Sokol.

In the Half Marathon, top performers were also honored. The top three male Under 20 were runners were Jose Barriento, Juan Portillo and Caesar Tejo. In the 20-29 category, Juan Santos, Isidro Peck, and Amir Ramos topped this section of the race. 30 to 39 saw Egbert Augustine, Francisco Lima and Lean O’Brian taking the honors. In the 40-49 category, Ian Gordan, Eddy Herrarte, and Luis August were the top three competitors. 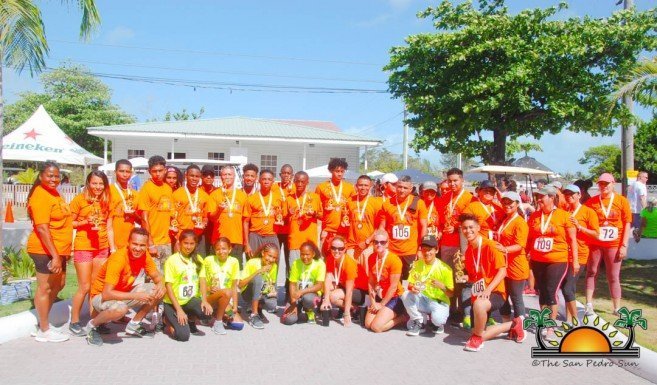 In the female division, the top runners Under 20 were Keely Faux and Kaylin Monterosso. In the 20-29 group, Yadirda Posada, Mikeala Ssniecku and Emily Gale were the top three. Jane Champion, Ana Camp, and Rosa Cruz were the three best runners in the 30-39 category. In the 40-49 group, Sonia Allen, Anita Tzec, and Rose Requena took the honors. In the 50+ category saw Ann Almasy, Mary Shaw and Consuelo Espat arriving first at the finishing line in their category.
Organizers would like to thank everyone who participated in this first ever event that they hope will become an annual activity. Runners are advised to stay tuned and get ready for next year’s event, which is expected to be bigger and better.

San Pedro Remembers Faye Lin Cannon
THEY came, they spoke and they listened