United Nations International Children’s Emergency Fund (UNICEF) Belize, along with the National Committee for Families and Children (NCFC) and Local Government (the Ministry responsible for the Sustainable and Child Friendly Municipalities Initiative) held a children’s right and child friendly media workshop with Belizean media corps at Best Western Plus Belize Biltmore Plaza in Belize City on Saturday, April 27th. The aim of the workshop was for UNICEF Belize and NCFC to deepen the relationship with Belizean media corps, as well as to discuss and plan how they can report on stories that involve children without harming them negatively. 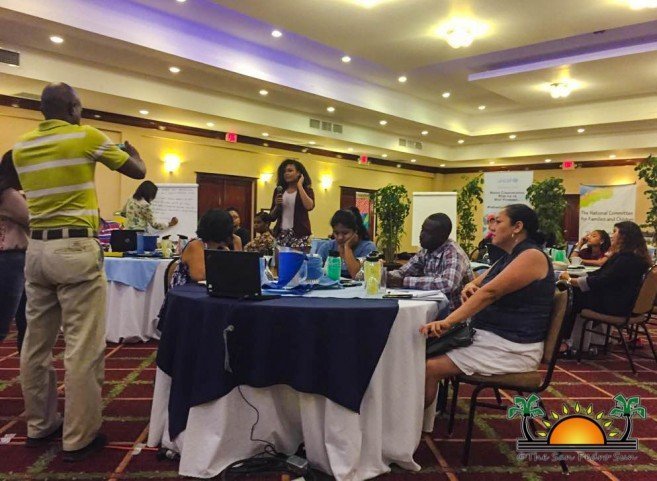 The workshop began at 9AM with UNICEF Belize Communications Officer Daedra Isaacs-Haylock welcoming everyone and explaining the structure of the workshop. Former News Editor and lecturer at St. Johns Junior, College Karla Heusner asked all media participants to introduce themselves, as well as to form groups with people who they don’t know. 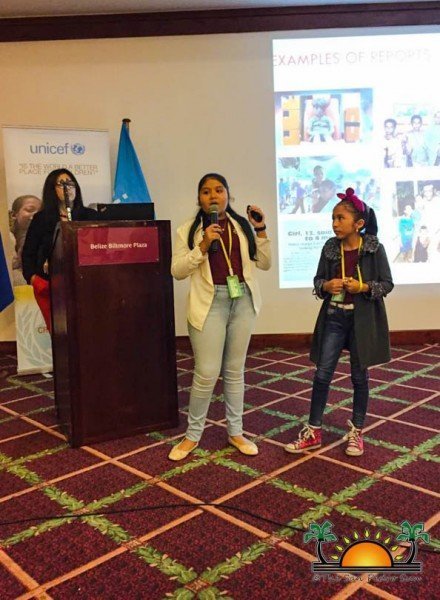 UNICEF Communications Specialist from the Regional Office in Panama Marisol Quintero led the first activity of the day, which asked participants to answer a questionnaire on their approach to reporting on children. After completing the activity, the questionnaires were exchanged, and participants had an open discussion. “When I report on children I show their picture or mention their names depending on the situation. If the news is that a child was abused, I would rather not mention their names nor show picture. However, if it is a situation where the child won an award, did well in sports or accomplished something, it is important to highlight the good things children are doing in our society as it motivates others to do so,” said one participant.
After that, Abbie Godoy from NCFC Informed Teen Reporters and members from San Ignacio/Santa Elena Child Advisory Body held a short presentation on the importance of children in the media. 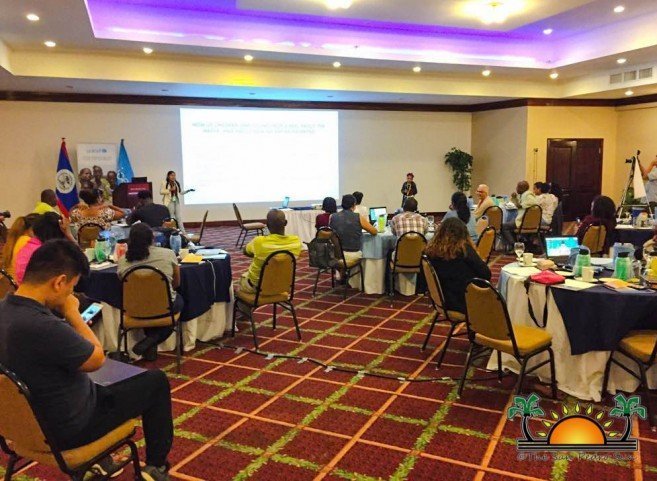 The second presentation was facilitated by Communications Specialist Quintero, who spoke on the Convention on the Rights of The Child (CRC), calling the media defenders of the CRC and to be children’s advocates. In 1989, the United Nations agreed that children need a special convention of their own and that’s when they established the Convention on the Rights of The Child (CRC). “It states that people under the age of 18 have all the rights it contains, whatever race, religion or abilities, whatever they think or say, and whatever type of family they come from. Under the convention, children have the right to have their basic needs met, like survival, protection, health care, food, and water. They also have the right for opportunities to help them reach their full potential such as education, play, sports, freedom to express opinions and involvement in decisions that affect them,” she said. Quintero also spoke of how the CRC focuses on the importance of the ‘role of the media’ in disseminating information that promotes child well-being. “It stipulates that the state should recognize the important function performed by the mass media and ensure that the child has access to information and material from a diversity of national and international sources, especially those aimed at the promotions of his or her social, spiritual and moral well-being and physical and mental health.” The media corps then participated in an open discussion on how they can serve as defenders for the CRC and be children advocates. 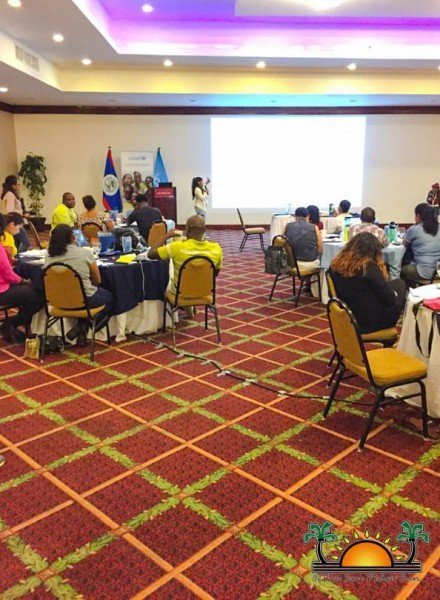 Heusner led the next activity, where participants were given some stories to rewrite, asking how they as news reporters would approach that specific situation.
At noon, Quintero presented guidelines on how to developing a Code of Conduct for the media when reporting on children. NCFC Communication Officer presented on the old/former Belize Code of Conduct for media reporting on children that were signed in 2004. In the afternoon sessions, the Belizeans media corps along with the various child-friendly organizations discussed and started the development of a new Code of Conduct for the Media. However, due to time limitations, only a draft was discussed and submitted. They were further facilitated with a brief presentation by the Chairperson of Belize Broadcasting Authority (BBA) Attorney Francine Burns, who spoke on the role of BBA and how they control what is broadcasted by the different channels. 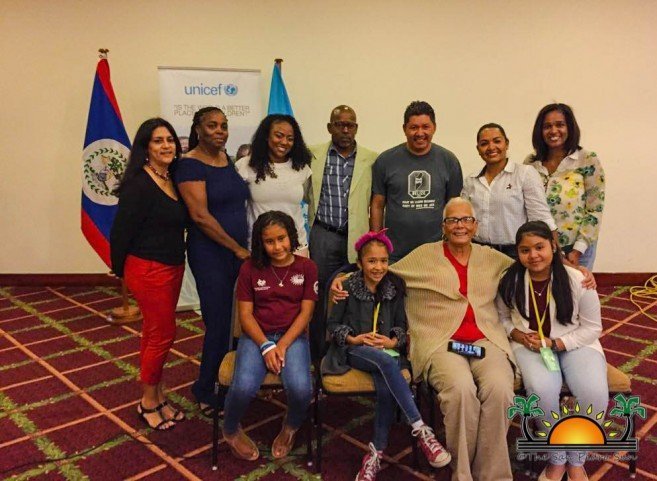 At 4:30PM, NCFC Chairperson Ms. Pearl Stuart delivered the closing remarks, thanking everyone for their attendance. She further assured that a follow-up workshop would be held to finalize the new Code of Conduct for Belizean Media on how to report on children.
UNICEF and NCFC hope to build a media that is friendly and safe for children, and that will continue to help them win support for the cause of children in Belize with engaging positive programming for, of, about and impacting children. In the future, they plan to also host workshops with the editors and managers of each media entity in the country. As reporters highlighted that most editors demand a ‘juicy’ story not taking the child’s rights into consideration.