Beautiful Destinee Arnold is making her mark in Atlanta, Georgia, USA as she prepares to compete in the 68th edition of the Miss Universe pageant to be held at the Tyler Perry Studios. The pageant, held on Sunday, December 8th, will air live at 7PM on FOX (Channel 15 on Coral Cable Vision in San Pedro). Arnold, along with 89 other contestants from around the world, are arduously preparing for the grand event. With over 2.5 billion viewers expected to watch the pageant, Arnold’s confidence, intelligence, and outstanding personality have been gaining popularity both locally and internationally. 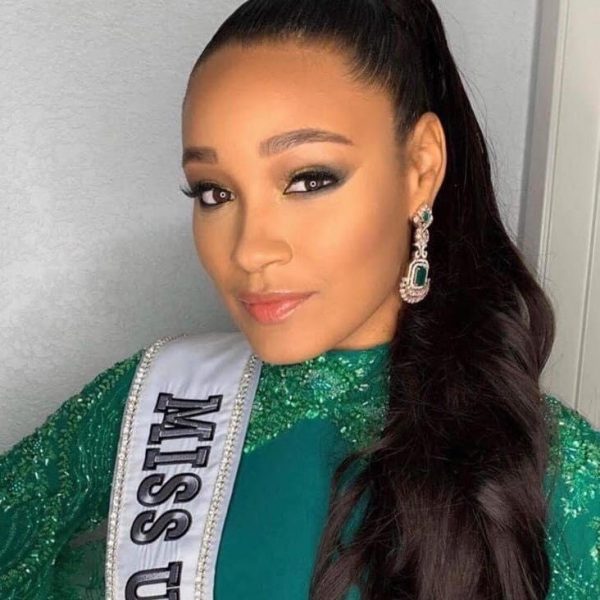 Arnold has already won several fan voting polls online. With Belizean support from around the globe, she’s defeated strong and popular contestants from the Philippines, Thailand, Colombia, and Vietnam among others. Upon arriving in Atlanta, Georgia on Thursday, November 28th her outgoing personality and smile is with her always, making friends with other contestants, participating in various events and shining brightly. She participated in Chi Hair Care Products photoshoots, Smile Train Organization activities and dinner events among many others. 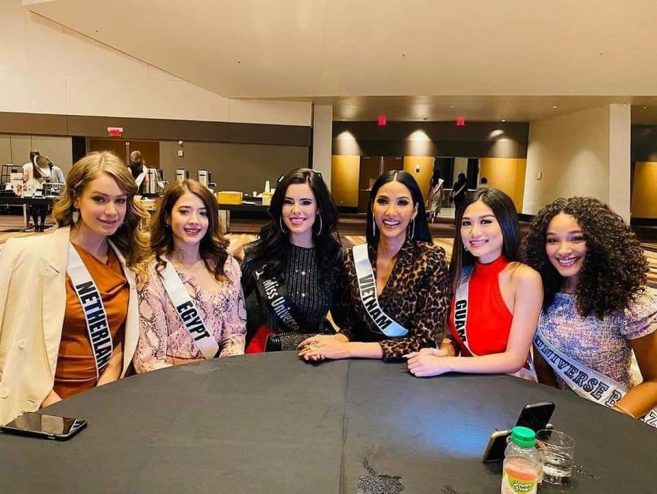 Prior to the final night, Arnold will compete in a Preliminary and National Costume Competition hosted by 2018 Miss Universe Catriona Gray from the Philippines. During that competition, Arnold will participate in a swimsuit, evening gown and national costume segment in front of a panel of judges on Friday, December 6th. For the first time ever, the Preliminary and National Costume Competition will be a pay-per-view special streamed live via watch.missuniverse.com. The scores from the night’s event, along with an interview portion, will help determine the Top 20 during the 2019 Miss Universe final night. You can vote for your favorite contestant to make it to the top 20 at vote.missuniverse.com. As such, Belizeans are encouraged to take time and vote for our beautiful Miss Belize. 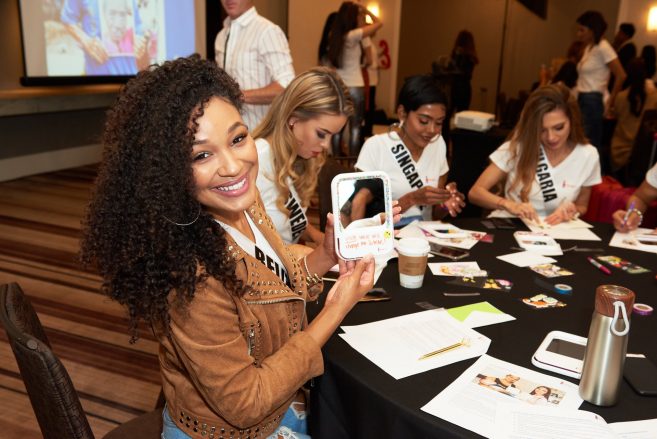 This year’s Miss Universe Live show will kick off with the announcement of the top 20 Semifinalists. The Miss Universe Organization has not confirmed this yet, but it is alleged that the top 20 will be picked in almost the same format as last year: the top five contestants from the America’s, Europe, Asia Pacific and the new addition of Africa. There will not be any ‘Wild Card’ top-five selection, which gave the opportunity to women from any region, who are deemed worthy of being in the Top 20. 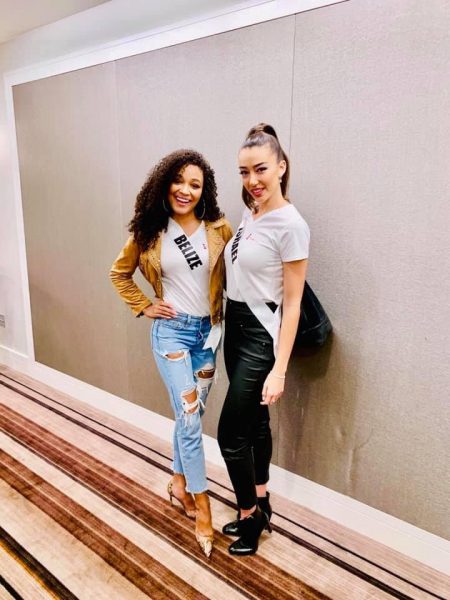 The host will then interview the top 20 semifinalists, followed by the swimwear segment. The scores from that will determine the Top 10. The top 10 semifinalists then move on to the second stage of the competition, which is the evening gown segment. The judges and fans will see the contestants’ style as they walk the stage in their evening gown of choice. However, the exact design of the time ever does not count towards the total score and instead, the judges’ focus will be on how confidently each woman presents herself.
From the scores given in the evening gown competition, the top five competitors are chosen, bringing them to the question and answer round. Each woman selects a judge at random who presents top-five focused on social, cultural and political topics. This round determines the contestant’s ability to articulate themselves under pressure while sharing a thoughtful, well-informed response. Again, all scores are averaged, and the top three contestants move on to the final question and answer segment. As it is customary, the same question is asked to all three contestants.
The 68th Miss Universe pageant will conclude with the host announcing the second-runner up, first-runner up and the winner. If the winner is unable to fulfill her duties, the first runner-up will take her place.
Miss Universe is the most important and prestigious beauty pageant in the world, as it empowers women to develop the confidence they need to achieve their personal best. It is also the largest beauty pageant in the world in terms of live TV coverage, airing yearly in more than 190 countries worldwide to an audience of over 2.5 billion people.
For the fifth consecutive year, this year’s host is five-time EMMY Award-Winner Steve Harvey. Arnold is giving her best in this year’s pageant as she wishes to break the 40-year-streak since Belize made it to the semifinals. In 1979, Sarita Acosta became the first and only finalist to date to make it to the top semifinalists in Perth, Australia. To keep up with everything the contestants are doing, you can follow Miss Universe on Facebook, YouTube, Twitter, and Instagram. You can further follow our Miss Belize Universe on Instagram at Destinee Arnold or the Miss Universe Belize Organization. The San Pedro Sun wishes 2019 Miss Belize Destinee Arnold the best of luck. As an excellent beauty ambassador, she is already a winner in the hearts of all Belizeans.