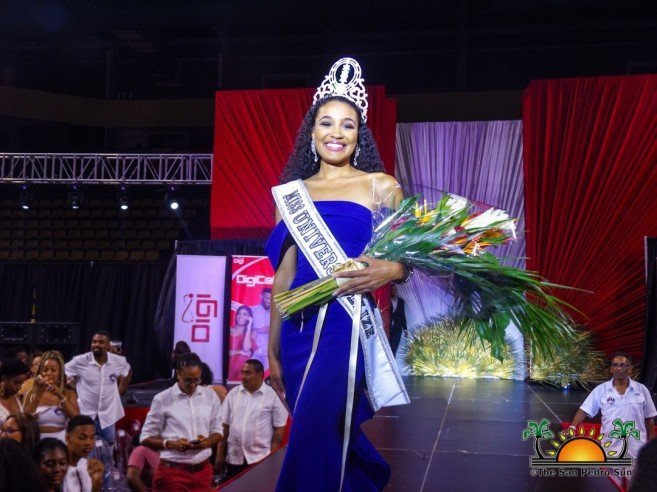 The pageant to select Belize’s beauty ambassador was held inside the Civic Centre and saw Arnold besting seven other candidates: Destiny Wagner, Markeisha Young, Ryeann Smith, Aarti Sooknandan, Tianney Lamb, Josselyn Cerin and San Pedro’s very own Vivian Noralez. Arnold is the 30th Belizean woman to represent the Jewel in the international Miss Universe beauty pageant, which is taking place in Seoul, South Korea in December of this year.

The show started with the eight contestants introducing themselves to the audience. They quickly retreated backstage and hosts of the night, William Neal and Ava Lovell Belisle welcomed everyone in attendance. 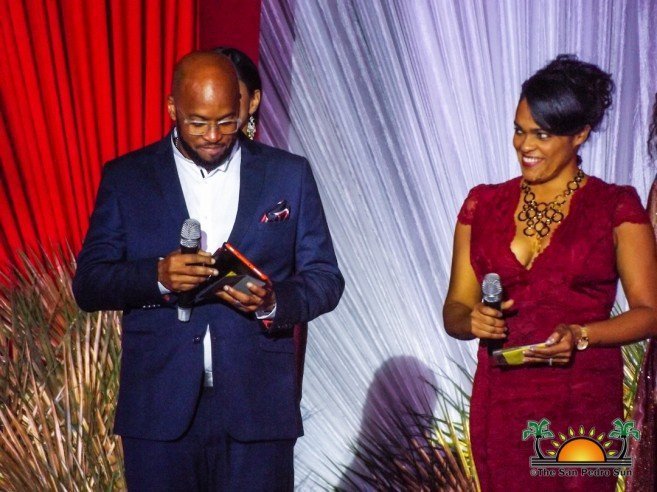 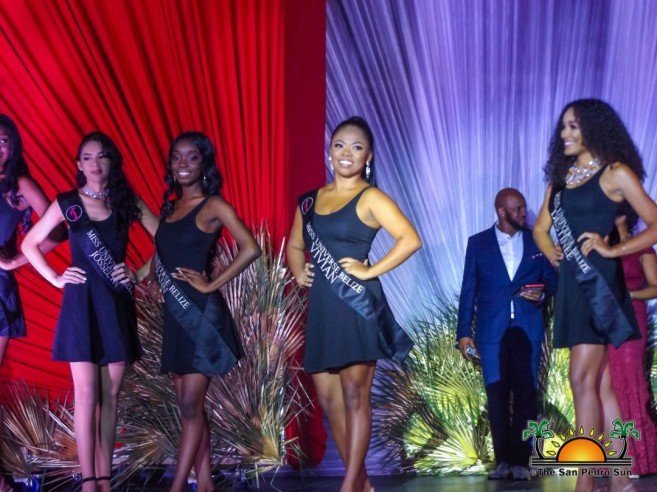 The pageant continued by asking each candidate to share a bit of information about themselves. Islander Noralez, proudly shared information about her ethnic background (Maya and Garifuna) and how honored she was to be representing La Isla Bonita in such a prestigious pageant. After the introductions, the swimsuit competition lit up the stage with each contestant demonstrating poise and elegance while drawing loud cheers from the audience. 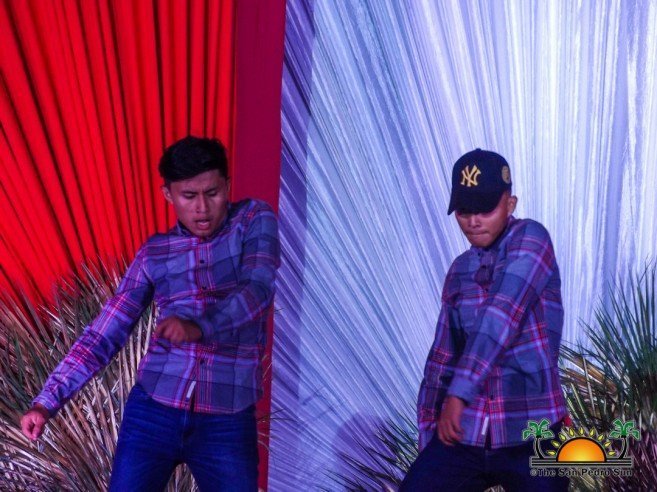 Once they retreated backstage to prepare for the evening gown segment, attendees were entertained by the dance group Clique.

The highlight of the pageant delighted the large crowd as the contestants graced the stage in their glamorous evening gowns, showcasing elegance and confidence.

The judges indeed had a challenge as every contestant did a wonderful job on stage. 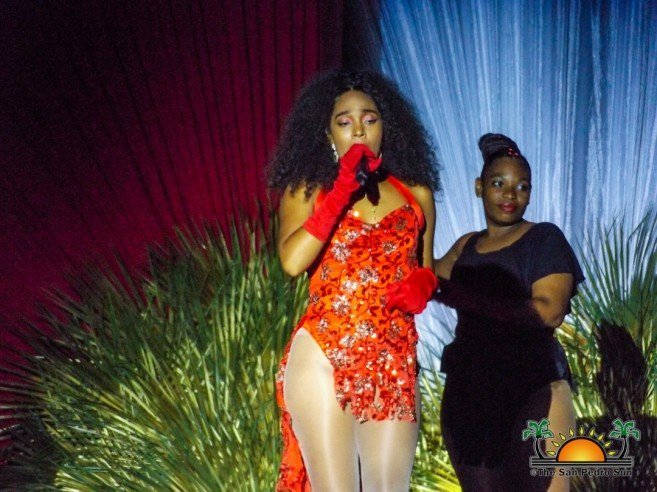 After the elegant display, Marlyn Vansen serenaded the audience with her performance. Her diverse hits put many to sing and dance. Afterward, Neal and Belisle were back on stage with all eight contestants to reveal the top five contenders, who would move on to the following segment. Before the announcement, prizes for Miss Popularity and Miss Congeniality were awarded. 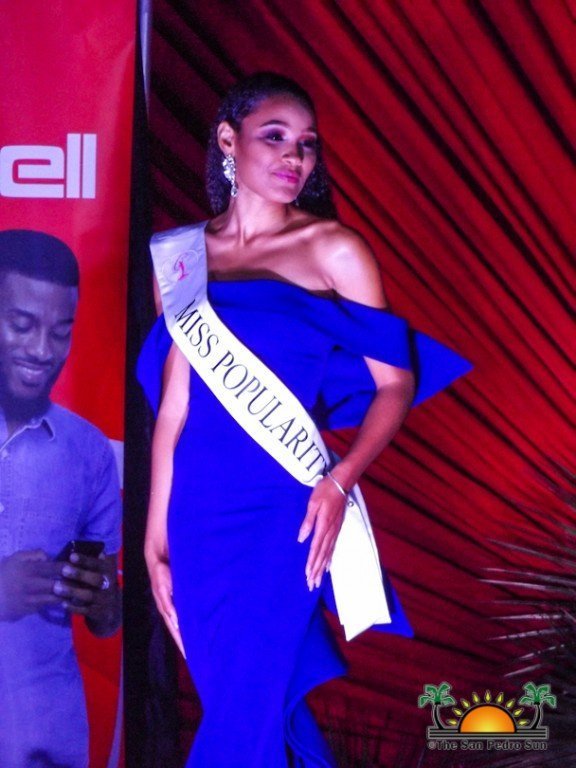 Destinee Arnold was sashed as Miss Popularity, while Aarti Sooknandan received the sash of Miss Congeniality. 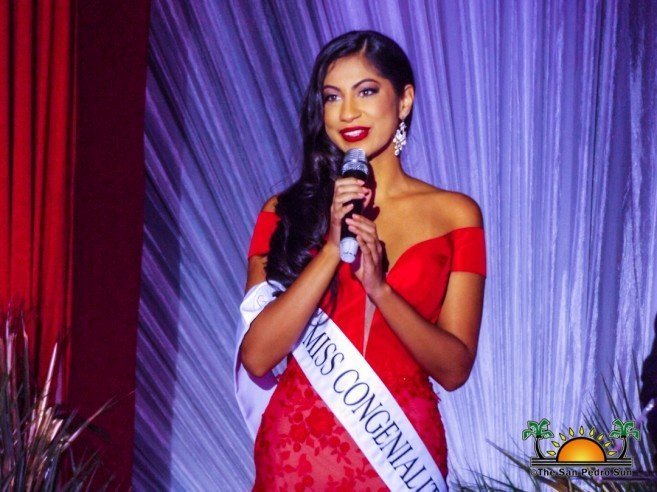 The five finalists then participated in the question and answer round of the competition. They had one minute to answer and the questions which varied in topic from drugs to inequality and the effects of social media. 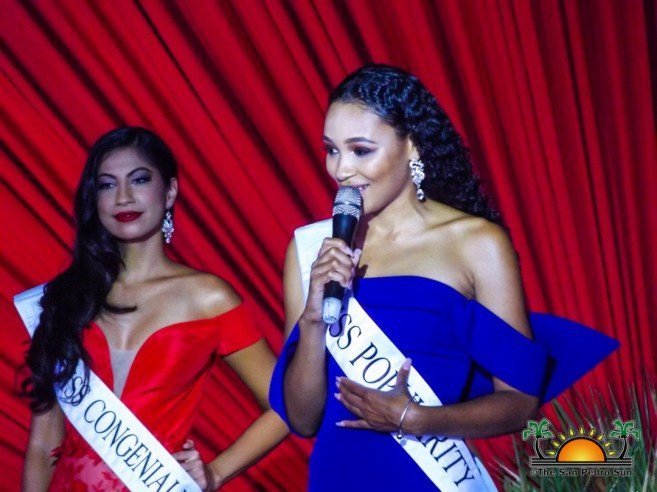 When Arnold was asked about her challenges while growing up and how she overcame them, she said that while growing up, she did not know how to value herself. “I thought that my value stemmed by someone who would tell me that I am valuable. But I realized that depending on someone to tell me I have worth is misplaced value. The moment that I was worthy despite what anyone says, I activated the power that was within me. And now there is no obstacle that I cannot face, an example of what can happen when you value yourself.”

Judges quickly tallied scores for this segment leading to the announcement of the top three contestants. After a short break, Destinee Arnold, Destinee Wagner and Markeisha Young advanced to the last segment of the pageant. 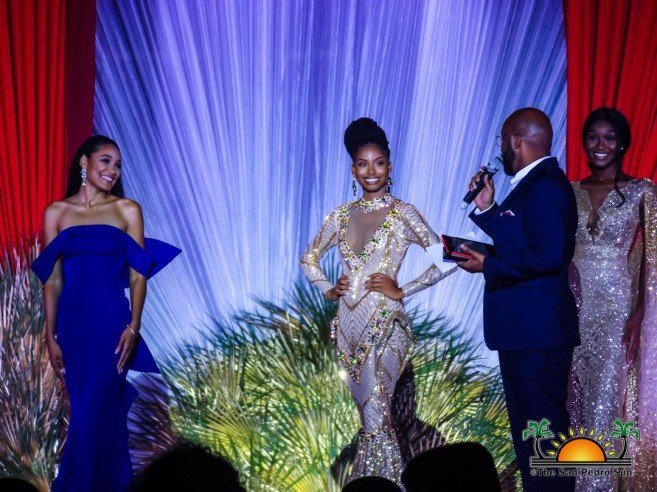 All three contestants were asked the same questions, while the other two wore sound-proof headphones. Each was asked, ‘What is the best thing about being a woman in 2019?’ The answers reflected equality, rights to advocate, and working together with men to help continue building Belize. 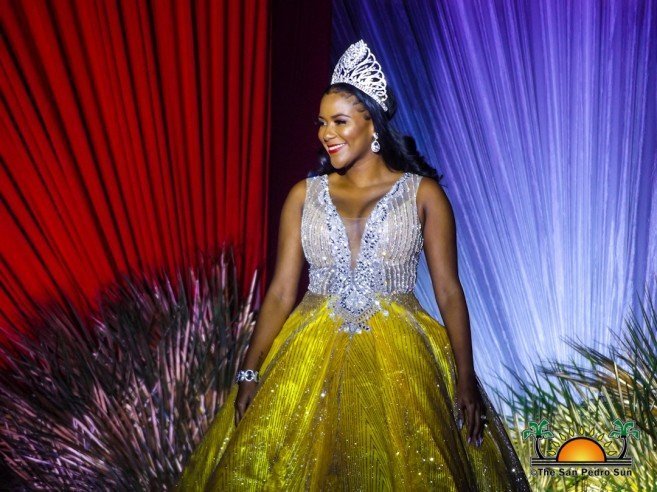 Following the last break of the competition, and as the judges deliberated, Miss Universe Belize 2018 Jenelli Frazer gave her final walk across the stage. She thanked everyone for their support and wished the next queen all the best in her reign. 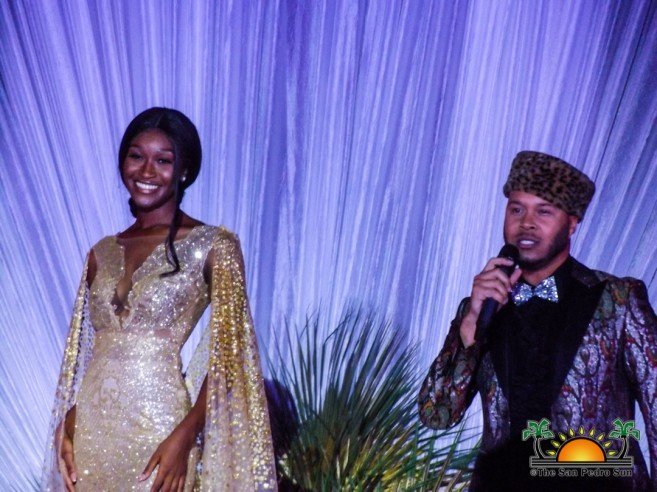 Before the winner was announced, pageant judge Frankee Razor performed on stage alongside the girls. Following his energetic singing and dancing, the final decision of the judges was handed to the hosts.

In third place was Markeisha Young, and the nail-biting moment then saw Destiny and Destinee waiting for the result. 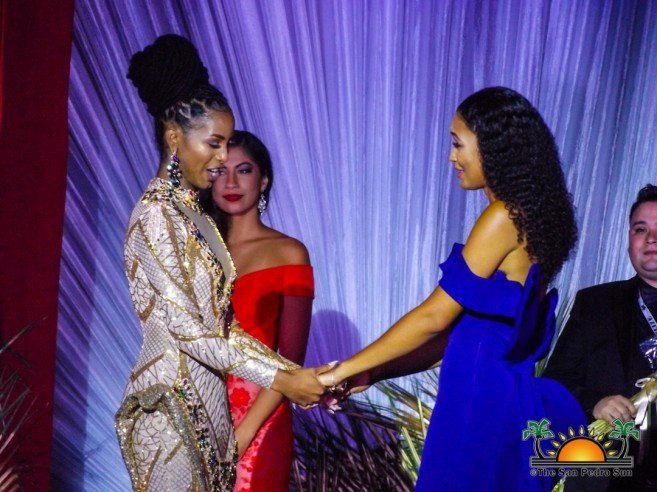 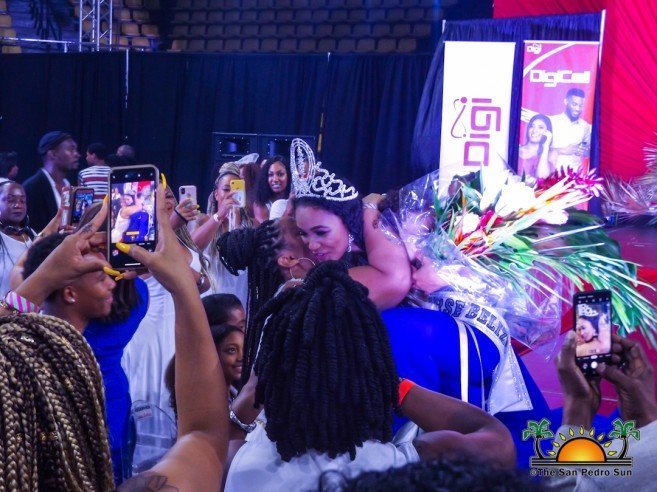 Friends and relatives approached the stage to congratulate Arnold, who hugged and thanked everyone. Arnold shared her excitement with The San Pedro Sun. “I am extremely thankful that my life and dream is aligned with God’s purpose for my life, and I am ready to go on that stage,” she said. Arnold is not only representing Belize at the 68th Miss Universe Pageant in Asia, but is also receiving some fabulous prizes and recognitions. These range from a full scholarship, to jewellery, trips and the opportunity to work with charities around the country. 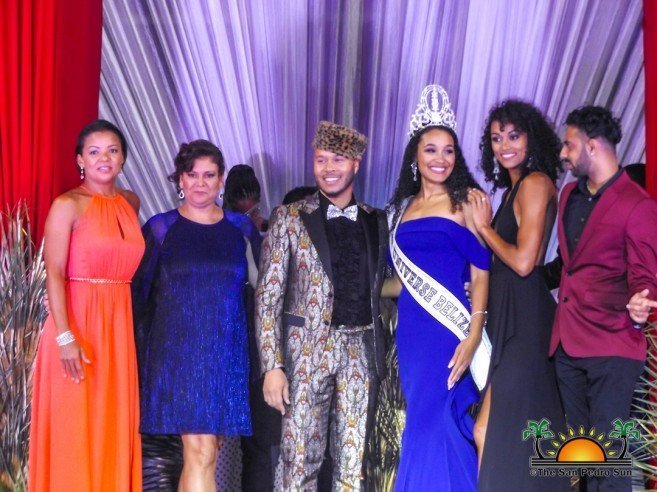 Arnold’s experience in pageantry dates to 2012 when she represented the Jewel as Miss International Belize at Miss International in Okinawa, Japan. In 2013, she captured the prestigious title of Reina de la Costa Maya at the 22nd edition of the International Costa Maya Festival in San Pedro Town. Arnold captured the hearts of the audience and panel of judges over the other candidates from Panama, Costa Rica, Nicaragua, Honduras, El Salvador, Guatemala, and Mexico.

The San Pedro Sun joins the entire nation in wishing our new Miss Universe Belize the best in her reign and on the international stage.