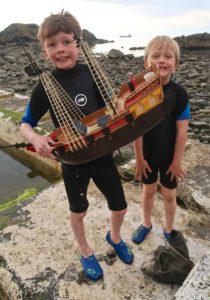 A fascinating and adventurous project initiated by a pair of siblings in Scotland involving a Playmobil pirate ship called ‘Adventure II or A2’ continued Saturday, February 6th, after the toy boat spent ten days in Belize. A2 is currently aboard the catamaran “Sailing Lost” bound for Isla Mujeres, Mexico, where the Playmobil will set sail. A2 needs to sail the ocean currents taking it around Cuba, passing Florida, USA, and then into the Gulf Stream back across the Atlantic Ocean, heading home to Scotland in the United Kingdom.

The pirate toy ship has been monitored closely from Aberdeenshire, Scotland, by two brothers behind the project, 11-year-old Harry and 8-year-old Ollie Ferguson. Harry and Ollie previously set a world record for the longest distance traveled by a toy boat at sea when their first boat, Adventure, drifted from Europe to Barbados. The toy boat was never found after its tracker died. A2 is the second phase of the project and was released about four months from Guyana’s shores, stopping in Honduras and arriving in Belizean waters on January 27th. There was a message in a bottle in the little boat from Harry and Ollie, including those of Roland and Julia Rumm and their 5-year-old son Santi from the Honduran island of Guanaja. The notes asked anyone finding A2 to recharge it, take pictures of themselves with the vessel and safely return her to the sea.

A2 visit to Belize

The toy ship was expected to beach on San Pedro Town, Ambergris Caye, after sailing from the island of Guanaja in Honduras. The Playmobil had been in Honduras for a couple of weeks undergoing repairs under the care of the Rumms before being put back to sea to continue its journey. In Belize, using GPS coordinates, followers decided to head out to sea to meet AZ, fearing it could crash on the barrier reef and not make it to shore. Islander Cindy Vigna, Lara Goldman, Captain Elito Arceo, among others, rescued the pirate ship and brought her safely to San Pedro.

While waiting on a re-launch date, A2 was given a tour of San Pedro Town. A schedule was prepared, and fans on the island had the opportunity to admire the little pirate ship at exhibits at the Belize Sailing Center, Hol Chan Marine Reserve office, restaurants, educational centers, and the local media. Harry and Ollie were also able to zoom with students from The Island Academy, who learned about navigation. 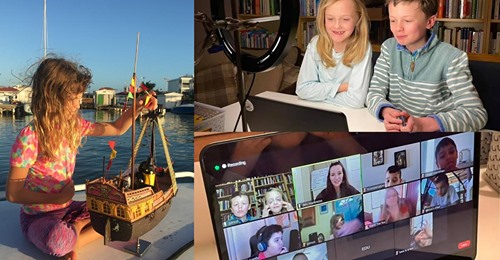 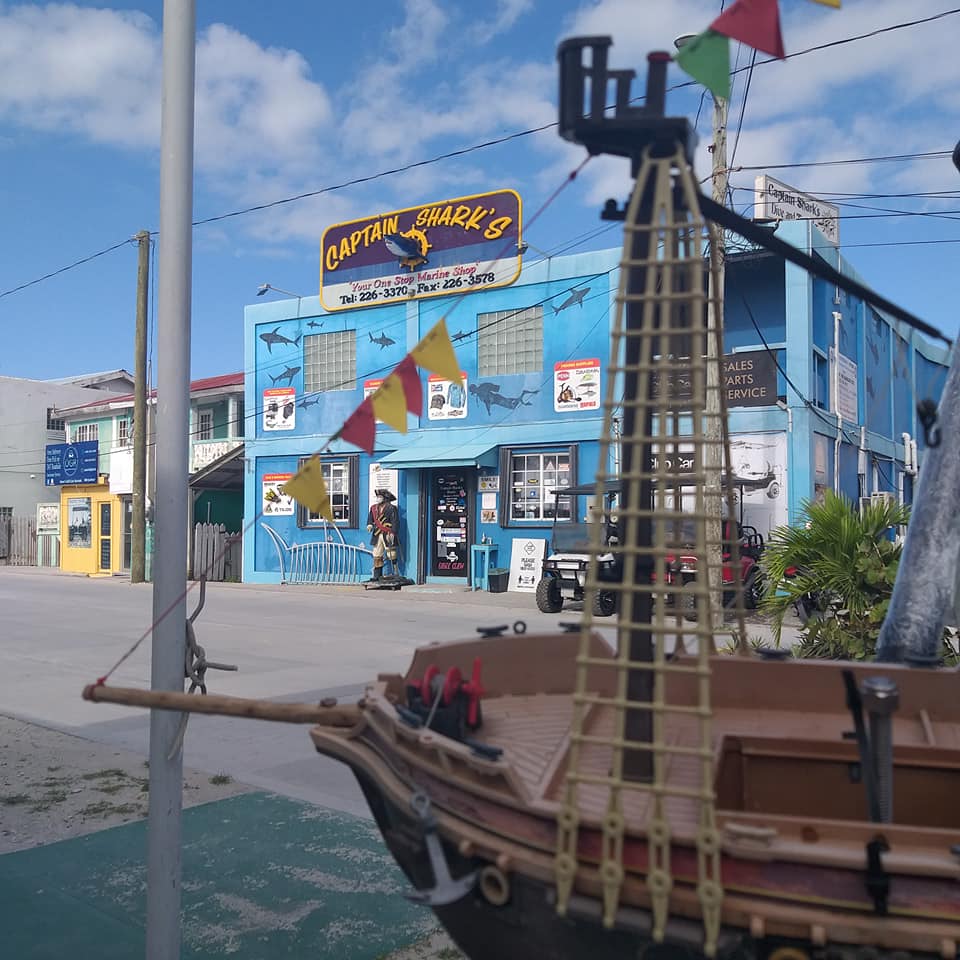 To increase A2’s chances to successfully sail the high seas back to Europe a creative improvement of the keel was needed. A modified keel would allow the currents to set the course rather than drift the little boat to shore. The famous toy ship was welcomed by Captain Shark’s boatyard, who took on the task to make the necessary modifications. After undergoing the much-needed repairs, A2 was fitted with a heavy-duty keel.

As plans continue for a date and place for the re-launch, the Playmobil managed to get a ride to Mexico from Belize City. Vigna took A2 to Tropic Air, which transported it to Belize City on Thursday, February 4th.  The coordination happened through the efforts of Belize Sailing Vacations, who coordinated its departure with Sailing Lost. The Belize Immigration Department even cleared A2 before sailing off to Mexico.

The team at Sailing Lost commented to the Ferguson brothers, “[We are] so stoked to be a part of this trip, boys. We feel confident it will ward off rough weather when the time comes.” They plan to make a video of the launch available when A2 hits the sea.

Its tracker’s battery is fully charged and can last for months. It sends a signal every four hours showing where the toy ship is located. Harry, Ollie, and their family are grateful to the people of Ambergris Caye and Belize for looking after their pirate ship. They hope to visit Ambergris Caye sometime in the future and thank everyone in person who was involved in the hospitality given to A2.