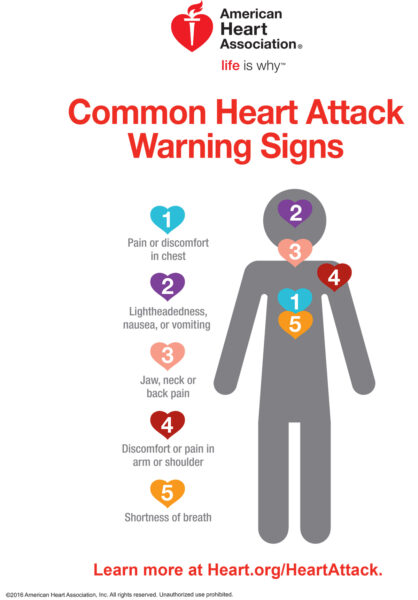 On December 4th we were at this beautiful place for dinner with a private table right on the beach in San Pedro, Belize to celebrate our cousin, Elana’s birthday. The setting was perfect. Our own private table away from everything and just a few steps from the water. We ordered appetizers and drinks then Elana reminded us we had been here 10 years before for her wedding to Howard.

I started to feel sick. There was internal heat washing over me and my heart started to race. I was nauseous, dizzy, my heart was pounding hard and things just did not feel right. Pris walked me the 100 feet back to the building to use the bathroom. We slowly returned, Pris holding my arm. I tried to relax on the chaise lounge but there was too much adrenaline being pushed into my system. Later, the doctor explained this is the body’s way of warning you to do something.

We rushed in our golf cart – what everyone drives on the island. Elana raced at our peak speed of 25 mph over the speed bumps and around the corners – to the one clinic with the one doctor on the island. Once in the single clinic room, I was connected to monitors. A monitor repeated the same message over and over, “temperature too low, systolic too high, heart rate too high.” At the same time, the fluorescent light above me strobed in unison. “Why is that light strobing?” I asked, thinking it might have something to do with the monitor. The doctor’s reply, “It’s starting to burn out.”

Doctor Dani started an IV, did blood work, and examined me. It felt like a long time. We arrived just before 6 pm. I looked at the clock and it read 9:59 pm. At that moment, I panicked because I knew I was having a heart attack, I just knew it. Why had it taken so long to do anything? Were they not acting because I wasn’t going to make it? I called for Pris, “my wife, where’s my wife” and she squeezed my hand and said, “I’m right here.” “Am I dying,” I asked? She answered no but I could tell behind that strength that she always has, there was some fear in her response.

I looked at the clock again—9:59 pm. Now time was moving so slow. The doctor informed us that my blood test results were slightly elevated. “Let’s wait a few minutes and see how you feel,” he said. Pris and I both asked at the same time, “can you do an EKG?”. Out came the machine, a box from decades back with suction cup leads. He put gel in each spot and proceeded to unravel the multitude of wires, place the leads as well as the grounds on my wrists and ankles. The whirring noise of the machine began and a moment later the sheet printed.

He came back and put some powder in my mouth and said let it dissolve. My mouth was so dry that a puff of it came flying out when I breathed. Pris gave me a sip of water and I sucked on the dry powder. Two injections were added to the IV. Pris asked him what it was. “Heparin to thin the blood and a beta-blocker to reduce his heart rate,” he explained.

A few moments later, I felt a crushing pain in my chest. It was as if someone shoved their fist into my chest and grabbed my heart. The pain was so sudden, so intense, I grabbed my chest and yelled (later Pris told me that I never yelled out). I saw the doctor rush from the room and come back with a shot. “Morphine,” he said as he pushed it into the IV.

Everything went dark; there was silence and awareness. I was with Howard and my sister, Diane. Howard passed away five years back and Diane just last year. I asked my sister, “What are you doing here.” She didn’t answer. “I’m dying,” I said out loud. “No, not today. I need to fight. It’s Elana’s birthday! Don’t let this happen. MacKenzie needs her daddy there for her wedding.” I could hear Pris speaking to me, holding my hand and reassuring me as the room started to come back into focus. I opened my eyes and told her I had blacked out. “Am I going to make it,” I asked her? “Yes,” she said but there was worry in her voice. Then she squeezed my hand and said more confidently, “you are going to be fine, you are not dying today.” At least that’s what I remember her saying. I felt reassured by her strength and her love.

How could that be? Did I hear right? “What time is it?”

“I just told you, 6:30,” she said. And the clock on the wall said 9:59. At that moment, I realized I had only been there for 30 minutes. I had thought everything was taking too long. My mind had trouble reconciling.

“We’re going to have to fly you to Belize City,” Dr. Dani informed us. We were across the street from where we had been staying so Pris went to get our things. We were airlifted to Belize City and taken to Buttonwood Bay Cardiac Medical Center. We were met by Dr. Silva who explained all that had happened. I had an 80% block in an artery called the “LAD” also known as the “widowmaker”. The blood thinners opened the flow and the beta-blockers were keeping my heart rate low. I had been in the midst of a massive heart attack. Fortunately, they were able to stop it in time. He explained that Dr. Gough, the cardiologist, was in Mexico and returning the next day. I asked, “Is he the only cardiologist.” The nurse told us there were three in Belize but he is the best.

Sunday, Dr. Gough arrived. He told us I was stable and needed to rest and relax, that they would do an angiogram the next day. He also told me there was no permanent damage to my heart because of the fast work at the clinic – thank you, Dr. Dani.

The catheter lab where they did the angiogram was state of the art. I was awake as he pushed the tiny wire with a camera on the tip into my femoral artery and up into my heart. I was able to see all the workings of my heart. In the states, they would have draped me and not let me see any monitors. In Belize, Dr. Gough explained everything about every part of my heart, letting me know where any issues were seen. He showed me the narrow artery and explained that medication management was the best approach. “You are young, you are going to live another 50 years,” he said confidently.