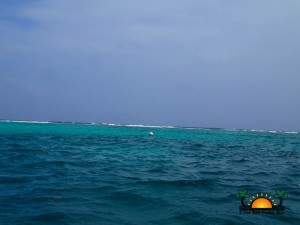 An American tourist, identified as 67-year-old Lora Brook Peterson, died the morning of Sunday, April 28th, while snorkeling at Mexico Rocks Marine Reserve north of San Pedro Town. Peterson, who along with her family, was visiting from Wisconsin, USA, allegedly went into cardiac arrest, and despite being aided with prompt medical assistance, could not recover, and was declared dead around 11:25AM.

According reports, San Pedro police received information of an apparent drowning and visited Ambergris Hopes Clinic on Pescador Drive where they observed Peterson’s lifeless body. They later found out that around 10:20AM, she had been snorkeling with other family members at Mexico Rocks Marine Reserve. Peterson reportedly passed out and was immediately assisted by 25-year-old tour guide Darryl Velasquez, who took her back to their boat and performed Cardiopulmonary Resuscitation – CPR – on her.

Afterwards, they sought the assistance of Rickilee Response and Rescue team (RRR). RRR transported Peterson to Ambergris Hopes Clinic, where Dr. Daniel Gonzalez also tried to resuscitate her. Dr. Gonzalez told The San Pedro Sun that the patient underwent cardiac arrest. He said they did everything they could to bring Peterson back from unconsciousness, but she never recovered.
Dr. Gonzalez said that Peterson’s relatives indicated that she did not show any signs of illness prior to the snorkeling trip. However, during the snorkel activity, she suddenly started panicking and then became unconscious.

RRR and the tour operator assisted the Wisconsin family in transporting Peterson’s body to Belize City. A post mortem examination is expected to take place this week in order to determine what caused Peterson’s death.