Work adding an extension to the Sir Barry Bowen Bridge at Boca del Rio continues. Once this is complete, the original bridge will be dismantled and rebuilt, turning it into a two-lane concrete structure. The bridge will not only be stronger, but according to Mayor Gualberto ‘Wally’ Nuñez, it will maintain a reasonable clearance allowing for the passage of large boats below. 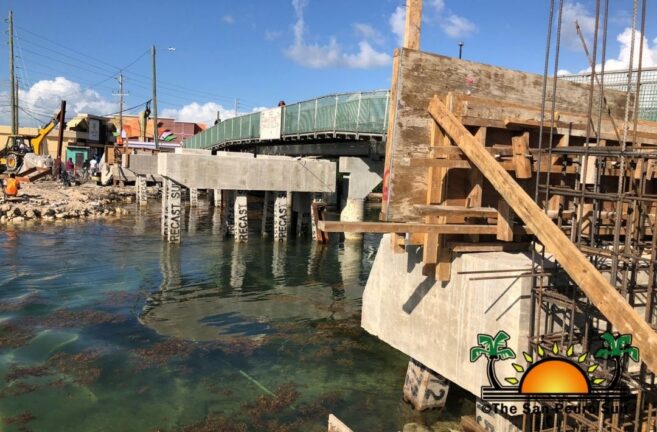 A couple of tour companies that use the route underneath the bridge to access the lagoon became concerned with the height of the new structure and wondered if the bridge should be at least a foot taller to accommodate bigger boats. Mayor Nuñez said that when they place the beams, the bridge will have the same height as the old bridge, and it should not cause any inconveniences. 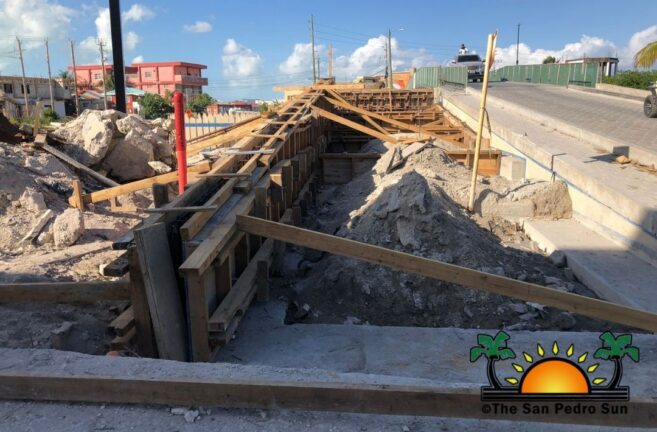 Nuñez added that they could not build a taller bridge. “If we make it higher, the landing would need to be longer, and there is no space for that,” said Nuñez. The cost of the bridge will be around $2 million, which is financed via a loan the San Pedro Town Council has secured. The Mayor briefly said that his team is working to establish a $20 million bond for other projects like paving streets. The $2 million loan for the bridge would be included in this bond. 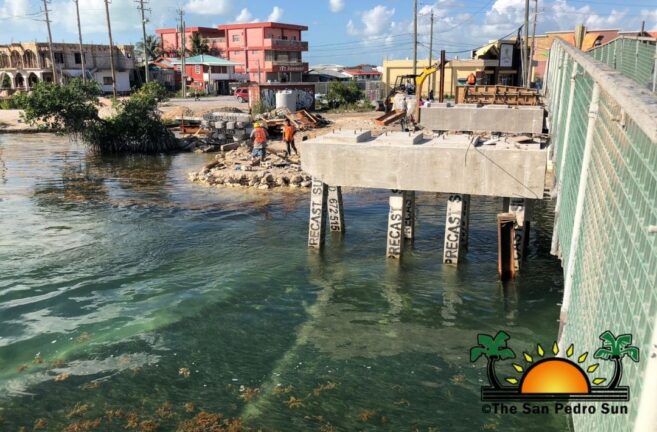 The plans to build a new bridge started when the new current administration took over last March. They claim the important island structure connecting San Pedro Town with northern Ambergris Caye was neglected by the past administration, and the concern is that it could collapse. The previous administration noted that the bridge would undergo maintenance every six months. 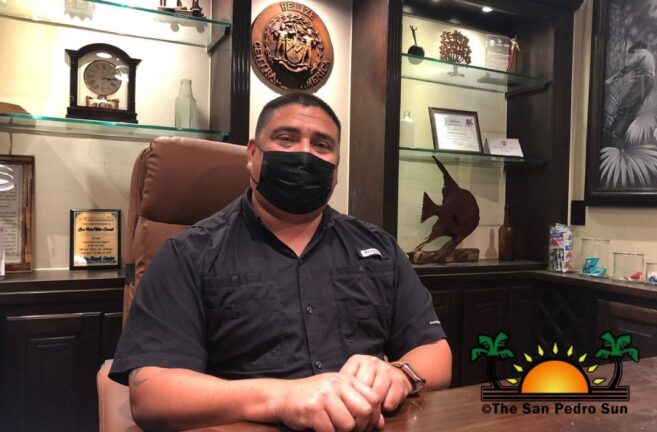 The bridge, however, needed to be refurbished as it was built only for lighter vehicles such as golf carts and pedestrians. Over the years, as the island community continued to grow, large vehicles such as dump and cargo trucks crossed the bridge every day, weakening its design. The concrete bridge should be finished later this year.