Home » Community and Society » New bridge for Boca del Rio is a go!

New bridge for Boca del Rio is a go!


In August of this year, Area Representative, Honourable Andre Perez said that funds had been secured to build a new bridge next to the Sir Barry Bowen Bridge at Boca del Rio. That announcement is now about to materialize as on Wednesday, December 22nd, surveyors were on the ground assessing the site for the new structure. Meanwhile, the piles (long concrete poles) for the bridge’s foundation have been delivered, and according to reports from the San Pedro Town Council (SPTC) it is a matter of time before construction begins. 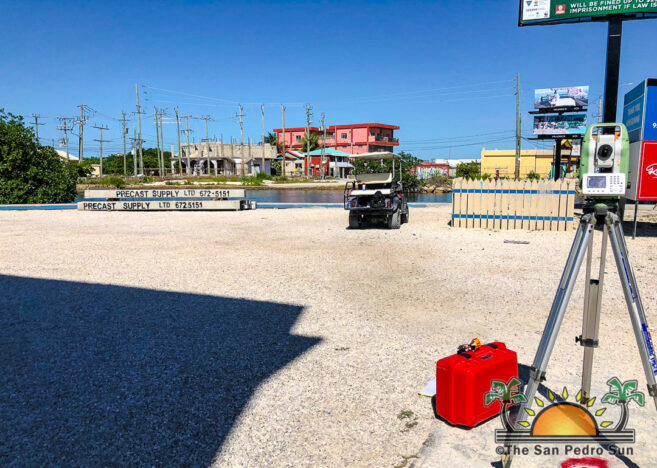 The new bridge will address the traffic flow demand heading into and from the northern part of Ambergris Caye, targeting large, heavy vehicles. While a new and stronger bridge is needed, some people question the route leading to the new structure. Motorists will need to make a slight left turn, passing almost in front of a local church in the immediate area. Others have questioned the width of the driveway accessing the bridge that big cargo trucks will use. 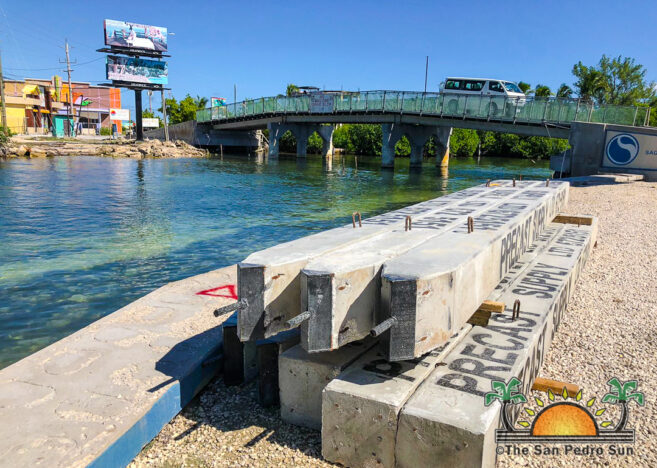 Mayor Gualberto ‘Wally’ Nuñez disregarded any possible complications and added that the accessibility to the new bridge should not interfere with the church’s operations. According to him, the driveway leading to the new bridge is on public property. Nuñez anticipates work to start by next week, before the end of the year. 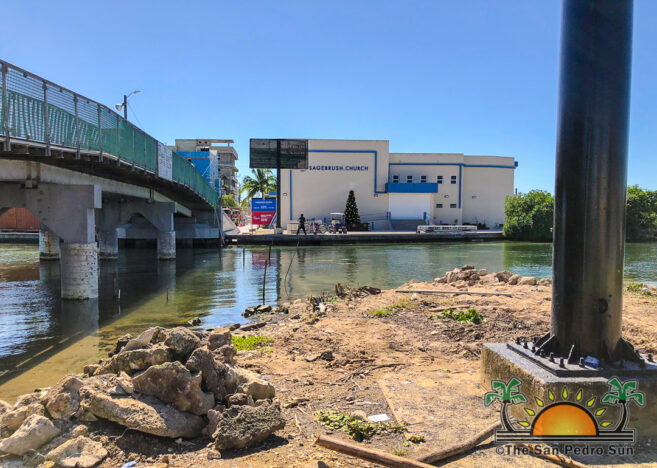 Once the new structure is complete, the existing Sir Barry Bowen Bridge will be fully renovated and turned into a more substantial, concrete bridge. The current bridge, officially opened in 2006, was built to accommodate golf carts and pedestrians only. As the island grows, the vehicular traffic, including vehicles, cargo, and dump trucks, all utilize it. This has resulted in wear and tear, and island officials are concerned it could collapse. Thus, the need to quickly address the concerning issue that threatens to jeopardize the safety of the many islanders using this passageway daily. 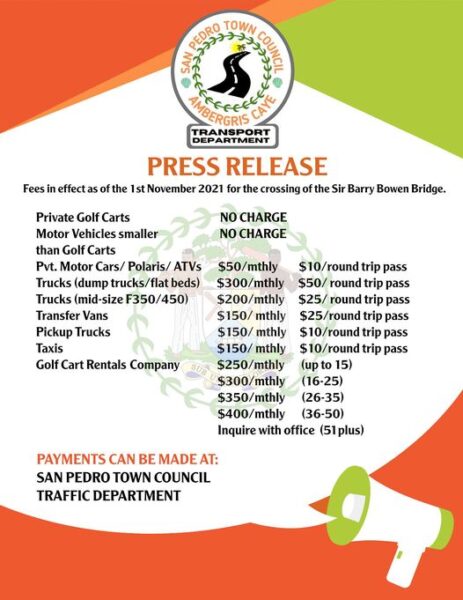 The estimated amount to construct the new bridge is around BZ$1.5 million. These monies will reportedly need to be paid back. To raise such funds, the SPTC started implementing a toll on the current Boca del Rio bridge on November 15th, charging according to the image above. According to Mayor Nuñez, these fees will be used to keep the bridge in good condition.