The reconstruction of the Sir Barry Bowen Bridge in the Boca del Rio area may not be completed by the end of the year as previously projected by the San Pedro Town Council. Mayor Gualberto ‘Wally’ Nuñez said on Wednesday, November 23rd, that it may take up to February 2023 before the concrete bridge is fully open to motorists. 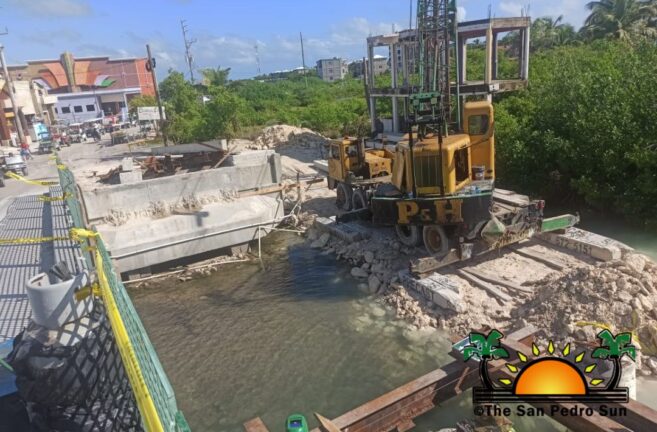 When Nuñez’s administration took office in 2021, they noticed that the bridge, which had been built mainly of hot-tip galvanized steel and wooden planks, was in deplorable condition. They feared it could collapse and started working on securing funds through a loan to turn the old wooden bridge into a concrete structure. Works began in December 2021, and currently, only half of the bridge has been finished. This side of the bridge is fully concrete and includes an aisle for pedestrians. 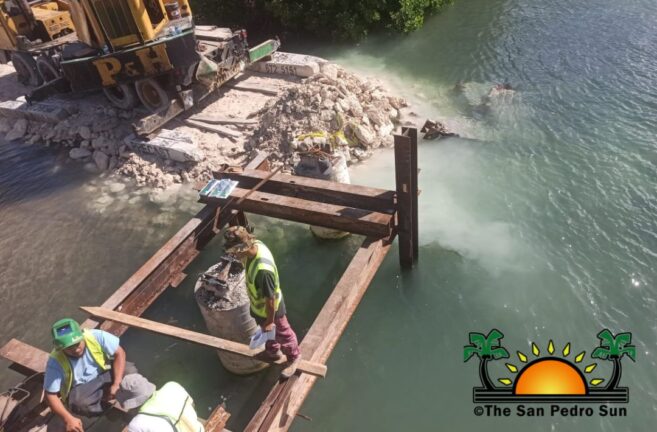 The other phase of the bridge reconstruction saw the dismantling of the other wooden section. Works saw a delay due to Hurricane Lisa in early November, and instead of being completed by the end of December, the Mayor said additional time would be needed to complete the job. “We are asking the general public to cooperate with us and be patient. When the bridge is ready in a couple of months, it will make commuting between the south and north of the island much easier,” said Nuñez. Currently, the traffic on the bridge is taking place only on the side that has been completed, creating congestion during the peak hours of the day. 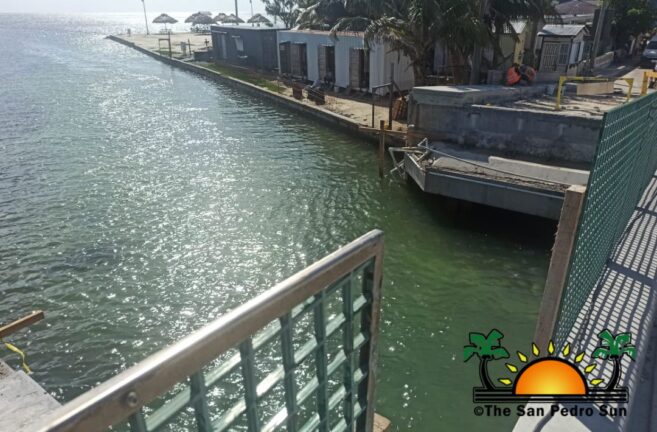 Area Representative Honourable Andre Perez said that rehabilitating the bridge was a top priority when they came into office. He also asked islanders to be patient and that the delay is because the reconstruction must be done as best as possible to guarantee a sturdy bridge that will last. 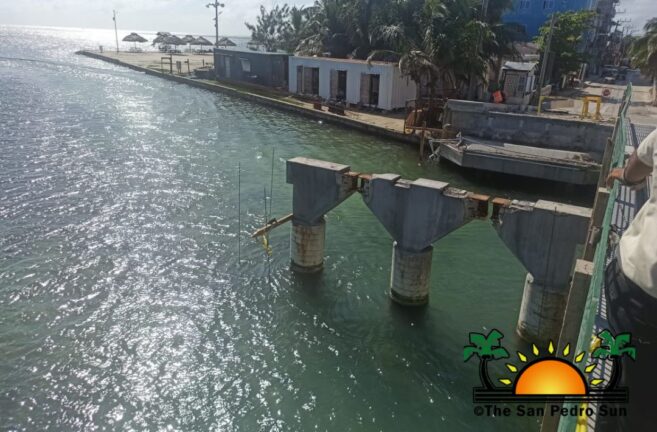 The cost of the project was initially set at $2 million, however, months later, the Mayor mentioned in an interview that they would need $3 million more to complete the bridge. No updates have been made available to say if the cost has changed.