On the second day of their tour in Belize, Sunday, March 20th, Prince William and wife Kate Middleton visited a family-run cacao farm called Che ‘il Mayan Chocolate in Maya Center Village. Later in the day, they were treated to a cultural festival in the coastal village of Hopkins, where the royal highnesses showcased their dance moves during a Garifuna dance presentation. 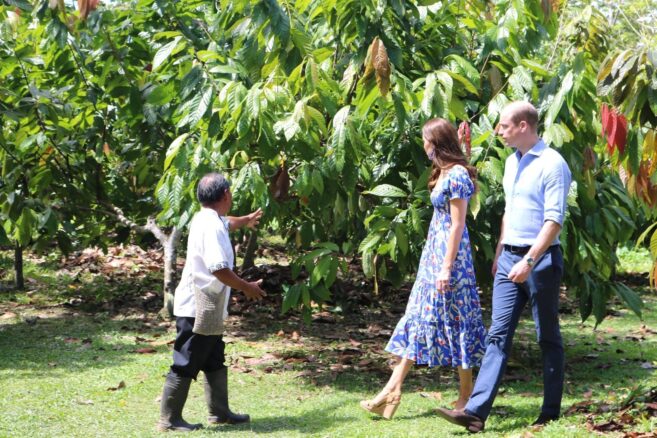 The first on their itinerary was visiting a cacao farm, where the royals indulged in their love of chocolate. Prince William and Kate were shown around the farm and learned the process of making chocolate. Kate engaged in grinding cacao beans using a traditional mano and metate stone tool. 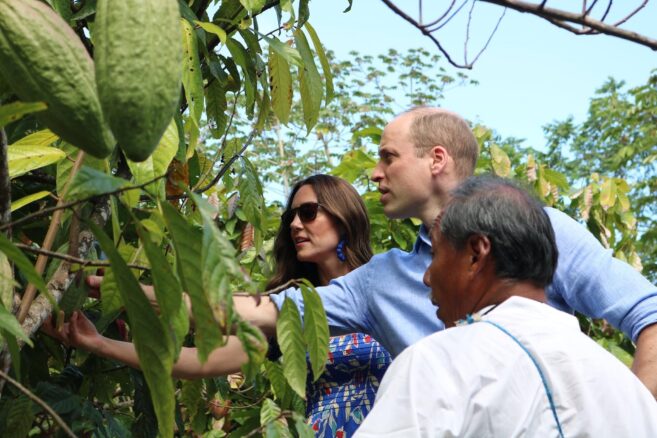 Near noon, Hopkins village prepared for the arriving royal couple, with residents and even students awaiting their arrival. They were warmly welcomed, and Prince William and Kate took the opportunity to greet the people and children gathered near the beach. They were then escorted to an area shaded by a thatch roof, and a food and dance presentation started. Traditional drumming began, and Kate was quick to join the Garifuna dancers. William was at first just observing, but then lost his shyness and started dancing with local organizer Laura Cacho. She briefly mentioned that Prince William has a good rhythm and Kate was a spectacular dancer.

They were also introduced to Garifuna dishes by Belizean chef Sean Kuylen, such as Hudut, plantain coconut broth, Sahau, and Cassava bread, which William said was delicious. 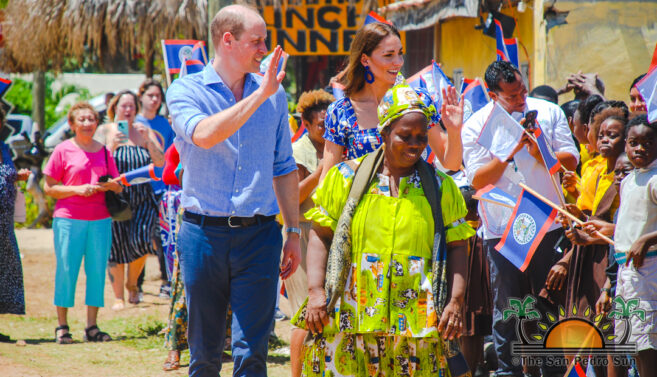 Afterward, they walked on the beach, where William and Kate planted a tree. They continued along the coast, interacting with the locals, and then onto a newly constructed pier. The Director of Belize’s Fisheries Department, Beverly Wade, accompanied them. Wade said the Duke and Duchess learned more about Belize’s marine resources and their importance for Belizeans living in coastal communities like Hopkins. They walked along the beach and streets of the village one more time, thanked everyone, and then left.

On Monday, March 21st, they will end their official trip with a visit to the Caracol archaeological site and the British Army Training Support Unit training camp, both in the Chiquibul forest of the Cayo District. Later in the day, after 5PM, they will be treated to a reception by Cahal Pech archeological site near San Ignacio Town in said district. The visit is to commemorate Queen Elizabeth’s II Platinum Jubilee, marking her 70th anniversary in the British Monarchy. The trip is to strengthen ties between Belize and the United Kingdom.