« Older: Increase in Social Security contributions go into effect in April
Newer: » Royals will not visit Indian Creek in the Toledo District after villagers protest


Belize is making final preparations for the official royal visit of Prince William and Kate Middleton, the Duke and Duchess of Cambridge. The royal couple is visiting the country as part of the celebration commemorating Queen Elizabeth’s II Platinum Jubilee. They will arrive in Belize on Saturday, March 19th, for a three-day visit. The trip to Belize is one of 15 in the Commonwealth for which Her Majesty remains the head of state. The Duke and Duchess will also visit Jamaica and the Bahamas as part of this tour. When they arrive in Belize on Saturday afternoon, William and Kate will have their first official visit with Prime Minister Honourable Dr. John Briceño at his office in Belize City. They will also visit with Governor General Her Excellency Froyla Tzalam and other government officials. On Sunday, the royals will visit a cacao farm at a Maya community in the Toledo District, southern Belize. Afterward, the itinerary will include a cultural highlight at a Garifuna community in the Stann Creek District. The royal tour will include the Cayo District, where the prince and his wife will visit archaeological sites such as Caracol and Cahal Pech. These two sites will be closed to the public until Tuesday, March 22nd, when the visit ends.

Besides enjoying and exploring Belize’s rich biodiversity, they will also visit with members of the British Armed Forces based in the country. William has been to Belize before when he served in the British military. In 2000, he spent some time training in the Mountain Pine Ridge of the Chiquibul Forest. 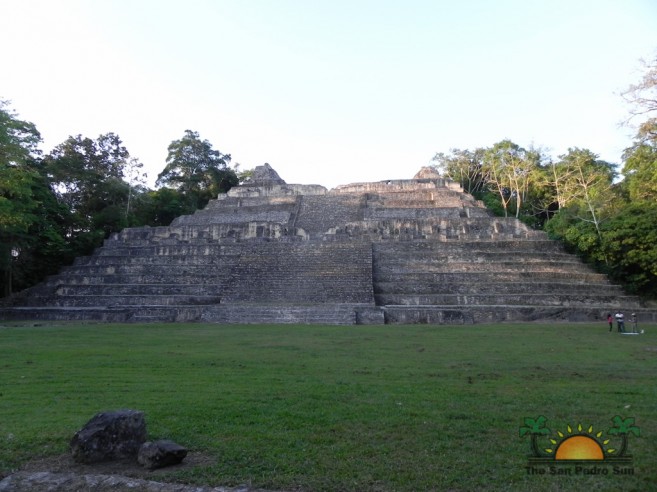 Some changes in the schedule

During the planning of the royal visit, the Duke and Duchess of Cambridge were scheduled to visit an area in the country to see Belize’s pioneering work in coral reef restoration. One key area in the country engaged in this important program to restore reef areas damaged by climate change or other factors is Fragments of Hope around Placencia in southern Belize. This item in the itinerary appears to have been amended, perhaps because of the tight schedule.

Ambergris Caye was reportedly one of the places scouted in the initial plans of the visit. Islanders were excited when rumors spread that Prince William and Kate would visit and disappointed when they learned the royals would not be visiting La Isla Bonita.

As last preparations continue by Belize’s Ministry of Foreign Affairs, The San Pedro Sun will bring you updates and highlights of the royals traveling the country throughout the weekend.