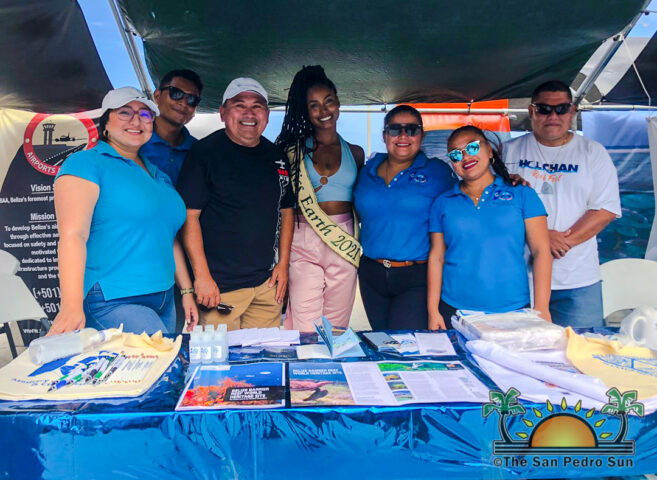 The long-week event started on Monday, May 16th, and was celebrated under ‘Facing Adversities Together… Working to Secure our Coastal Resources.’ The reef celebration started with an online trivia and announcement of the online TikTok jingle competition winners. This competition asked participants to post videos promoting reef celebrations. The winning submissions were featured on Facebook.

The following day there was a Scavenger Hunt across town. There were trivia competitions at the Lions Den involving primary schools on Wednesday and Thursday. The San Pedro High School and pre-schools were also involved in the education part of the reef fest. On Friday, the San Pedro Lions Den installed garbage bins at the Boca del Rio beach park, and there was a movie night offered to the public at central park.

On Saturday, May 21st, there was a massive coastal clean-up. Many volunteers participated, including members of the Blue Economy and Civil Aviation Ministry, San Pedro Lions Den, Hol Chan, and San Pedro Town Council. Heaps of garbage were collected. The island is cleaner following this much-needed activity.

The event ended with a fair at Boca del Rio beach park on Sunday. There were booths with environmental information, and Miss Earth 2021 Destiny Wagner was present for the culmination of the event to raise awareness of the importance of taking care of the second largest barrier reef that borders the country of Belize. 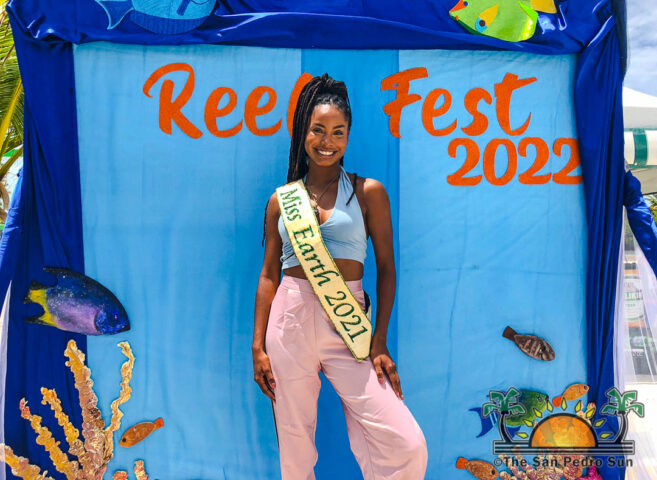 As activities continued at the park, such as balloon toss and slow bicycle race, the first three top teams participating in the kayak race made it to the finishing line. The race launched earlier and followed the route from Boca del Rio channel, into the lagoons side, around the island’s southern tip, and paddled on the windward coast back to where they started. The top three teams were Sunset Paddlers in the first place, followed by Team Oceans 23, and in third place Ramon’s Village Divers.

Minutes later, the first Lionfish teams were in with iceboxes full. After tallying all points, team Ramon’s Village Divers won the prize for the largest and smallest Lionfish. In second place was Team Lionking. The evening of activities continued as Caribbean Kings provided live music.