On Tuesday, February 16th, the San Pedro Saga Humane Society was notified about an anteater/antbear found at a private residence along the beach in the vicinity of The Island Academy School. The long-nosed mammal was observed up in a coconut tree, from where Saga staff members retrieved the animal. The anteater was then immediately transported to the Animal Wildlife Clinic in the Cayo District via Tropic Air, where checks and treatments were administered. 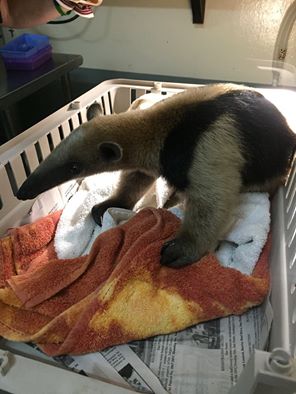 Ingrid Lima of the Saga Humane Society, stated that so far, they do not know if the anteater belonged to anyone as there were no indications as to an owner. It is not common to spot the solitary creature on the island, and this lead Saga to suspect that maybe it was being kept captive.
According to Lima, she was notified from the Animal Clinic in San Ignacio Town that the anteater, which has been identified as a female, has been admitted into a rehabilitation program and is doing well. However, upon arrival it was noticed that she was suffering from a wound to one of her legs, which was immediately treated. The team at the Animal Wildlife Clinic is looking forward to releasing her back into the wild as early as next week. 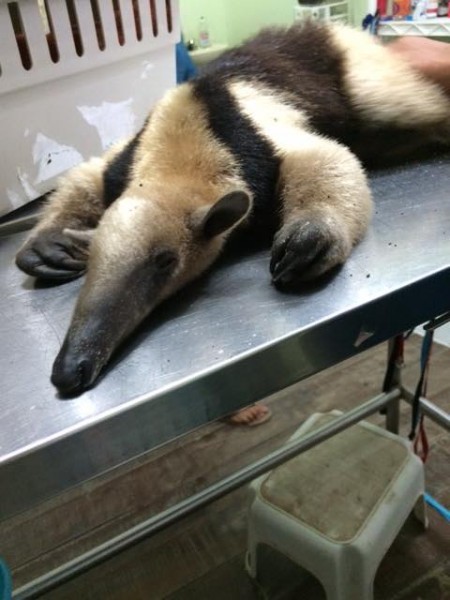 The Tamandua or collared anteater/antbear is a diurnal and nocturnal, arboreal, terrestrial and solitary creature that can be found in Central and South America; from the south of Mexico throughout all of Central America including Belize. It feeds mainly on ants, termites, and bees extracted after ripping apart their nests with their fore claws. They are known to live in the more remote areas of northern and southern Ambergris Caye, and rarely are they seen in the populated areas of San Pedro Town.
According to the Belize Wildlife Protection Act Revise Edition 2000 ‘wildlife’ means all undomesticated mammals, birds, and reptiles and all parts, eggs and nests of any of these wildlife forms. Possession of any wildlife without a permit from the Belize Forest Department can result in imprisonment of fines equivalent to the offense committed.
If you know a person keeping a wild animal as a pet please contact the Belize Forest Department at 822-1524/ 822-2079 or email [email protected]