Home » Crime & Violence » Guest Editorial: We need tougher laws… But not for me

We need tougher laws… But not for me 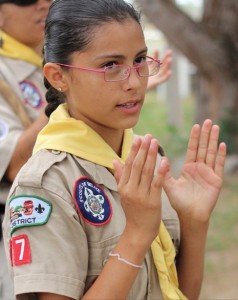 In memory of Jasmine Lowe

Another young girl is dead.  The country is momentarily galvanized by outrage and grief.  Another vigil will be held.  People are calling for protest marches.  “Enough is enough!” we cry.  And ultimately what will change in Belize?

I hope to God I am wrong.  I really hope I am underestimating the people of my nation.  I hope that one day soon we will look back at the tragic events of this week and remember Jasmine Lowe as not just another unsolved mystery, but as an angel sent to bring real change to our beleaguered country.  That her death was the tipping point when society finally moved to take real concrete action and accept the burden required for change.  That in the wake of this young girl’s murder, Belizeans finally decided they would become part of the process required to return our country the “tranquil haven” we love to sing about.

Unfortunately, recent history has shown that once the emotions subside we will not only return to our apathetic ways, but we will actively resist any attempt to improve the situation.

I remember attending a vigil and rally for the victims of “Jack”, five young girls who were sexually assaulted and murdered in a short period between 1998 and 1999.  The murders of those children remain unsolved.  But back on that day the most recent murder was still fresh in our minds and the emotions were raw.  When one of the speakers called for the “immediate ban on heavily tinted vehicles” the crowd roared back with its support for such a simple measure that would be one very small step towards making the streets safer for women and children.

Over a decade later, when government finally brought in legislation to limit the level of tint the majority of Belizeans balked.  The talk shows lit up with callers complaining that they should be allowed to tint their vehicles as dark as they please.  The opposition party openly ridiculed the government and dismissed this regulation as useless whimsy.  People, as they are prone to do in our country, simply thumbed their nose at yet another attempt to regulate anything in our society.

Now I am not suggesting Jasmine Lowe would be alive today if people complied with the law on vehicle tinting.  It’s not that simple.  But it is a perfect example of how we seem to resist every attempt to regulate society as soon as those regulations impede in the slightest on our own personal freedoms.

It’s absolutely useless to demand change and march in protest if we then turn around and fight the very authorities we call upon to change things.  We all want proper enforcement of laws and regulation, but we don’t want to actually comply ourselves.  How can any central authority be expected to effectively manage society if we resist every effort to impose regulations on us as individuals?

It’s time to face the fact that many of us are part of the problem.  It’s time to admit that everyone of us who disregards the simplest effort to bring order to chaos contributes to the wider problem of crime and violence.  Every time we expect to be exempted from the rules that govern our society, every time we resist additional regulations we undermine the entire system of law and order in Belize.

The police put up a checkpoint and we grumble about the 3-minute delay in our commute.  The law says we can’t serve alcohol to minors but we let the teenage girl drink in our bar or restaurant because the men buying her drinks are good (or well connected) customers.  The government says we must pay our taxes and duties yet we hide our transactions or use our connections to avoid contributing our fair share.  Most destructively of all, we turn a blind eye to those around us who operate outside of the law.

Every person in Belize seems to have a justification for why the rules are for everyone except themselves.  Political affiliation, economic status, family lineage, social network, race, gender, attitude, even level of attractiveness and physical prowess all seem to be legitimate exemptions to the laws and regulations that only ever apply to someone else.

You say you want to live in a safer society.  You want the government and law enforcement agencies to crack down on law-breakers.  You demand change.  But are you willing to play your part in that process?  Will you abide by increased regulation and enforcement efforts, or will you push back as soon as law and order becomes inconvenient for you?  Will you help pay the cost of public security or will you continue to work outside the system in order to benefit yourself?  Will you use your ballots to elect people of integrity to manage the affairs of our nation, or will you sell your vote to the candidate who offers you special favours?

A good friend of mine once described Belize as a “wonderful balance of order and anarchy”.  The problem now is the scale has tipped way too far in favour of anarchy.  It’s not just the gang-bangers, and drug dealers, and sexual predators who are destroying Belize.  We are all part of the problem whether we actively contribute to crime and disorder, passively resist attempts to improve the situation, or simply stick our heads in the sand.  Belize is broken. It’s seriously f*cked up.  There is nothing unpatriotic about saying that out loud.  The first step is always admitting you have a problem.

Yes, it’s a long and dotted line that connects the cyclist who rides against traffic, the bar owner or shopkeeper who does not abide by the condition of their liquor license, and the business person who cheats on their taxes, to the animal who would kill 13-year old Jasmine Lowe.  But how can we expect a society that cannot even adhere to the most basic tenants of order and governance, to protect our most vulnerable citizens?

I am encouraged to see Belizeans come together in this moment of national grief.  I am comforted by the fact that despite the overwhelming amount of senseless crime and violence we are exposed to daily, something can still touch our collective soul.  By all means, please take to the streets to march in protest.  Hold vigils in remembrance.  Flood the talk shows with angry pleas for justice and improved security.

Then take a moment to look inward and ask yourself, will you work to improve our society or resist those efforts once they become inconvenient for you as an individual?

Emerito Itza succumbs to injuries at the KHMH