San Pedro tour guide, 48-year-old Gilberto ‘Hillyboo’ Lara, continues to recover after being shot on Saturday, January 20th. The shooting incident took place shortly after 3AM while Lara was driving a golf cart in the company of 25-year-old Honduran waitress Katherine Vanessa Torres Zelaya. Lara apparently received a gunshot to the chest, while Zelaya was grazed in the back. Both were transported to the Dr. Otto Rodriguez San Pedro Polyclinic II for treatment. Zelaya’s less severe injury was treated at the Polyclinic. However, Lara was later transported to the Karl Heusner Memorial Hospital (KHMH) in Belize City where he was initially admitted in a critical condition, but later stabilized. After a couple of days in the hospital, he was released. 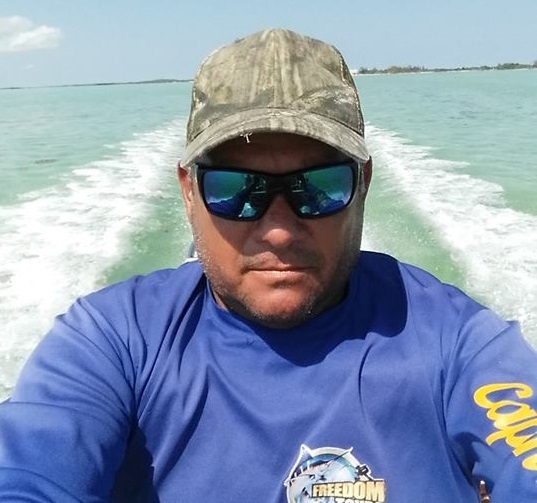 However, the police are yet to provide an update on their investigation, as no motive has been established for the attack.
The only official report from authorities indicates that about 3:30AM on Saturday, they observed Lara suffering from an apparent gunshot wound to the left side of this chest, and Zelaya with a graze to her right upper back. Initial investigations revealed that they were traveling by golf cart on Seaweed Street in the San Juan Sub-division when they heard shots and realized they had been hit. They then drove to the San Pedro Police Station where they were assisted by officers on duty and transported to the Polyclinic.
Lara has not offered any comments to the media regarding the attack, but following his release from the hospital, he thanked everyone that stood by his side via a post on his Facebook page. He also thanked both the medical staff at the Dr. Otto Rodriguez San Pedro Polyclinic II and at KHMH. Lara said in his post that he continues to recover and is feeling well.
Residents know Lara as a successful fisherman and tour operator, and many do not know why anyone would want to harm him. One person stated that shortly after Lara was shot a boat was seen speeding on the lagoon side using just a flashlight for navigating and claiming that the occupant was a well-known drug dealer. However, those statements have not been confirmed by the local authorities, maintain that they are investigating the matter.
This violent incident is one of the three committed on the island for the month of January. The first shooting took place in the early hours of Tuesday, January 16th, which resulted in the death of island resident 26-year-old Alfredo ‘Coto’ Cowo. He was in the company of his pregnant girlfriend, sitting on a golf cart by Central Park when a lone shooter opened fire on him. He was shot in the chest and succumbed to his injuries while being transported to Belize City. On Friday, January 19th, 33-year-old William Godoy was charged with the murder.
Exactly one week later, on January 23rd Jimell Paul Jex, who had recently moved to San Pedrito, was shot dead while on his way home. In the shooting, his cousin Dion Neal was shot to the lower back. He was transported to the Dr. Otto Rodriguez San Pedro Polyclinic II where he was treated.
The Police Department continues to encourage the general public to work along with the Department. They ask anyone with any information that can solve a crime, to contact their nearest police station. In San Pedro, the station can be visited on Pescador Drive, or call via phone at 206-2022. Anonymous reports can also be made by calling Crime Stoppers Belize at 0-800-922-8477.