Police have confirmed the identity of the lifeless body of a Caucasian male person found in the Rivera Area of Belmopan City to be that of 74-year-old Richard Foster. 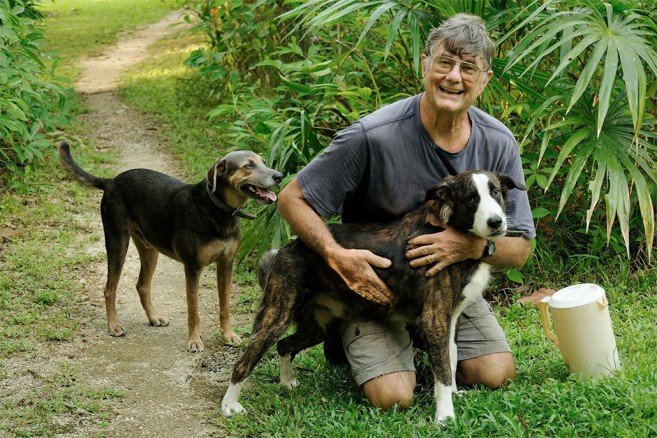 Foster, a renowned British filmmaker residing in Belize, was reported missing on Tuesday, August 7th, after his wife Carol could not get in touch with him from the United States. A check on his residence at Mile 28 ½ by the George Price Highway revealed Foster’s home open and ransacked, his vehicle and two guns missing, and Foster nowhere to be found. He was found dead later that same day in the Capital City with what appears to be multiple stab wounds and head injuries.

After police suspected that Foster had been abducted, his Toyota Hilux was found in a bushy area at Mahogany Heights. According to a police report, they then received information about a body that was found in the Rivera Area of Belmopan. After the scene was processed, the lifeless body was identified as Richard Foster’s. His body was observed with multiple stab wounds and head injuries. The body was transported to the Western Regional Hospital, where Foster was pronounced dead on arrival.

Foster was apparently alone at his residence, while his wife Carol was out of the country. According to a statement from Carol, she became concerned when calls to her husband went unanswered. She asked 61-year-old Belizean retiree Glen McFadzean of La Democracia Village to check on her husband. Upon making checks, McFadzean was met with what appeared to be a burglary scene. Foster was nowhere near the house or the area. A nine millimeter Smith and Wesson and a twelve gauge all-purpose pump action shotgun were also missing. 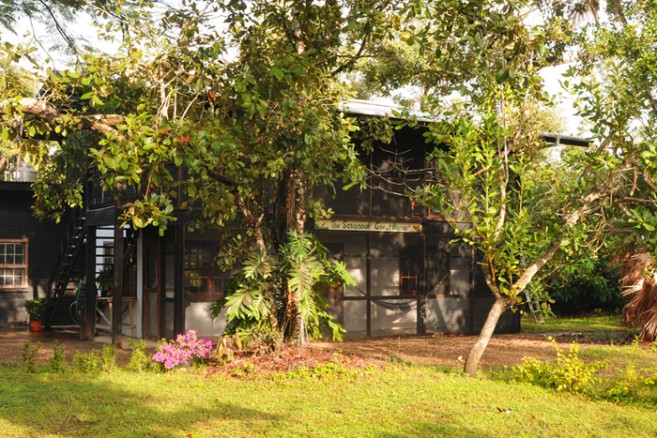 Carol and Richard Foster own and operate the Savanna Guest House, which is part of a natural history filming base and studio. Many documentaries for National Geographic TV and BBC have been made at the guesthouse/studio, including parts of the Planet Earth and Life series. Richard and Carol have, so far, won two Emmys and numerous other awards for their work in Belize and around the world. Foster, an animal lover and Natural History Filmmaker, worked closely with the Belize Zoo during his time in Belize.

Police have launched an investigation into Foster’s murder. 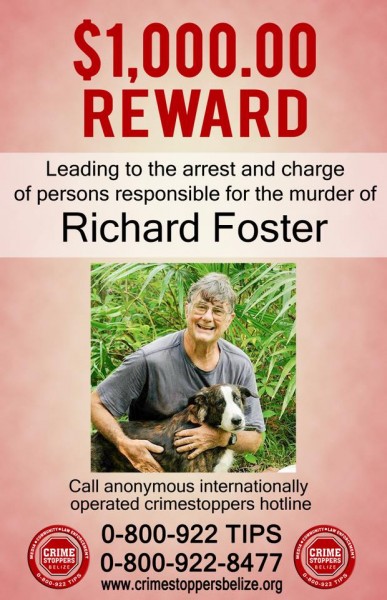 A $1,000 reward is being offered for information that leads to the arrest and charge of the person(s) responsible for the murder of Richard Foster. Please use the anonymous Crimestoppers hotline to report any information. These calls are answered by Miami Dade detectives in Florida. 0-800-922-8477 or 0-800-922-TIPS