32-year-old Raymond Lamb of San Pedro Town is behind bars at the Belize Central Prison after he was arrested for stealing jewellery and valuables worth more than $40,000 from a hotel on the island. Lamb was tried in Belize City’s Magistrate Court as San Pedro Town’s Magistrate was not in office. 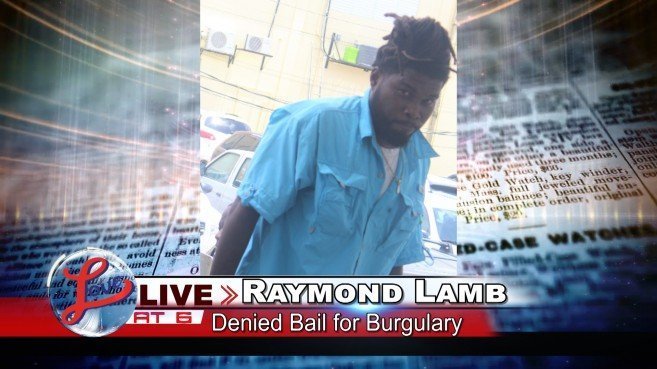 According reports, the incident took place on Saturday, July 6th inside the room of one Misty Harris. Lamb allegedly broke into the hotel and stole an assortment of items that ranged from electronics to jewellery. Reports further indicate that Lamb was caught in the act and according to the prosecutor Christopher Smith, he was positively identified by two persons.
During the court case before Senior Magistrate Tricia Pitts-Anderson, prosecutor Smith asked Anderson to take into account the prevalence of the crime of Burglary and to make a decision that will assist the police in combating crime. Lamb appeared unrepresented in court, and no bail was offered. He asked the Magistrate for consideration saying that he is the father of four children and the youngest is three weeks old. Lamb further mentioned that he is innocent and that police are unfairly accusing him with no evidence. Despite his plea for consideration, he was remanded until his next court date on September 3, 2019 at the San Pedro Magistrate Court.
Lamb was recently released from a similar offense that occurred on June 13th, but managed to get out on bail.