Police in San Pedro Town continue to investigate the double-murder of local tour guide, 53-year-old Mario Nestor Graniel Jr. and American National, 53-year-old Dr. Gary Paul Swank. They were both gunned down on Sunday, June 23rd, while on a fly-fishing trip at sea on the leeward side of Ambergris Caye. While investigations continue, no arrests have been made.

The tragic incident occurred shortly after 11:30AM when Graniel and Swank were out at sea on a private fishing tour. The official police report stated that before midday, they responded to a report on the western coast of the island, where they found Graniel’s lifeless body inside a purple and black skiff with the registered name ‘Johnnie G.’ A short distance from the boat, they observed Swank’s lifeless body floating face down. Both persons were observed with multiple gunshot wounds to the body. The bodies were transported to the Dr. Otto Rodriguez San Pedro Polyclinic II, and later to a morgue in Belize City.

Initial investigations indicate that while Graniel and Swank were fly fishing, a dark-colored skiff passed by and opened fire on them. 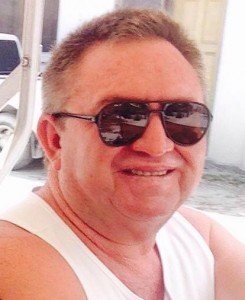 Graniel (left) was a well-known private fishing guide, and many island residents acquainted with him say he greatly contributed to the fly-fishing industry on the island. 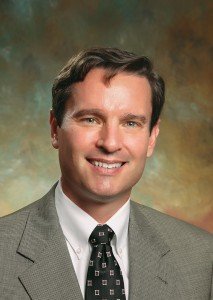 Meanwhile, Dr. Swank (right) was an international cardiologist from the city of Roanoke, Virginia, United States of America. The doctor, who worked at Carilion Clinic, was also a medical director at said clinic’s Cardiac Catheterization Lab and an associate professor of internal medicine at the Virginia Tech Carilion School of Medicine. Swank was reportedly on holidays in Belize with his wife and three children. Carilion Clinic issued an official statement on Monday, June 24th lamenting the tragedy. “We are heartbroken at his loss,” the statement read. “Dr. Swank was a well-respected and well-loved colleague who, each and every day, embodied the values that we hold dear.”

As an island community reels from shock and mourns the loss of two lives, local government authorities have remained silent in the wake of this violent incident. The San Pedro Sun reached out to Mayor Daniel Guerrero for a comment on the escalating violence on the island, but he declined to speak to the media. The Sun also reached out to Officer in Charge of the Coastal Executive Unit, Superintendent Reymundo Reyes, to no avail. Beyond the initial police report, there have also been no further updates from the National Police Department.

On the national level, Leader of the Opposition People’s United Party (PUP) Honorable John Briceño, issued a statement regarding these violent acts. “The People’s United Party is once again expressing great concern about the continuing senseless violence across our nation. The PUP holds the Barrow Administration completely responsible for yet another six months in which the general law-abiding citizenry continues to be paralyzed by crime.” The statement also pointed out that as of June 23, 2019, there have been 70 murders countrywide, excluding the pending cases of missing persons. Additionally, the PUP said that the ruling United Democratic Party “continues to ignore the economic, social, and environmental factors that induce crime. Social partners and the Opposition are ready to work together with the Prime Minister and the Minister of National Security to formulate a real crime-fighting plan. Crime is an issue which should never be made political; it’s a problem that requires all sectors of society to fight it together.”

These recent murders on the island mark the seventh for 2019 and account for 10% of the total murders (70) in the country so far. The US Department of State has officially released a Level 2 Travel Advisory for Belize, due to ‘violent crime,’ such as sexual, assault, home invasions, armed robberies, and murder.

Caribbean Depot Collections Officer robbed on the way to the Bank