A total of seven murders were recorded on Ambergris Caye as of press time for the year 2019, while three individuals remain missing. This figure reflects a decrease of 42% for the island murder count when compared to the 12 cases registered in 2018. The missing persons are 27-year-old Silverio Cal, 26-year-old Melvin Montesino, and 32-year-old Marvin Antonio Mendoza.

The first murder for 2019 occurred shortly after midnight on Friday, January 11th when 51-year-old police Corporal Alfonso Guy was fatally shot with his own police-issued weapon. According to an unofficial report, at about 12:30AM, Guy was inside his apartment/room located in the San Juan Area along with a friend. His friend began playing with Guy’s black Bersa Brand .9mm firearm and allegedly pulled the trigger causing the firearm to go off, causing the fatal injuries to the officer. Following an investigation, 25-year-old Danilo Villatoro was arraigned for Guy’s murder on Monday, January 14th at the Belize City Magistrate Court. To date, the court proceedings are ongoing, and no ruling has been made in relation to the case.

Horace Cadle Jr. was the second murder victim of 2019. He was stabbed to death on Blake Street in the San Pablo Area of San Pedro Town on Wednesday, March 13th. The official report indicated that Cadle was stabbed 28 times and while suspects were initially arrested, none were officially charged. Cadle’s murder remains unresolved. 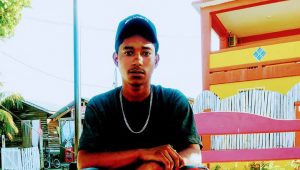 The third and fourth murders were a fatal broad daylight double shooting in the Boca del Rio Area. 40-year-old Deon Faber and 35-year-old Allen Martinez were gunned down at around 1PM behind a mechanic shop on Thursday, March 21st. Arraigned for the murders was 25-year-old Anthony Carballo, however at the time of investigation police were seeking a female suspect believed to also have been involved. No further updates on Carballo’s court proceedings has been made available up to date.

San Pedro Town registered its fifth murder for 2019 on Thursday, May 2nd, following the shooting death of 18-year-old Brandon Humes in a second-floor apartment on Coconut Drive. At the time investigations suggested the murder was the result of a drug deal gone wrong. While one male suspect was shortly detained in relation to Humes’ murder, no official charges were levied. To date, the case remains open. 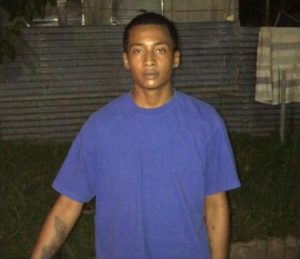 The final incident adding to the murder count was the most shocking. The brazen murder saw the deaths of a local tour guide as well as an American tourist. 53-year-old Mario Nestor Graniel Jr. and American National, 53-year-old Dr. Gary Paul Swank were both gunned down on Sunday, June 23rd while on a fly-fishing trip at sea on the leeward side of Ambergris Caye. A police report stated that Graniel and Dr. Swank were shot several times from a passing boat. Due to the nature of the incident, a special police team was formed to investigate the crime. Several persons of interest were arrested but once again no official charges were made. 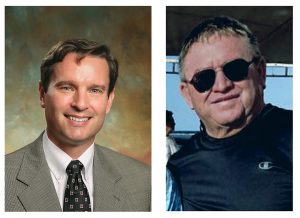 In Caye Caulker Village, the island only registered on murder for 2019. The incident involved 28-year-old Jayme Marin stabbing his cousin 17-year-old Isaac Isiah Marin to death while injuring 25-year-old Carlos Marin on Tuesday, October 22nd. Jayme Marin was charged with the crime of Murder, Attempt Murder, Use of Deadly Means of Harm and Grievous Harm. He was remanded to the Belize Central Prison until his next court trial on January 8, 2020.

While four out of the seven murders remain unresolved on Ambergris Caye, Police reassure the public that the investigations remain open. The San Pedro Police formation continue to ask for the public’s assistance in deterring crimes by reporting incidents and testifying to ensure that criminal elements are brought to justice. The San Pedro Police can be reached at phone number 206-2022, anonymous calls can also be made via Crime Stoppers Belize at 501-600-3563 or online at https://www.p3tips.com/

More on Community and Society
Another Lionfish Found

Leslie and Buffett’s big catch in the US