On Wednesday, March 13th, just before midnight, San Pedro Police were alerted of a body on Blake Street in the San Pablo Area of San Pedro Town. When police arrived, they observed the motionless body of 19-year-old Horace Cadle Jr on the side of the street. A closer inspection revealed that he had been stabbed several times to the right side of the chest and left side of the neck. No motive has been established, and up to press time, no one had been arrested. 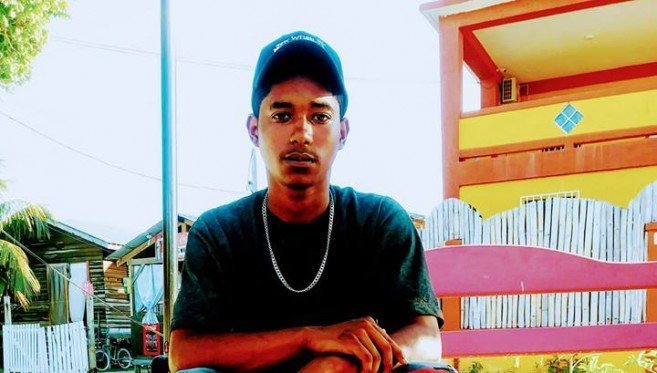 Cadle, a Belizean laborer, lived with his family by Marina Drive south of town, but according to witnesses, he used to frequent Blake Street. A couple of these persons who are familiar with Cadle shared that every night he would walk up that street alone or sometimes in the company of other persons. On the night of his demise, he was observed walking alone. Later, three Hispanic-looking men were observed walking in the opposite direction of the street, and minutes after the police were called after a driver discovered the body on the road.
The police report says that upon arriving at the scene, they observed Cadle dressed in a grey t-shirt and a red and grey 3/4 pants. He was bleeding from multiple stab wounds to the upper part of his body. Police canvassed the area and reported no useful information, nor murder weapon were found. Cadle’s body was transported to the Dr. Otto Rodriguez San Pedro Polyclinic II, where Dr. Fatima Oliva pronounced him dead at 12:56AM.
Family and friends are in shock, grappling for answers. According to them, he was not known to give trouble, and cannot believe that he was so brutally murdered. Cadle’s death marks the second murder on the island for 2019.

Two persons in custody following the murder of Marisela Gonzales