64-year-old San Pedro Resident Ernesto Caliz has once again been accused of sexually assaulting a minor. A 9-year-old boy is alleging that Caliz kissed his anus. Caliz was arraigned at the Magistrate Court in Belize City on Monday, July 8th, where he was offered an $8,000 bail plus two sureties of $4,000 each. Caliz was unable to meet his bail and was thus remanded to the Belize Central Prison until his next court date on September 12, 2019.

Caliz was unrepresented when he appeared before Magistrate Michelle Trapp. Prosecutor, Corporal Roman Andrews submitted to the court the allegations against Caliz, stating that he pulled down the minor’s pants and kissed his anus. Andrews told the Magistrate that this is not the first time such allegations have been made against Caliz and that no bail should be offered to the accused. The prosecutor added that the court should consider the tender age of the minor, who may be traumatized after the alleged act on him. Magistrate Trapp was also informed that the victim is someone known to Caliz and police is concerned that he may try to interfere with the child. 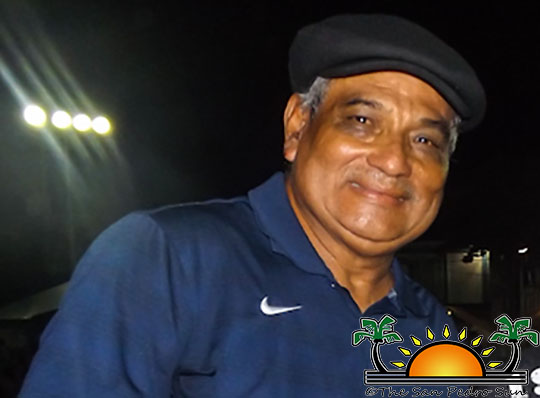 Despite this information shared by the prosecutor, Caliz was offered bail. The bail conditions indicated that Caliz must not interfere with the minor in any way. He is to stay 200 feet away from the child, report to the San Pedro Police Station once a week, every Friday effective July 19, 2019. Also, Caliz is not to interfere with any of the prosecution witnesses, whether directly or indirectly. These include the child’s aunt, uncle, and parents. Failure to comply with this order, his bail could be revoked. But by the end of the day (Monday, July 8th), Caliz had been unable to meet bail, and he was then remanded to the Central Prison.
This is the second reported case of Caliz sexually assaulting a minor. In December of 2016, he was charged for molesting a 3-year-old child. 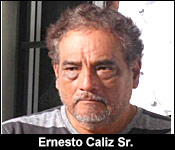 The incident was reported to San Pedro Police, and Caliz was denied bail at the San Pedro Magistrate Court. However, three days after, he was a free man after being granted a Supreme Court bail of $5,000.
It is unknown if the 2016 offense was ever settled in court. Before the first incident, Caliz worked at The San Pedro Town Council. He was dismissed from his job post following his charge in December 2016.