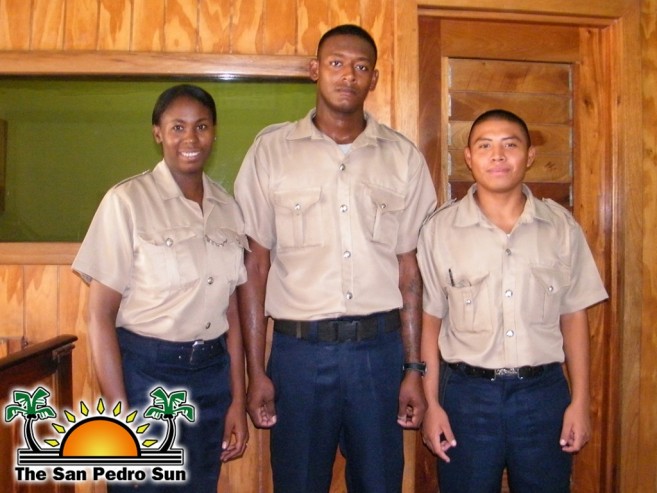 Police officer 37-year-old Arilee Young was the victim of a double murder in Belize City on Saturday, August 21st. The second victim was 17-year-old Sherana Cardenas, Young’s teenage daughter. Reports indicate that Young’s partner, a security guard identified as 26-year-old Robert Glenford Perriott, shot and killed them, turning the firearm on himself.

The double murder/suicide took place in a residence in the Kings Park area of the city. Information suggests that Perriott arrived from work late on Friday night with his job-issued weapon. Perriott and Young and her daughter allegedly got into an altercation. He reportedly shot both of them and killed himself.

Young with Robert Perriott
Young with daughter Sherana
On duty.

The police issued a report revealing that around 2:03AM, gunshots were heard coming from 4th Street in Kings Park. Police checked but did not see anything suspicious. Until 7AM, information reached the police, and officers were dispatched to make checks at the residence, where they found the lifeless bodies. The scene was declared ‘Murder/Suicide,’ and the house was secured from the inside. There were no signs of forced entry, but police had to enter by force.

In the house’s living room, both Young and her daughter were found with apparent gunshots to the body. A male person, Perriott, was observed in a seated position with an apparent gunshot and firearm still in his hand.

Originally from San Ignacio Town, Cayo, Police Officer Young was no stranger to San Pedro Town. After graduating from the Belize Police Academy in 2013, her first placement was at the San Pedro Police Formation. During her service with the island police force, she worked as a relief/patrol police officer. After some years on the island, Young was transferred to Belize City, where she was attached to Precinct 1.

Many islanders remembered Young as a hard-working officer and someone they respected. They were shocked to learn that her life and that of her young daughter were cut short. In San Pedro and across the country, flags at police stations will flag at half-mast in honor of Young.